As the year winds down, here's a look at the top newsmakers and buzzwords in Japan in 2018, a year marked by sports events such as the Pyeongchang Winter Olympics and soccer World Cup, as well as a slew of natural disasters including major earthquakes, typhoons and a scorching summer.

As is customary near the year-end, various traditional doll makers came up with their respective picks of the year's major newsmakers. 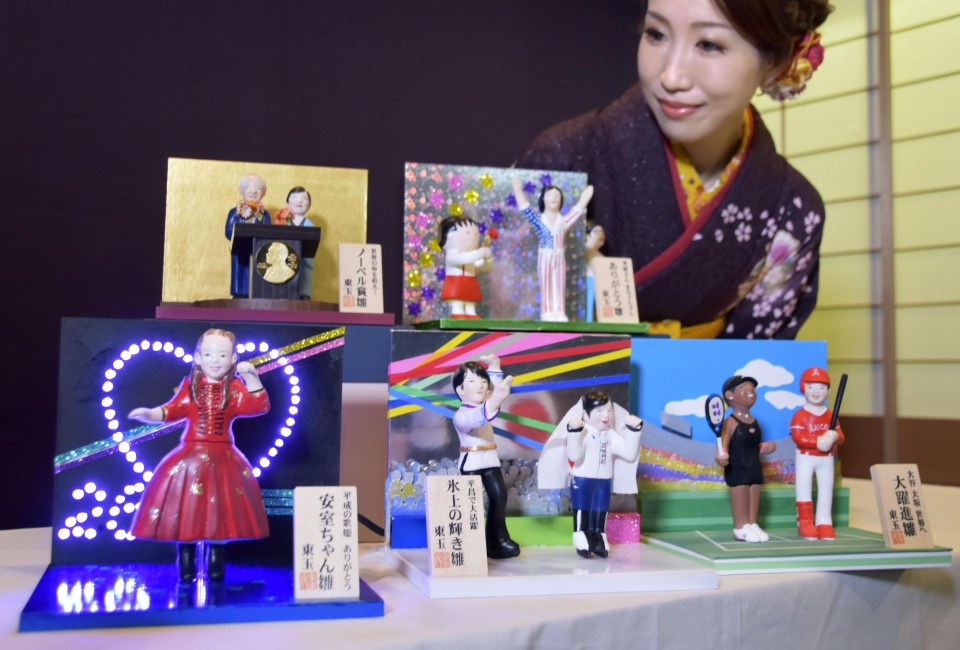 Two-time figure skating Olympic champion Yuzuru Hanyu and speed skating gold medalist Nao Kodaira, both of whom dominated headlines in Japan during the Pyeongchang Winter Olympics, were among the figures depicted in five sets of "hina" dolls unveiled by Togyoku Doll Co. in Saitama.

Namie Amuro, who retired after being one of Japan's leading music and fashion icons for over two decades, topped Togyoku's list, which also included dolls modeled after Major League Baseball's American League Rookie of the Year Shohei Ohtani, U.S. Open champion Naomi Osaka, and Tasuku Honjo, co-winner of this year's Nobel Prize in physiology or medicine, among others. 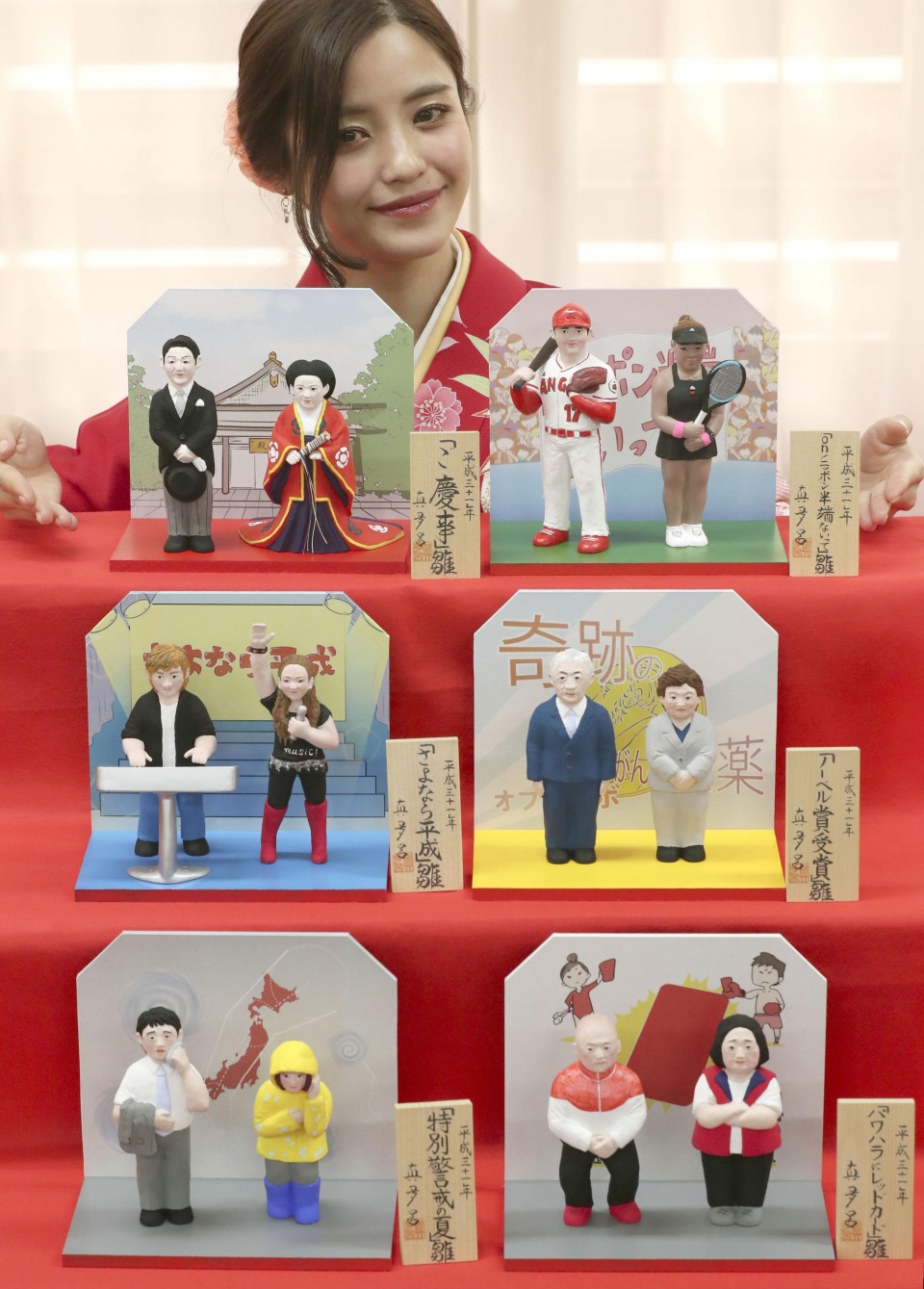 "It was hard to decide who to pick as we've had a number of exciting sports events and Japanese (athletes and others) made remarkable achievements overseas as well," said Kenji Kanabayashi, president of Mataro Doll, which has been unveiling such dolls every year since 1946.

The dolls at Togyoku are available for public viewing at its head office in Saitama starting Wednesday, while the Mataro dolls will be displayed at the company's showroom in Ueno from Jan. 4 to March 3, 2019.

Sports figures were also in the spotlight of Tokyo doll maker Kyugetsu Co.'s year-end "hagoita" battledores, colorfully decorated with reliefs depicting newsmakers of the year. Featured alongside Hanyu, Ohtani and Osaka was Koichi Ogata, manager of the Hiroshima Carp which won its third straight Central League pennant this year. 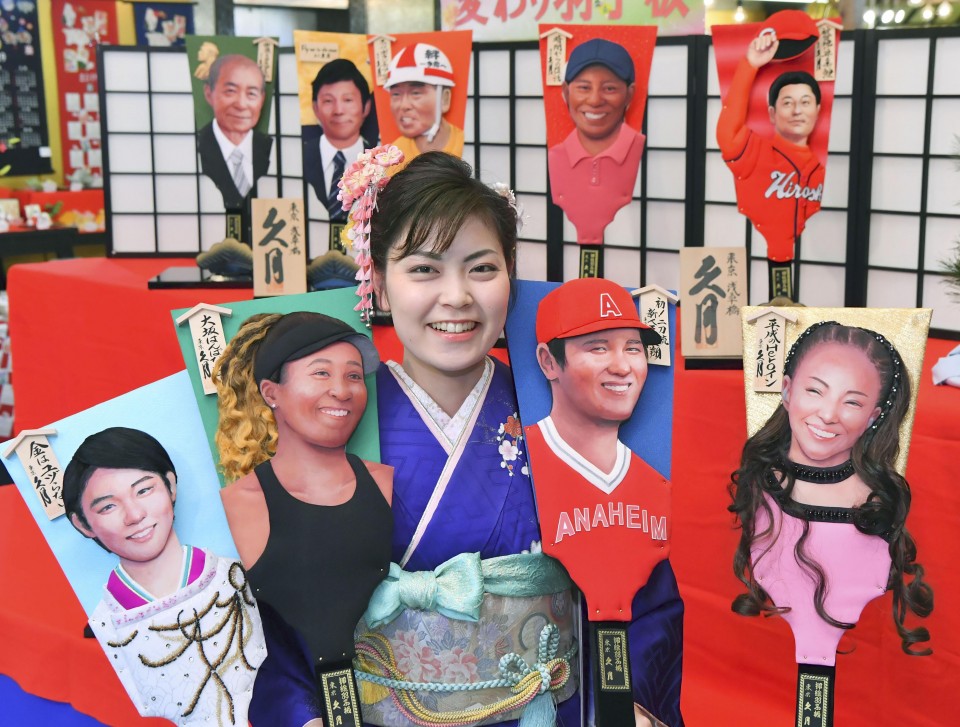 Also honored on the ornamental paddles were billionaire Yusaku Maezawa, who made headlines in 2018 as the first private passenger set to orbit the moon in a spaceship developed by Elon Musk's SpaceX, along with Amuro and Honjo, among others.

"I struggled the most in trying to make the one for (tennis) player Osaka look like her," said 27-year-old Yukari Suga, who was in charge of creating six of the battledores. "As I made them, I prayed that next year too will be a cheerful and auspicious year."

Meanwhile, "sodane," a word often used by the Japanese women's curling team to say "that's right" while playing their way to a bronze medal at the Pyeongchang Games, was voted the year's top buzzword.

The term caught on as the curling team from Hokkaido spoke it with an intonation considered cute and casual by stretching the last part of the word. 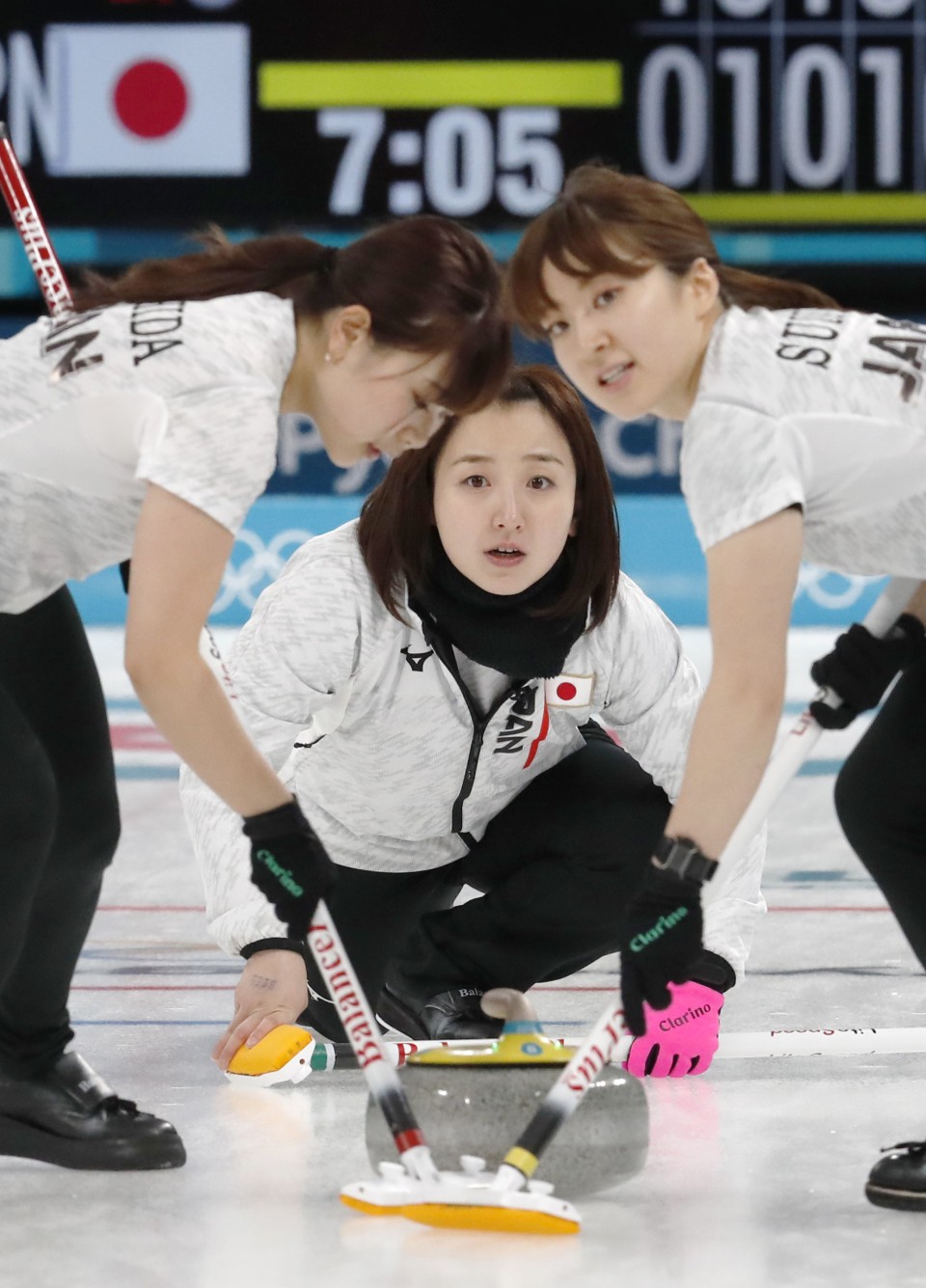 Among the other buzzwords chosen for the 2018 U-Can New Words and Buzzwords Awards were "hampa naitte," meaning "incredible" and which was used to laud the Japan men's national soccer team striker Yuya Osako's performance at this year's World Cup in Russia; and "saigaikyu no atsusa," or "disastrous heatwave," in reference to the intense summer heat.