Japanese fashion magnate Yusaku Maezawa said Tuesday he wants to take six to eight world-renowned artists with him to orbit the moon on the first-ever private space trip organized by U.S. firm SpaceX. 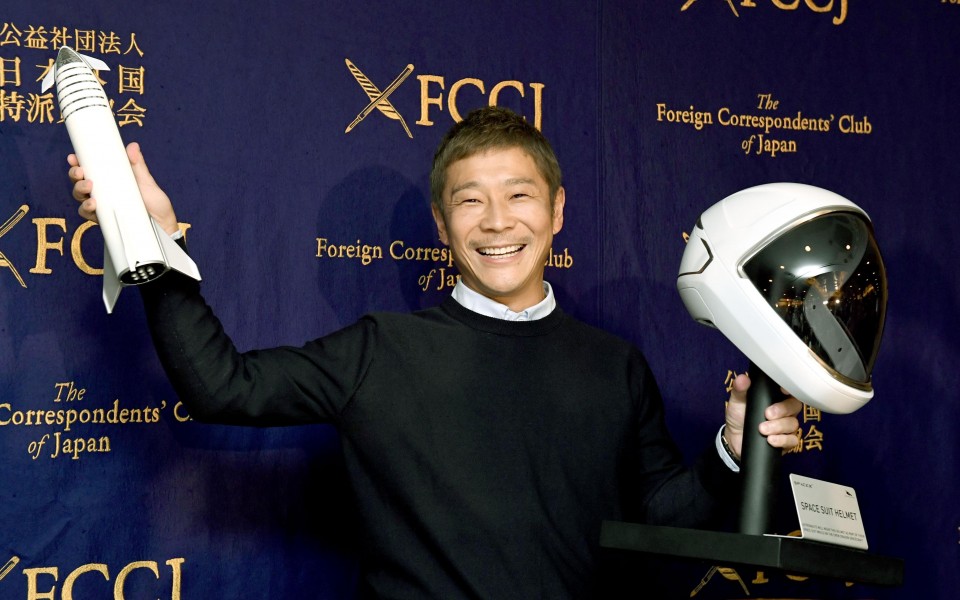 "I want to bring various artists from various parts of the world," Maezawa, told a press conference at the Foreign Correspondents' Club of Japan in Tokyo.

But the 42-year-old former drummer in a punk band said he has not yet decided with whom he wants to travel and has not started soliciting activities.

"I am thinking not only of musicians but also painters, movie directors, fashion designers. I have not decided on any genre but in any case, since my dream is world peace, I want to ask artists who have a strong desire to make the world better through their work," he said.

Maezawa founded the Contemporary Art Foundation in Tokyo in 2012 and his collection includes two works by U.S. artist Jean-Michel Basquiat that he bought in 2016 and 2017 for a total of $170 million.

SpaceX said in September that Maezawa will be its first private passenger to orbit the moon on the 118-meter long Big Falcon Rocket that is currently being developed, with the trip scheduled for 2023.

The six-day journey around the moon would be the first trip since the U.S. Apollo program ended in 1972 and Maezawa would also be the first non-American private citizen to travel in space.

The suit seeks to remove Musk, who has also been criticized for appearing to smoke marijuana during a livestreamed press conference earlier this year, from his role in managing Tesla.

"The reason I trust him is because when I visited his company, the way the employees communicated and interacted with him was great...Everyone believes in him and are all applying their passion and skills to realize Musk's dream," Maezawa said.

"That's a wonderful company and I want to be like him. I respect him as a friend and as a fellow entrepreneur," he said. 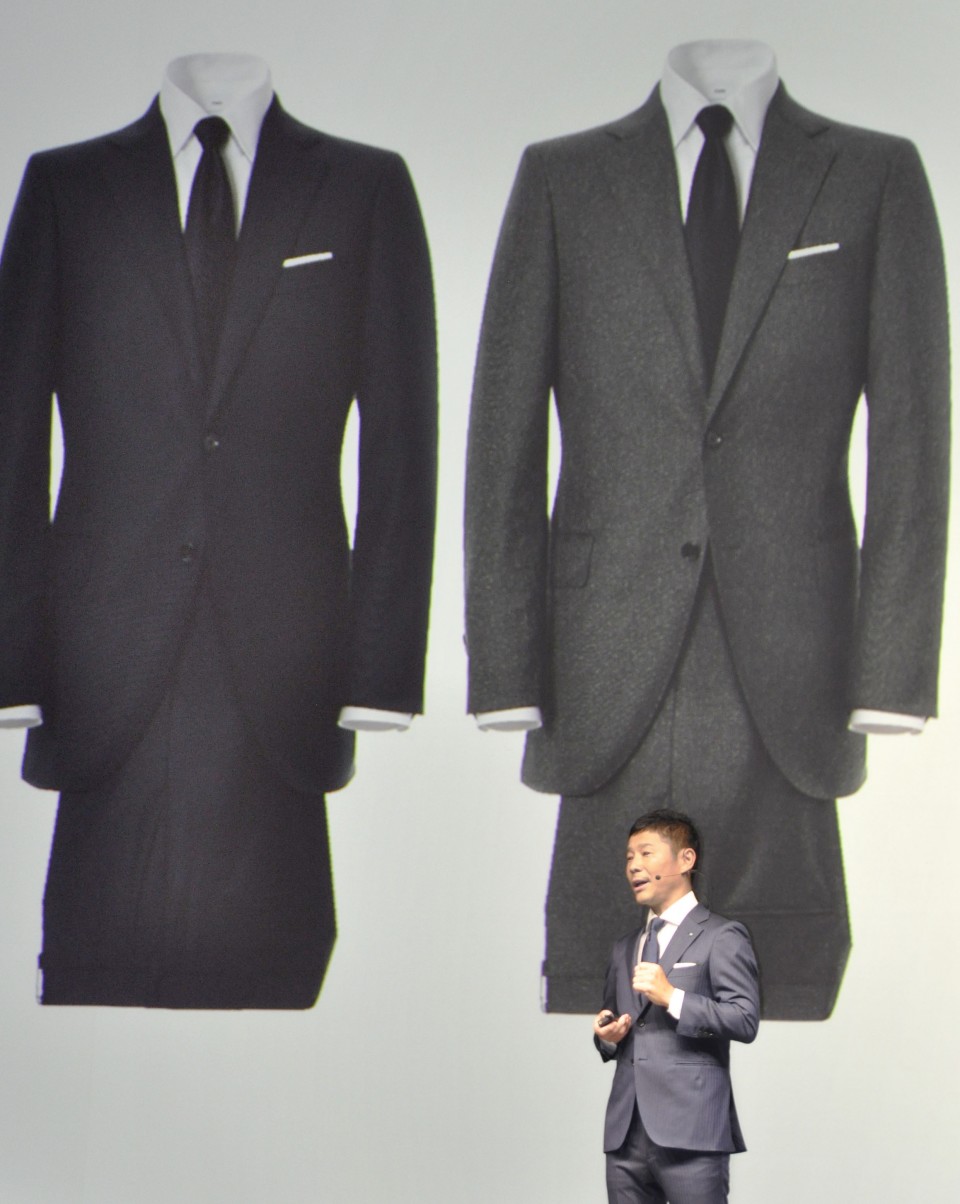 The chief executive of Zozo Inc. declined to comment on the price of the space trip and how he will finance it. The development cost of the spaceship is estimated to reach $5 billion, according to Musk.

Maezawa said he decided to make the journey four to five years ago, seeing it as "a big opportunity to communicate his message about (the importance) of world peace globally" and hoping to see artists create works inspired by their time in space.

In 1998, he set up Start Today Co., which changed its name to Zozo this month.

The company launched the e-commerce site Zozotown in 2004 and was listed on the Tokyo Stock Exchange Mothers market for startups in 2007 and on the TSE's First Section in 2012.

Now a major e-commerce site in Japan, Zozotown also features a custom-fit private label Zozo, in which the company uses precise measurements taken by customers to create right-sized clothing for them.

Maezawa has become a favorite of tabloid magazines and newspapers, which like to feature his glamorous private life.

In July, for example, there were a number of reports of Maezawa and his actress girlfriend Ayame Goriki going to Russia on his private jet to watch the World Cup football final between France and Croatia.