Allen Kuri threw eight innings, allowing the Hiroshima Carp to clinch their third straight Central League pennant in grand style with a 10-0 win over the Yakult Swallows on Wednesday.

For two straight days, the Carp had needed one win or one Swallows loss to clinch. The Carp took care of both in front of their hometown fans at Mazda Stadium. The win was Hiroshima's seventh straight over the Swallows, who have a winning record against every other CL team.

The victory means the Carp will host the CL's Climax Series final stage on Oct. 17 against the winner of the first stage between the CL's second- and third-place teams.

Kuri (8-4) allowed just four base runners on two hits, a walk and a hit batsman, while striking out four. He worked a 1-2-3 first inning thanks to two good stops from first baseman Ryohei Matsuyama to open the game. The Carp took the lead against David Buchanan (9-11) with a minimum of effort in the home half of the inning. 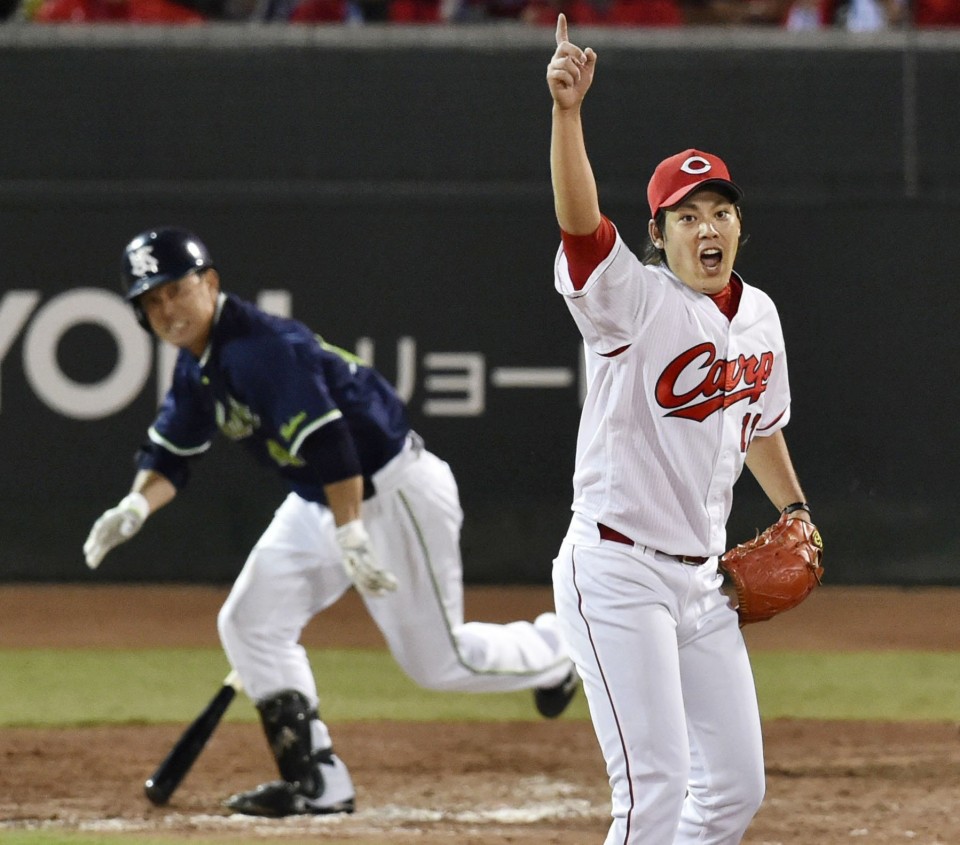 (Allen Kuri, right, gets Yuhei Takai to ground into an inning-ending double play)

Kosuke Tanaka opened with a leadoff single, was sacrificed to second and scored on Yoshihiro Maru's one-out single. After a walk to Seiya Suzuki, luck smiled on the hometown team.

Matsuyama's bouncer took a fluke hop over shortstop Naomichi Nishiura and went for an RBI double. Takayoshi Noma's grounder wide of the mound was deflected by Buchanan's glove for an RBI infield single. Buchanan jammed Tsubasa Aizawa, but the ball floated into shallow left for another RBI single.

"From the time the ump said 'play ball' Matsuyama gave us a wakeup call with those surprising plays at first base," manager Koichi Ogata said of his portly first baseman. "Then the lineup surprised me."

"But most of all, it was Kuri. That was the best game he's pitched all season, really nice pitching." 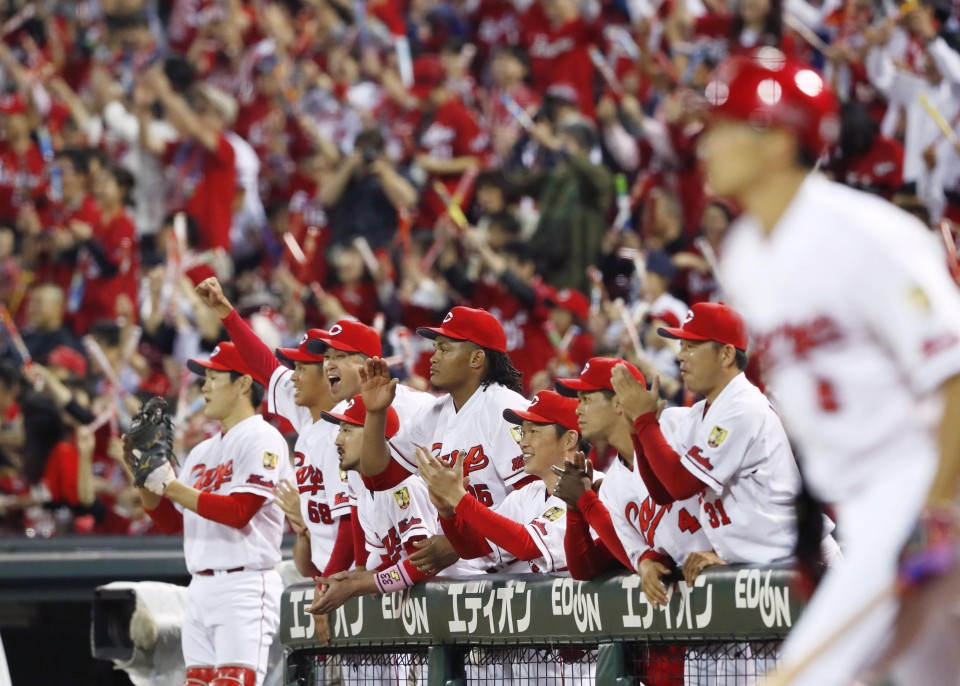 Tomohiro Abe made poor contact off the end of the bat but again got just enough on the ball to hit it to medium-deep center, allowing the speedy Noma to come home on the sacrifice fly.

The Swallows, whose offense is second in CL scoring to the Carp's, loaded the bases with no outs in the fourth, but an infield fly and a double play had Kuri pumping his fists as he leaped off the mound.

Suzuki opened the Carp fifth against reliever David Huff by diving into first base to beat out an infield single and scored Hiroshima's sixth run, sprinting home from first on Noma's one-out triple. The Carp tacked on two more in the sixth with the help of an error and a Matsuyama double. Tanaka and Maru each singled home a run in the seventh to make it 10-0. 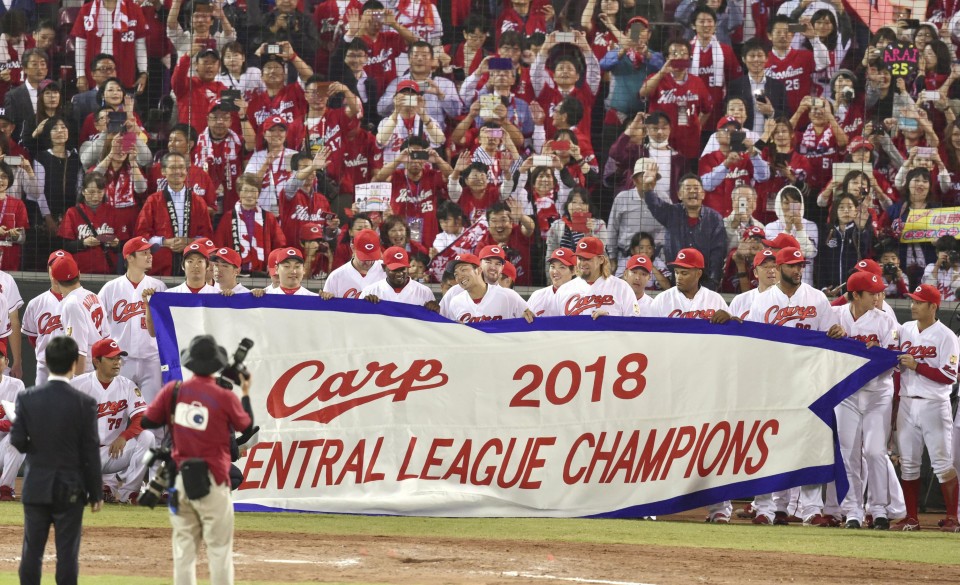