Namie Amuro, a Japanese pop singer famous across Asia, stepped out of the spotlight on Sunday, with the 40-year-old music and fashion icon thanking her fans for their support over more than two decades.

The pop diva, who created a phenomenon in the mid-1990s with young girls and women copying her look, stunned fans last September when, just days after she marked her 25th anniversary as a performer, she said she intended to retire.

"I would be happy if, even for a moment during these 25 years, I was able to become a singer who stood close to my fans," she said in a statement issued on her website late Sunday. "To all the fans who have supported me, thank you very much."

In the statement, Amuro also said that while she understands the emotions her fans must have felt at her decision to retire, she is grateful for the gracious farewell they gave her. 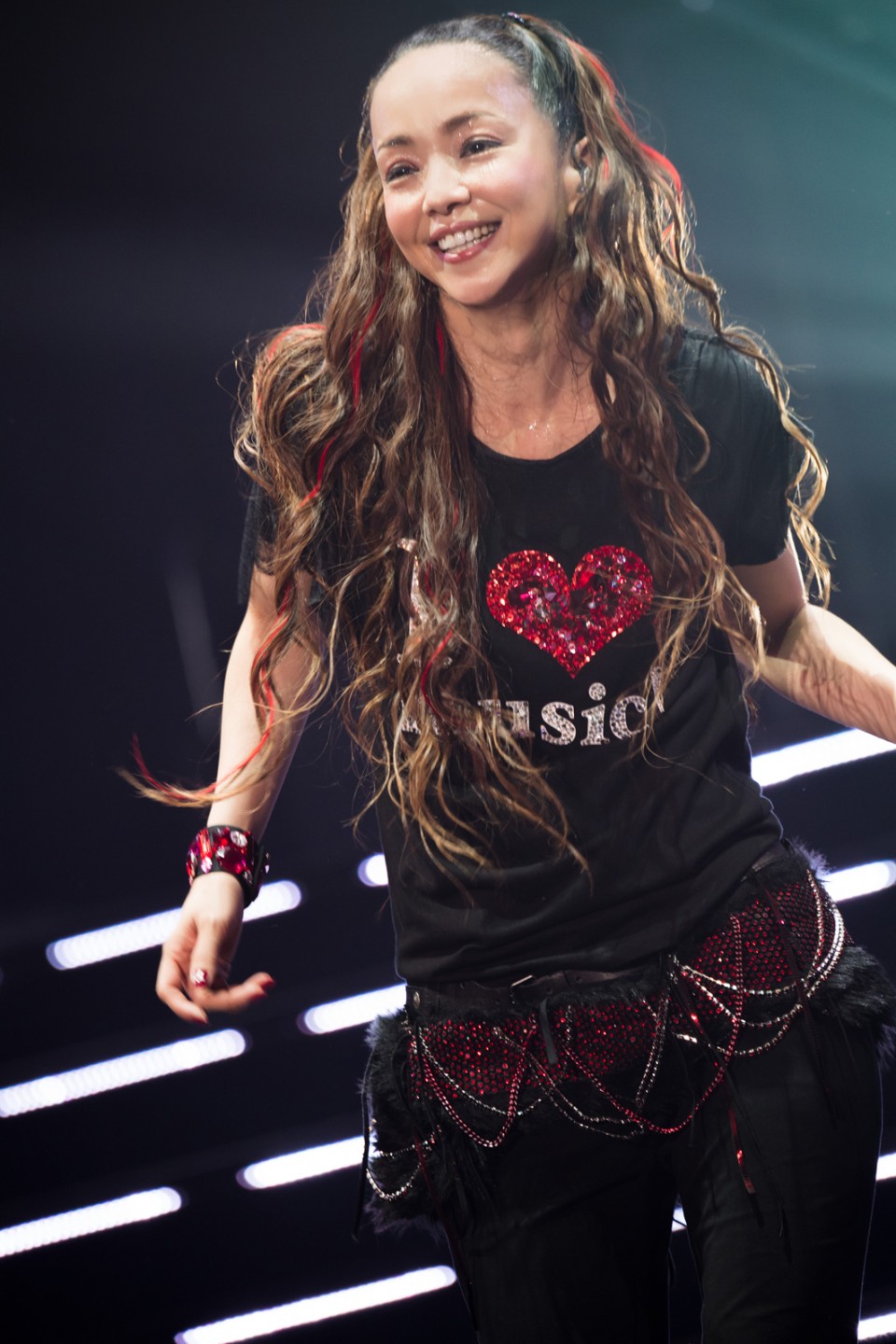 Earlier this year, she held her final concert tour, taking her around Japan and overseas, and chose her home prefecture of Okinawa for her last live stage performance.

Organizers said Amuro watched a nighttime fireworks show held on Sunday in tribute to her in Ginowan city, Okinawa, at which her songs were played.

A day earlier, thousands of fans gathered in Ginowan to listen to her final show in which she performed eight songs including duets with artists such as surprise guest Tomohisa Yamashita, with whom she collaborated for the upbeat song "Unusual."

Debuting on Sept. 16, 1992 as a member of the all-girl group Super Monkey's, Amuro went on to dominate the charts as a solo artist with a string of megahits such as "Can You Celebrate?," "Don't wanna cry" and "Chase the Chance."

The "Sweet 19 Blues" singer was also a Japanese pop music trailblazer. Her albums sold over a million copies at various points across her career -- when she was in her teens, 20s, 30s, and 40s -- with the last achieved by a CD of past hits called "Finally." 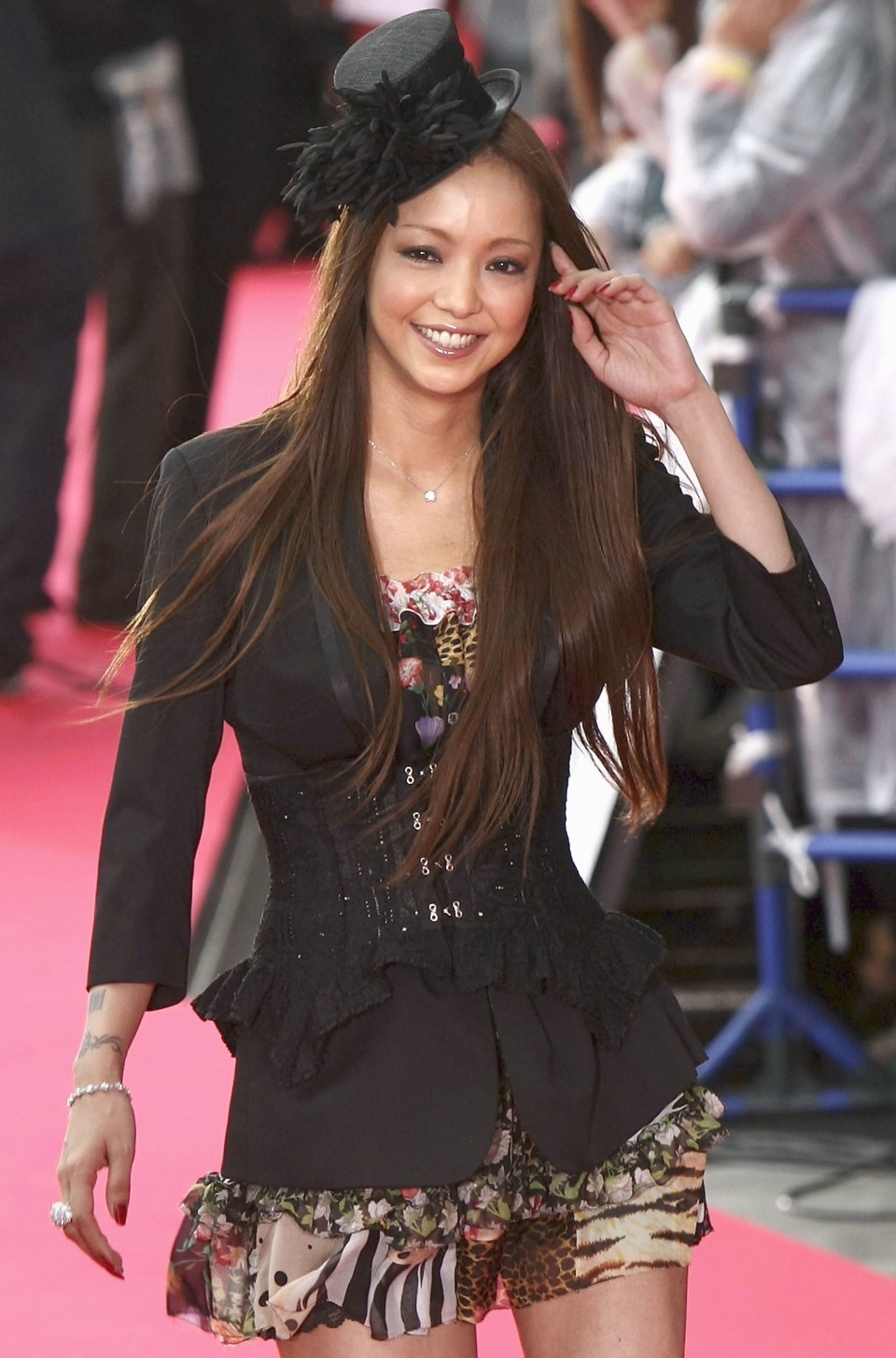 Amuro's final concert tour, which began in February, drew about 750,000 fans, a record for a solo artist on a single music tour in Japan. The concert video was the first to eclipse 1 million in sales in Japan.

With her signature getup of miniskirt and high-heeled platform boots with dyed brown hair, thin-arched eyebrows and a deep tan, the teenage Amuro sparked a phenomenon in which young girls and women copied her fashion, hairstyle and makeup, earning the name "Amuraa."

Amuro also sang "Never End" at a welcome reception for leaders of the Group of Eight nations at their 2000 summit in Okinawa, and earlier this year, received the Okinawa prefectural honor award.

She surprised fans when she married in 1997 at age 20 at the peak of her career to a member of Japanese pop group TRF and gave birth to a son in May 1998. She made a comeback in December that year after taking a year away for maternity and childcare leave. The couple divorced in 2002. 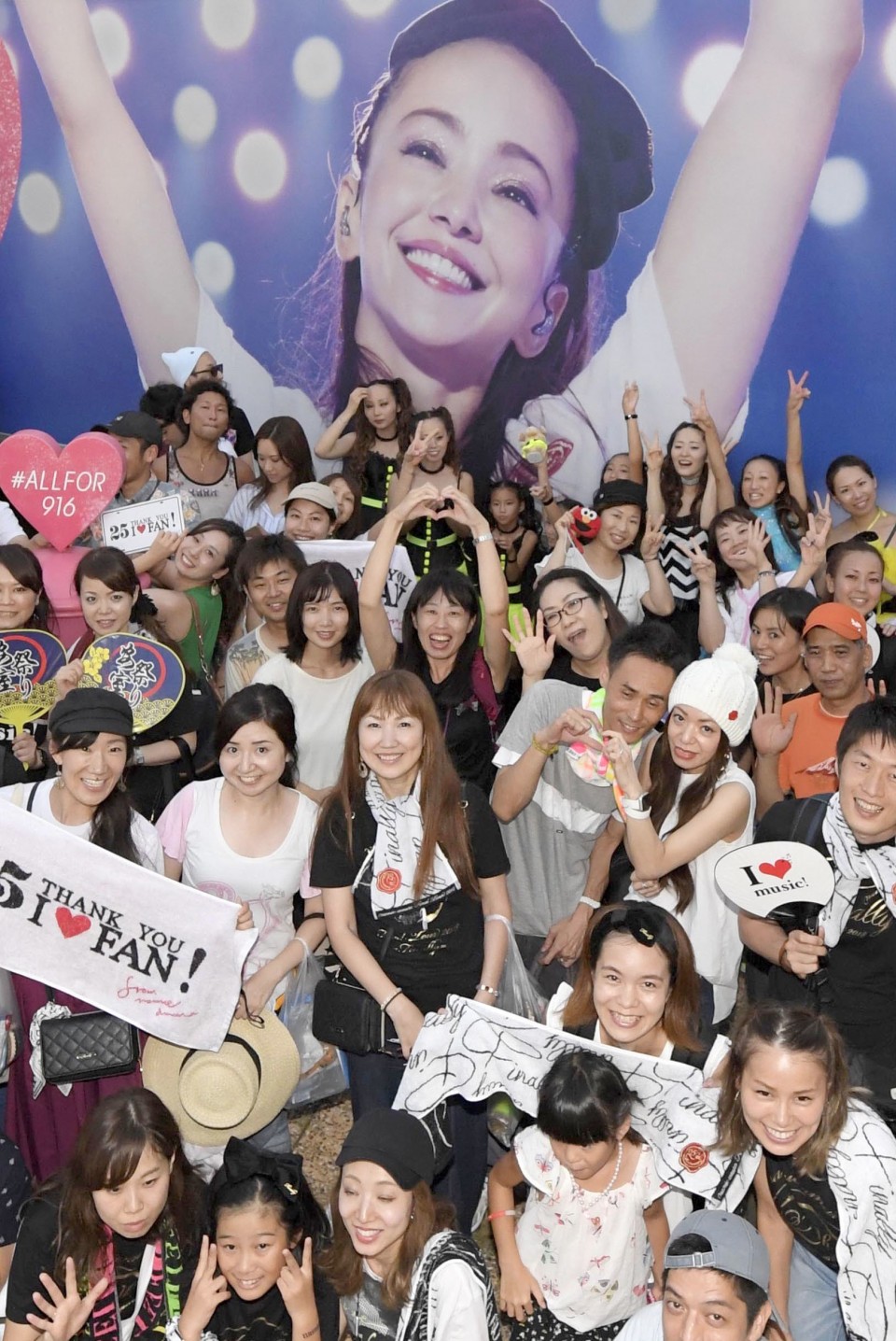 Asuka Watanabe, a Kyoritsu Women's Junior College professor knowledgeable about youth fashion and trends, says Amuro's impact goes beyond music and fashion, pointing out that she changed the perception of the way women can live their lives.

"Getting married and giving birth at the height of one's career encouraged young women that this can be a lifestyle to pursue," Watanabe said.

Demonstrating the popularity of Amuro, her "Final Space" exhibits showcasing her stage outfits, awards and a collection of her album cover images through the years have so far drawn 510,000 visitors at the Tokyo, Osaka, Fukuoka and Okinawa venues.

Among those who lined up at the Tokyo venue on Sunday was Fumika Tsuji, a 43-year-old Shizuoka Prefecture resident. A fan of around 20 years, Tsuji said, "There will be no artist comparable to her." 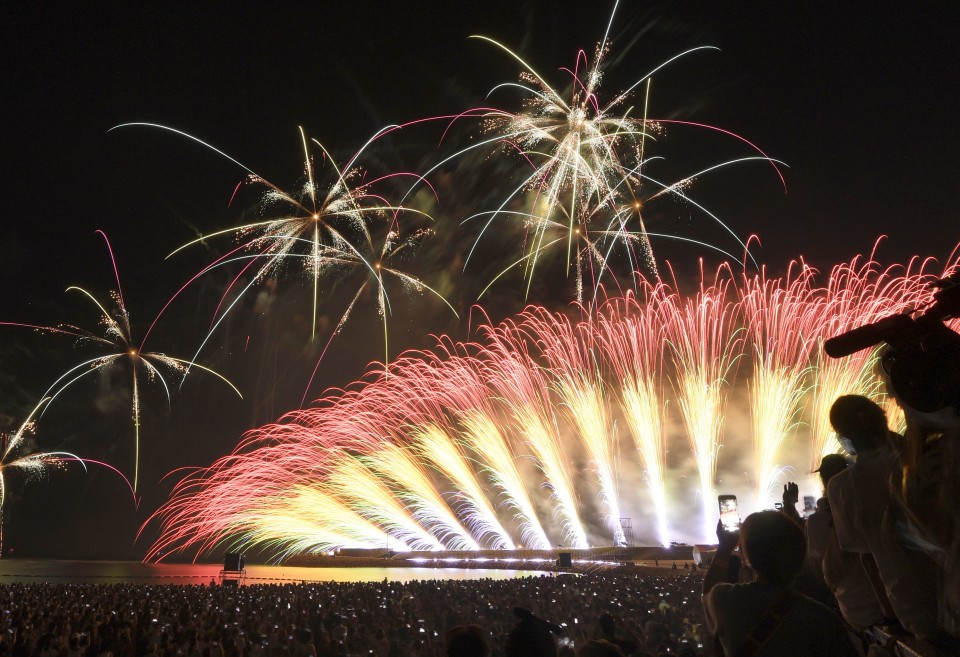 (A fireworks show in tribute to Namie Amuro in Ginowan, Okinawa Pref., on Sept. 16)