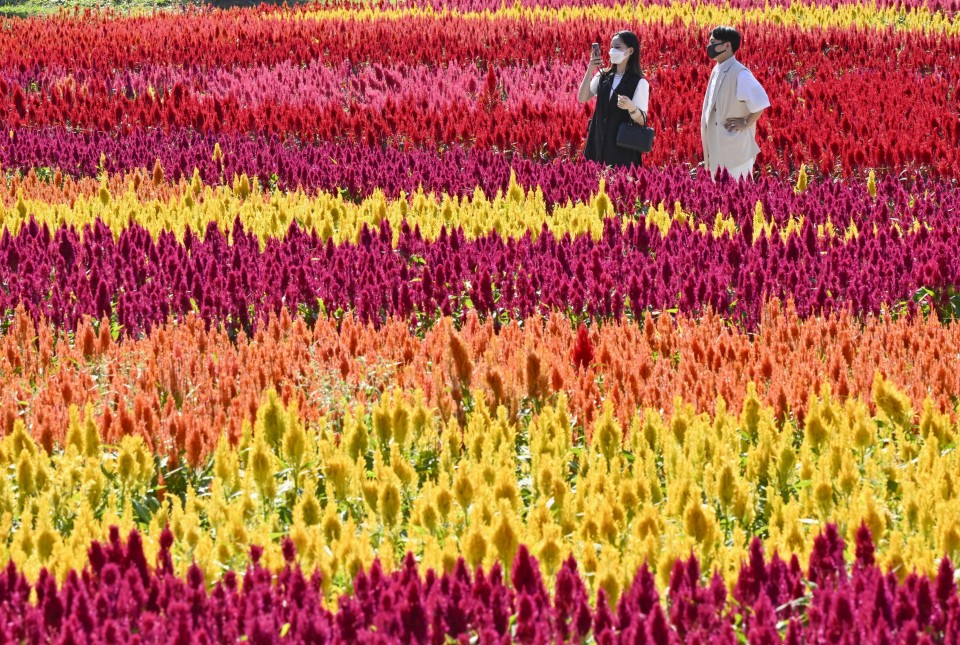 TOKYO - Japan's lower house chief Hiroyuki Hosoda has denied receiving support from the controversial Unification Church in past elections but revealed additional meetings with the group, a lawmaker said Friday, deepening skepticism about how close he has been to it.

In a statement released in late September, Hosoda had admitted to taking part in four gatherings between 2018 and 2019 hosted by the religious organization, which some consider a cult, and its affiliated groups.

TOKYO - The Japanese Cabinet on Friday approved a bill to penalize hospitals that fail to abide by agreements with local governments to prepare beds for patients with COVID-19 and other infectious diseases and provide outpatient care.

The bill also calls for setting penalties for people entering Japan with suspected infections who fail to report their health conditions when in isolation. In addition, the state will be allowed to request or instruct business operators to produce or import vaccines and medical supplies such as face masks and needles.

CAPE CANAVERAL, Florida - Astronaut Koichi Wakata arrived at the International Space Station on Thursday to begin his fifth space mission, a new record for a Japanese astronaut, after a U.S. SpaceX spacecraft successfully docked with the orbiting lab.

The 59-year-old is one of four on NASA's fifth crew rotation mission to the ISS for a six-month stay to conduct science experiments. They arrived around 29 hours after the launch of the U.S. commercial spacecraft Crew Dragon from Florida on Wednesday.

TOKYO - The controversial Unification Church on Friday attempted to stop a former believer's press conference by sending a message purportedly signed by her parents, but she pressed ahead and spoke out on alleged abuses that she and other believers endured at its hands.

In a summarized version of the faxed message read out during the event, Sayuri Ogawa's parents called for the press conference to be halted immediately, saying their daughter has a "tendency to lie," and the psychiatric issues she said she suffers had worsened since a gunman killed former Japanese Prime Minister Shinzo Abe.

Takuya Mihira, chairman of the Japanese Chamber of Commerce and Industry Taipei, said at a press conference that signing trade deals, including the TPP and a free trade agreement between Taiwan and Japan, will help Taiwan boost economic growth.

TOKYO - Japan's foreign currency reserves fell by a record $54 billion to $1.238 trillion at the end of September, after the first intervention in 24 years to arrest the yen's rapid depreciation, Finance Ministry data showed Friday.

Among the reserves, securities, which include U.S. Treasuries, decreased to $985.27 billion from $1.036 trillion at the end of August, marking the largest decline for a month. Deposits were almost flat at $136.11 billion.

TOKYO - For Kazuo Tachibana, a liquor store owner in Yokohama, the recent widespread price hike on alcohol looks like delivering another blow to a business already taking knocks.

"Customer spending has fallen from earlier this year, and many people seem much more hesitant to shop," the 81-year-old said before thousands of alcoholic and nonalcoholic beverages became dearer by an average of 4 to 13 percent, including the first canned beer price rises in 14 years, on Oct. 1.

TOKYO - Japan's Financial Services Agency on Friday ordered SMBC Nikko Securities Inc. to suspend part of its operations for three months, urging the brokerage to improve compliance following a market manipulation scandal that led to the indictment of former executives.