Japan's lower house chief Hiroyuki Hosoda has denied receiving support from the controversial Unification Church in past elections but revealed additional meetings with the group, a lawmaker said Friday, deepening skepticism about how close he has been to it.

In a statement released in late September, Hosoda had admitted to taking part in four gatherings between 2018 and 2019 hosted by the religious organization, which some consider a cult, and its affiliated groups. 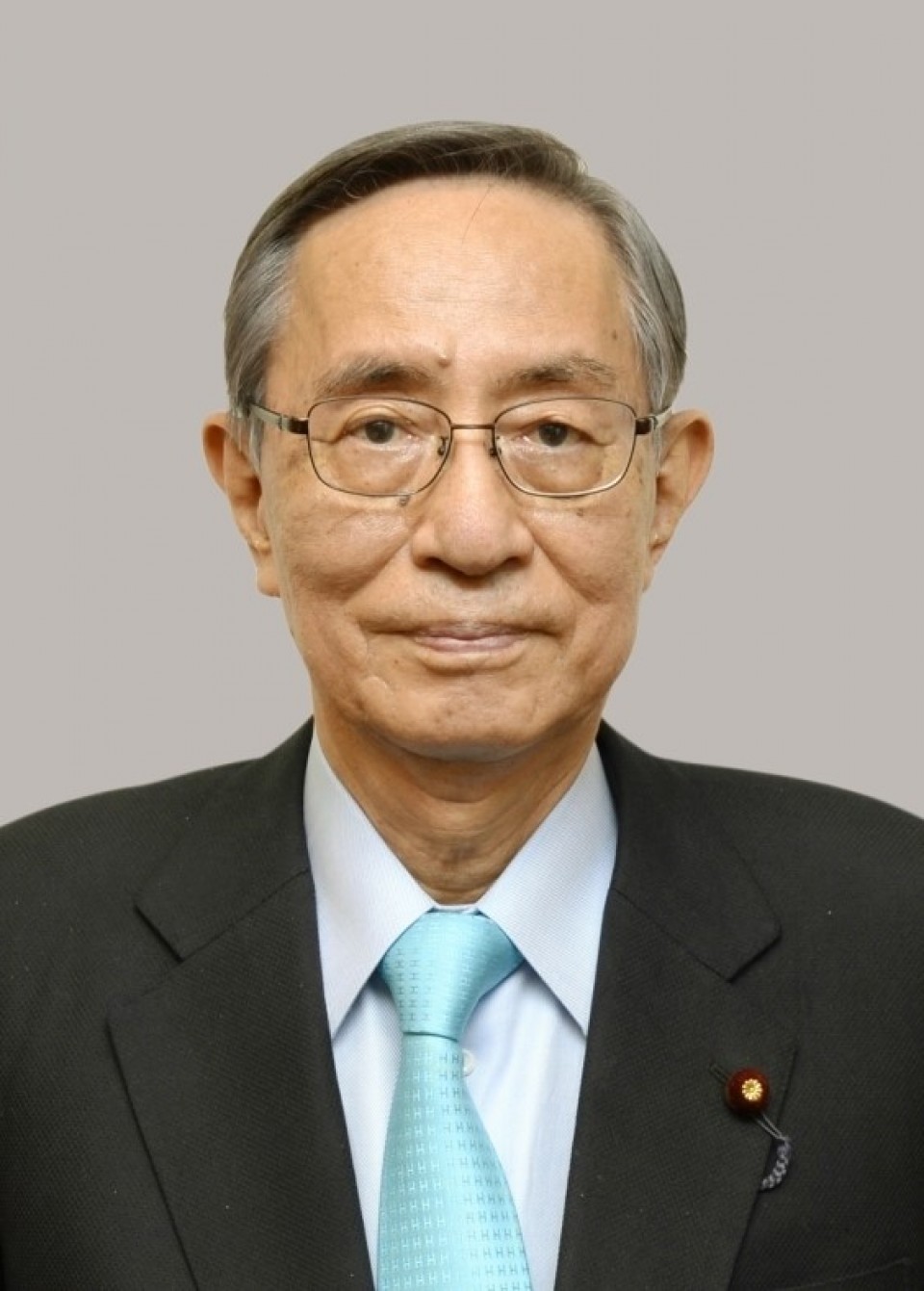 House of Representatives Speaker Hiroyuki Hosoda. (For editorial use only)(Kyodo)

The lawmaker quoted the 78-year-old speaker of the House of Representatives as saying Friday he attended four more events related to the organization, bringing the total to eight, and sent messages three times on similar occasions.

But Hosoda, who faces a backlash over his ties to the Unification Church, denied receiving any support in past election campaigns or donations from the group, founded by a staunch anti-communist in South Korea in 1954.

Shunichi Yamaguchi, a lawmaker of the ruling Liberal Democratic Party, met with Hosoda earlier in the day. He told reporters that the speaker apologized for "having caused trouble."

Yamaguchi, chairman of the Committee on Rules and Administration of the lower house, said Hosoda's additional explanation was "very detailed" and he "fulfilled his responsibility" as a lawmaker.

The opposition bloc, however, is likely to keep on attacking Hosoda, with Kazuo Shii, head of the Japanese Communist Party, lambasting him later Friday for not giving an adequate explanation on his relations with the Unification Church.

Controversy around the LDP's ties to the Unification Church has become a serious headache for the Cabinet of Prime Minister Fumio Kishida, for which public support ratings have recently plunged to their lowest level since he took office in October 2021.

Previous to becoming speaker, Hosoda headed the ruling LDP's largest faction, before the intraparty group was taken over by former Prime Minister Shinzo Abe, who was fatally shot during an election campaign speech in early July.

In September, Hosoda also said he was once interviewed for a publication linked to the organization, now formally known as the Family Federation for World Peace and Unification.

Opposition parties claimed Hosoda's explanation in the one-page statement was insufficient, urging him to explain further his connections with the religious group at parliament.

The Unification Church has drawn public attention since Tetsuya Yamagami, the man who killed Abe, said his family was financially ruined after his mother made huge donations to the religious organization. The group has acknowledged the case.

Yamagami also reportedly said he believed Abe was linked to the group. The former prime minister appeared in a video message aired at an event held by an organization affiliated with the group in 2021.

Connections revealed between LDP members and the Unification Church have raised fears that the organization may have sought to exert political influence through the party.

An extraordinary parliamentary session kicked off on Monday, with Kishida facing several setbacks such as the issue of the Unification Church and the contentious state funeral held for Abe, Japan's longest-serving prime minister, in late September.

Regarding the ceremony for Abe, the first of its kind for a former prime minister in 55 years, opposition lawmakers have argued that there was no legal basis for holding such an event funded by taxpayer money.

Kishida said in parliament on Friday, "I am aware of the various views and criticism expressed by Japanese people and political parties," adding, "I recognize that my explanation was inadequate."

During the ongoing Diet session through December, meanwhile, a memorial speech for Abe is scheduled to be delivered.

Former Prime Minister Yoshihiko Noda, an opposition lawmaker who served as Abe's immediate predecessor in the latter's second term as premier, on Friday accepted a request from the LDP to give the memorial speech.

With the funeral having split public opinion, executive members of the main opposition Constitutional Democratic Party of Japan boycotted the service.