The controversial Unification Church on Friday attempted to stop a former believer's press conference by sending a message purportedly signed by her parents, but she pressed ahead and spoke out on alleged abuses that she and other believers endured at its hands.

In a summarized version of the faxed message read out during the event, Sayuri Ogawa's parents called for the press conference to be halted immediately, saying their daughter has a "tendency to lie," and the psychiatric issues she said she suffers had worsened since a gunman killed former Japanese Prime Minister Shinzo Abe.

At the Foreign Correspondents' Club of Japan in Tokyo, which hosted the event, Ogawa, who uses a pseudonym to protect her real identity, relayed her traumatic experiences as a so-called second-generation church believer.

Born and raised in the church, founded in South Korea in 1954 by Sun Myung Moon and often labeled by critics as a cult, Ogawa said that after graduating from high school, she was sexually harassed by a public minister during a retreat. 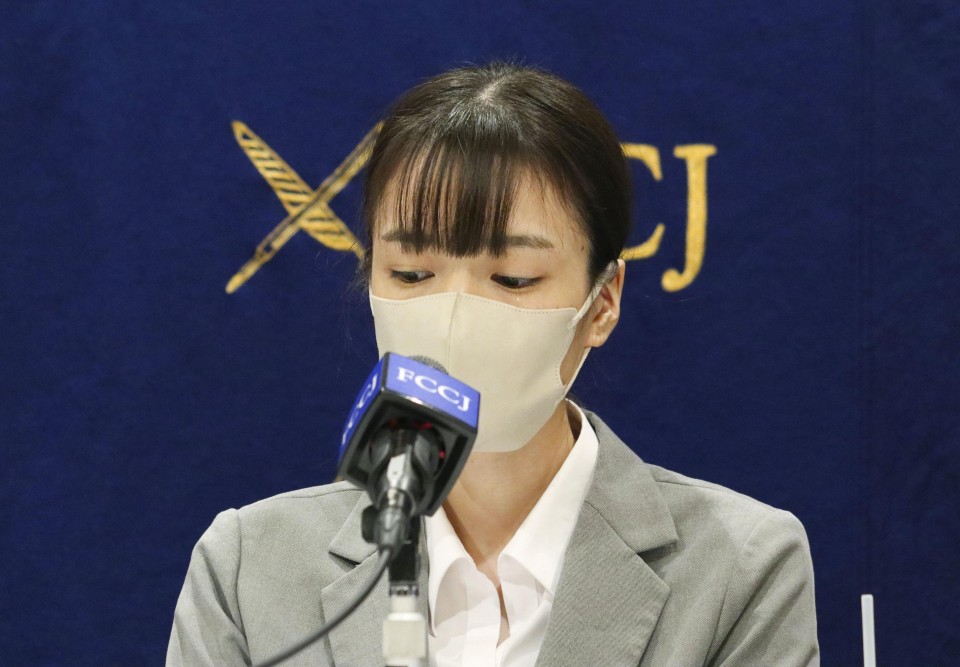 Sayuri Ogawa, who uses a pseudonym to protect her identity, speaks about her experiences growing up as a so-called second-generation believer of the Unification Church, at a press conference in Tokyo on Oct. 7, 2022.

The woman said that at the retreat, she was also told she was "possessed by an evil spirit" and subsequently sent to a facility in South Korea for a supposed exorcism.

Ogawa said the contradictory practices of the church and her witnessing other believers suffer mental breakdowns impacted her own stability, leading to her being hospitalized in a psychiatric ward.

An emotional Ogawa also said she grew up in financial difficulty, with her parents making frequent donations to the church. She said her family confiscated 2 million yen ($14,000) that she had saved by working a part-time job, adding the money has not been returned.

Following Abe's shooting, Ogawa said she realized "many victims were suffering the same way I was" and that she "wanted to eliminate the damage caused by religion."

The message sent to the press club Friday consisted of one in Japanese and another in English. The English version bore the signatures of her parents, who had taken part in one of the mass weddings for which the church is known.

"I believe many of the people who are watching this will know who is evil," Ogawa said after the message paused the event momentarily while event organizers discussed the message with her side.

The Unification Church has drawn public scrutiny since Tetsuya Yamagami, Abe's assailant, told investigators that his family was financially ruined after his mother made huge donations to the church. The group has acknowledged the case.

Yamagami also reportedly said he believed Abe was linked to the group, formally called the Family Federation for World Peace and Unification. The former prime minister appeared in a video message aired at an event held by an affiliated organization in 2021.

Connections revealed between lawmakers of the ruling Liberal Democratic Party and the Unification Church have raised concerns that the group may have sought to exert political influence through the party.