Astronaut Koichi Wakata arrived at the International Space Station on Thursday to begin his fifth space mission, a new record for a Japanese astronaut, after a U.S. SpaceX spacecraft successfully docked with the orbiting lab.

The 59-year-old is one of four on NASA's fifth crew rotation mission to the ISS for a six-month stay to conduct science experiments. They arrived around 29 hours after the launch of the U.S. commercial spacecraft Crew Dragon from Florida on Wednesday. 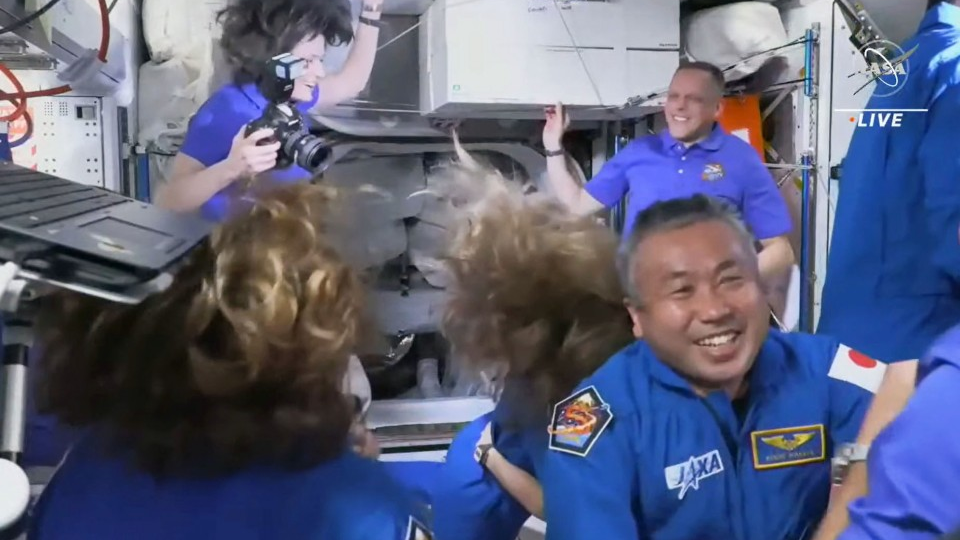 Wakata, who is also the oldest Japanese astronaut, said it had been "a smooth ride, just like in the simulation," and thanked the international organizations behind the mission. "I cannot wait to start working with our crewmates," he added.

With an eye to future missions on the Moon and Mars, experiments aboard the ISS will include testing the movement of liquids in low-gravity environments, which it is hoped will lead to development of technologies such as lubricants for use by space explorers.

It was the first spaceflight for Mann, Cassada and Kikina, according to the U.S. National Aeronautics and Space Administration. Wakata and Kikina are serving as mission specialists.

Wakata's four previous space flights include U.S. Space Shuttle flights in 1996, 2000, and 2009, and a Russian Soyuz flight in 2013. The latest mission is his third long-term expedition at the ISS.

Space Exploration Technologies Corp., founded by tech billionaire Elon Musk, developed the Crew Dragon as a successor to NASA's costly Space Shuttle transportation system that was in service for 30 years through 2011.

The SpaceX system seeks to reduce costs by reusing its spacecraft and rockets.

Following its first manned test flight in May 2020, the Crew Dragon has continued to send astronauts to the ISS. Two other Japanese astronauts -- Soichi Noguchi, 57, and Akihiko Hoshide, 53 -- have been on board previous flights.

The spacecraft carrying the four astronauts launched from the Kennedy Space Center in Cape Canaveral, Florida, at midday local time on Wednesday, and docked with the ISS at around 5 p.m. Thursday.