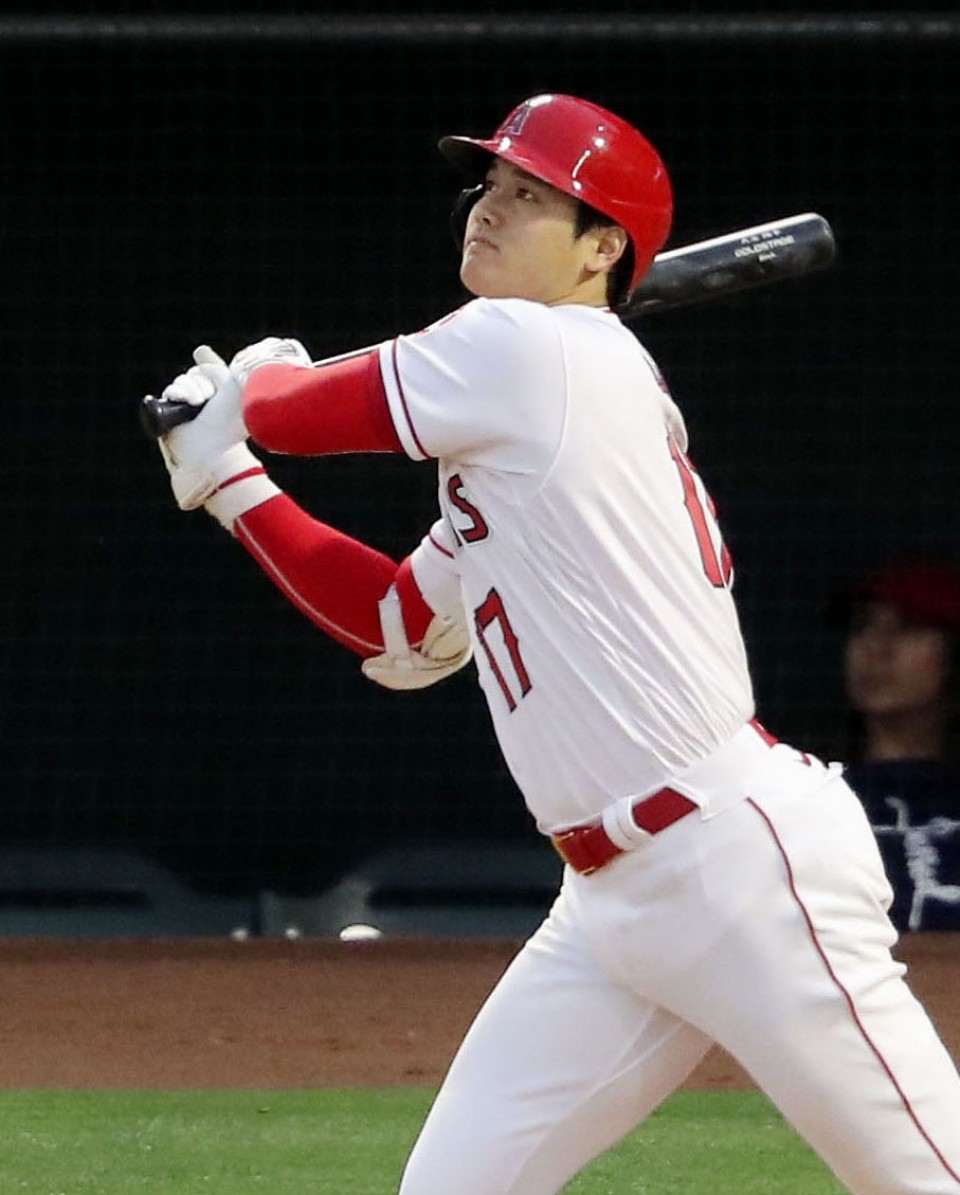 Shohei Ohtani of the Los Angeles Angels hits his 13th home run of the season with two runners on base in the second inning of a game against the Cleveland Indians at Angel Stadium in Anaheim, California, on May 17, 2021. (Kyodo) ==Kyodo

TOKYO - Japan's government decided Tuesday to withdraw a bill revising rules on how to accommodate foreigners facing deportation, ruling coalition lawmakers said, amid criticism over the alleged improper treatment of a Sri Lankan woman who died while held at an immigration facility.

The abrupt decision to give up on the passage of the bill during the current parliamentary session through mid-June came amid growing concerns within the ruling camp that pushing through the amendment of the immigration law, which could worsen the conditions for asylum seekers in Japan, may invoke a public backlash.

TOKYO - Japan's economy in fiscal 2020 shrank a real 4.6 percent from the previous year, the sharpest annual contraction on record, as the coronavirus pandemic dealt a debilitating blow to consumption and exports, government data showed Tuesday.

Down for the second straight year, the decrease in real gross domestic product, the total value of goods and services produced in the country adjusted for inflation, is the largest annual contraction since data began to be compiled in fiscal 1955, according to preliminary data released by the Cabinet Office.

TOKYO - The Japanese government and plaintiffs in lawsuits over damages caused by asbestos agreed Tuesday on a settlement plan after the Supreme Court held the state liable for lung cancer and other illnesses contracted by construction workers exposed to the material.

The plaintiffs signed an agreement with health minister Norihisa Tamura after Prime Minister Yoshihide Suga offered an apology in a meeting with them and their lawyers in four suits on which the top court ruled the previous day.

As the total number of cases reached some 25,229,000, India became the second country in which cases crossed the 25 million mark, after the United States.

ANAHEIM, California - Shohei Otani took the outright lead in the MLB home run race Monday with his 13th long bomb of the season and his second in as many days, as the Los Angeles Angels overpowered the Cleveland Indians 7-4.

Ohtani extended the Angels' lead to 6-1 with the three-run blast off Sam Hentges in the second inning at Angel Stadium, one out after Juan Lagares hit a tie-breaking two-run double.

Over 800 killed by Myanmar security forces after coup

YANGON - The number of people killed by Myanmar's security forces following a February military coup has exceeded 800, with 4,120 others in detention, a rights group tracking deaths and detainees in the Southeast Asian country said Monday night.

The Assistance Association for Political Prisoners said 802 anti-coup protesters and others have been killed, including six in northwestern Chin State and elsewhere who were confirmed dead Monday.

WASHINGTON - U.S. President Joe Biden backed a cease-fire in an escalating conflict between Israel and a Palestinian militant group during a phone call with Israeli Prime Minister Benjamin Netanyahu on Monday.

While reaffirming Israel's right to defend itself against rocket attacks from Hamas, Biden showed "his support for a ceasefire and discussed U.S. engagement with Egypt and other partners towards that end," the White House said in a press release.