Shohei Otani took the outright lead in the MLB home run race Monday with his 13th long bomb of the season and his second in as many days, as the Los Angeles Angels overpowered the Cleveland Indians 7-4.

Ohtani extended the Angels' lead to 6-1 with the three-run blast off Sam Hentges in the second inning at Angel Stadium, one out after Juan Lagares hit a tie-breaking two-run double.

Down in the count 1-2, Ohtani got a fastball from Hentges (1-1) that flew down the middle and high up towards his head. The left-handed batter barreled it up anyway, launching it into the right field seats. 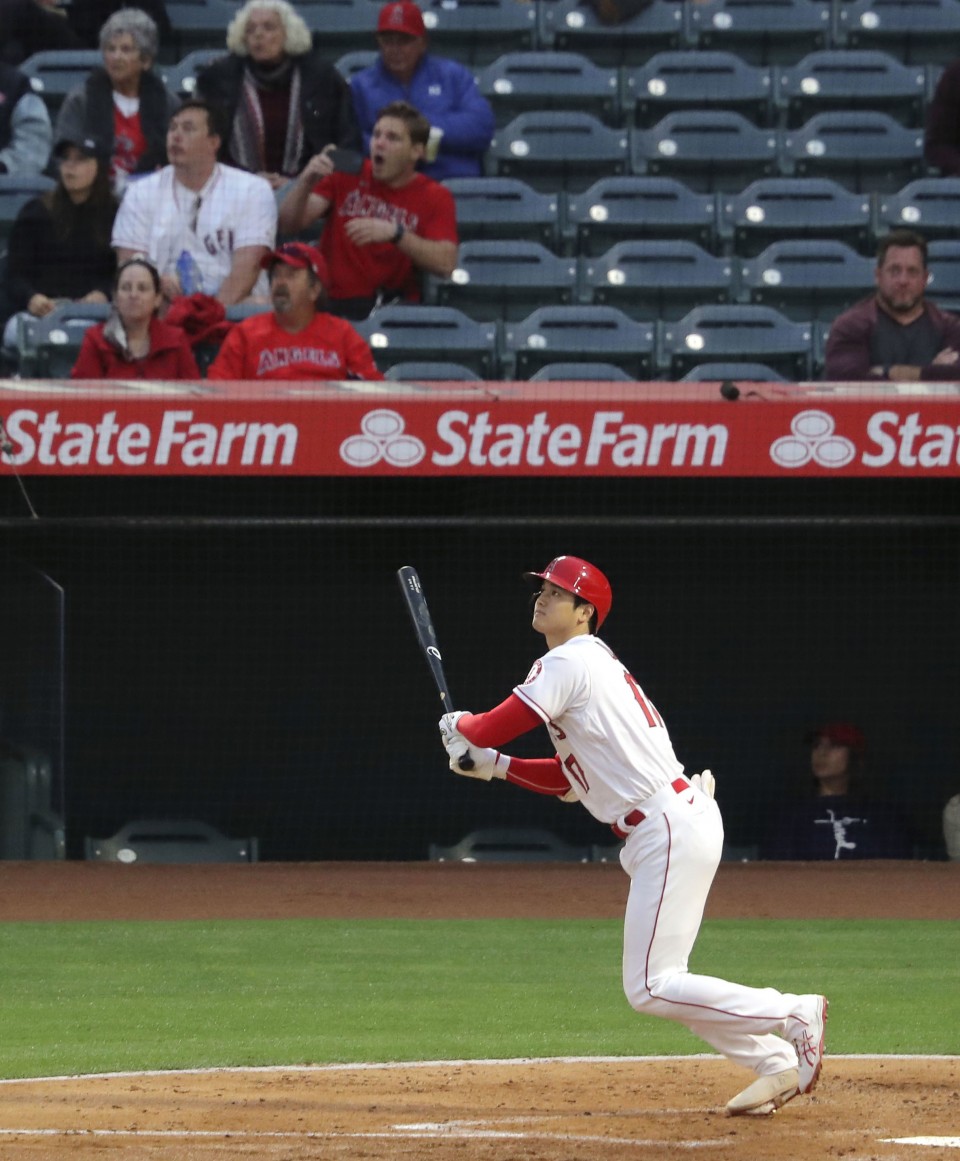 Shohei Ohtani of the Los Angeles Angels hits his 13th home run of the season with two runners on base in the second inning of a game against the Cleveland Indians at Angel Stadium in Anaheim, California, on May 17, 2021. (Kyodo) ==Kyodo

At 4.19 feet (1.28 meters) above the ground, it was the second-highest pitch anyone has homered off this year, according to MLB.com. It is also the highest pitch hit by an Angels player since the advent of pitch tracking in 2008.

Ohtani, who went 1-for-3 with two walks and two strikeouts, is turning heads with his performance at the plate and on the mound for the Angels this year.

His next pitching start is set for Wednesday, in the finale of the three-game series against the Indians.

"He (Angels manager Joe Maddon) uses me because he expects me to contribute in each game," Ohtani said.

"I'm looking forward (to my next start), but also trying to extend our win streak tomorrow. I want to try to get more hits."

At Petco Park in San Diego, Yu Darvish got the win for the San Diego Padres after combining with reliever Nabil Crismatt to shut out the Colorado Rockies in a 7-0 victory.

Darvish (4-1) struck out 10 in seven effective innings, yielded only four hits and did not issue a walk. He threw 59 of his 81 pitches for strikes. He also went 1-for-3 at the plate and recorded his first hit of the season.

At T-Mobile Park in Seattle, Yusei Kikuchi (1-3) took the loss as the Mariners went down 4-1 to the Detroit Tigers. The lefty struck out eight over six innings but gave up three runs on three hits, including two homers, with four walks.