India's total COVID-19 cases exceeded 25 million on Tuesday, with a record 4,329 deaths in a one-day period, the Indian government said.

As the total number of cases reached some 25,229,000, India became the second country in which cases crossed the 25 million mark, after the United States. 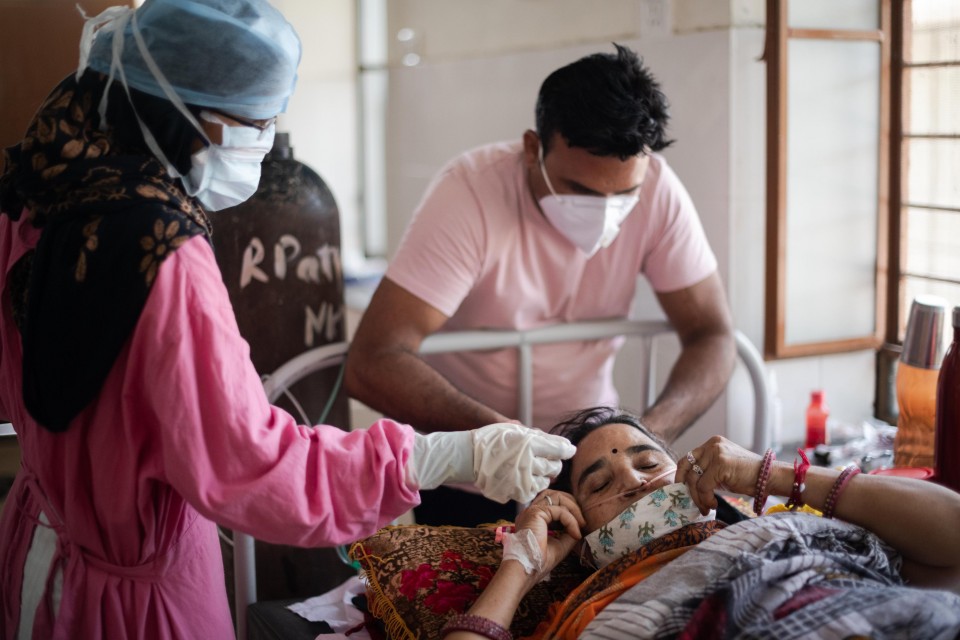 An Indian medical personnel prepares to fit an oxygen mask for a coronavirus patient, as the patient's son helps, at a government hospital in Rajasthan, India on May 15, 2021. (Getty/Kyodo)

While India reported a daily tally of some 264,000 Tuesday, under 300,000 marked last week and 400,000 reported early this month, the South Asian nation continues to grapple with the outbreak of highly contagious variants amid a shortage of hospital beds and medical oxygen.

The country has confirmed some 279,000 deaths, the third-highest in the world behind the United States and Brazil.

India's capital to keep coronavirus lockdown for over 1 month

In India, the number of variants, the so-called double mutants that were first found in the country, has increased while the proportion of the highly infectious British mutant has decreased.

The double mutant strains, in which two mutations come together in the same virus, are believed to make the coronavirus more contagious and more resistant to vaccines. The strains were found in at least 49 countries and regions in the world.