India on Wednesday reported a record 4,205 COVID-19 deaths over a one-day period, bringing its total fatalities from coronavirus infections to 254,197, the third most in the world after the United States and Brazil.

Daily new coronavirus infections came to around 348,000. After reporting over 400,000 new daily cases for four straight days until Sunday, India has logged fewer than 400,000 daily new cases the past three days. 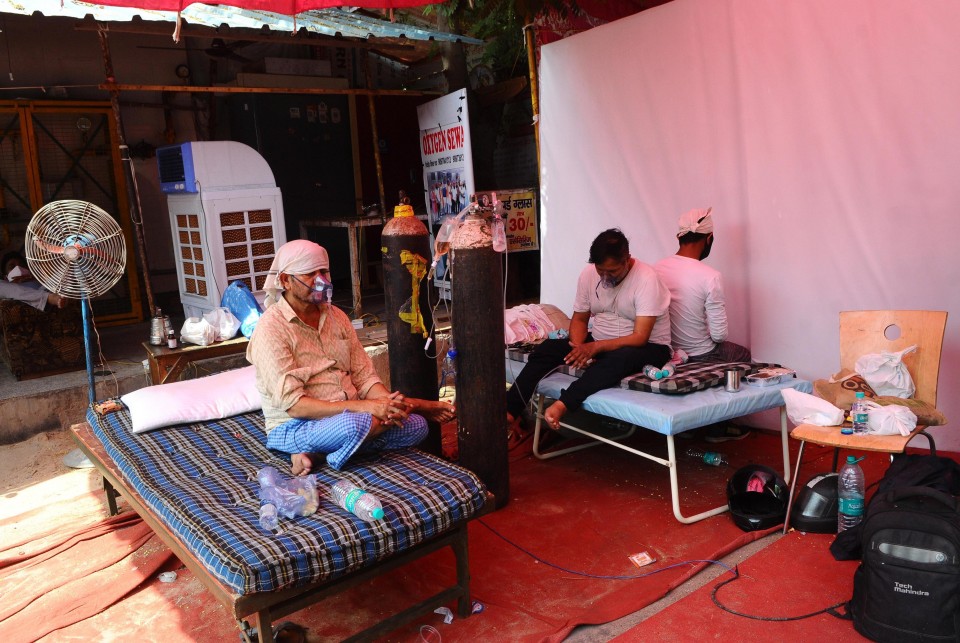 Patients receive oxygen supply under a tent installed along the roadside in Uttar Pradesh, India, on May 11, 2021. (Anadolu Agency/Getty/Kyodo)

Health authorities signaled Tuesday that there were initial signs of newly confirmed infections being on a declining trend, but cases are still increasing at the fastest pace in the world.

Deaths from the disease caused by the virus in India are believed to be higher than the released figures given the number of corpses sent to crematoriums and elsewhere.

With a total of about 23.34 million confirmed cases, the country has recorded the second most infections after the United States.

Confirmed infections appear to be decreasing in hard-hit areas such as the western state of Maharashtra and the northern state of Uttar Pradesh, as well as the capital region of Delhi.

But cases are continuing to increase in such areas as the southern states of Karnataka, Kerala and Tamil Nadu.