Japan's pro baseball and football leagues are set to resume later this month after being derailed by the coronavirus pandemic, finally bringing sports spectating back into daily life -- albeit in a different fashion.

The lingering risk of infections has forced both Nippon Professional Baseball and the J-League to implement a number of restrictions, such as initially holding games behind closed doors. As the world adapts to the crisis, advances in technology are becoming integral to the experience of watching sports.

In mid-May, a demonstration was held at Shizuoka Stadium Ecopa of a new technology called the "remote cheerer," which allows athletes competing behind closed doors to hear the "cheers" from fans watching at home.

(Supplied image of the remote cheerer system developed by Yamaha Corp. The system allows athletes competing behind closed doors to hear the "cheers" from fans watching at home)[Photo courtesy of Yamaha Corp.]

J-League first-division side Shimizu S-Pulse and J2 club Jubilo Iwata participated in the first test of the system, developed by music instrument giant Yamaha Corp. When spectators watching tapped buttons labeled "goal" and "clap" on a dedicated application, the sounds of cheers and applause rang out from a total of 58 speakers installed throughout the stadium.

A former player who participated in the experiment said it felt "very realistic," while the noise prompted a person outside the stadium to ask, "Is there an event going on inside?"

S-Pulse have already shared the results of the trial with their supporters and are looking to establish guidelines on using the system.

Revolutionary changes are also coming to sports broadcasting. An AI camera developed by an Israeli company can carry out fully automated broadcasting. The camera is able to smoothly track the movement of the ball and players, and produce footage that compares to professional-grade video. 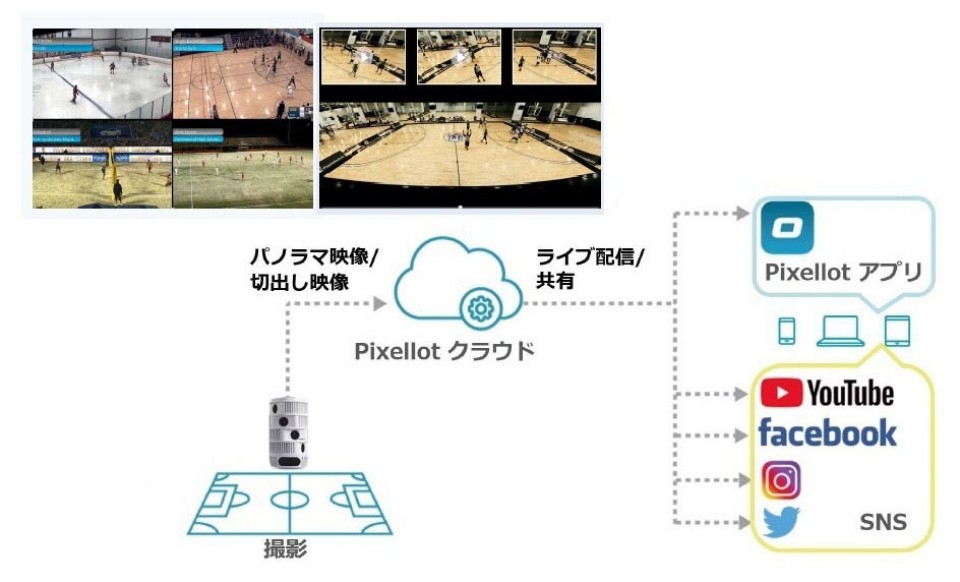 Since filming costs can be reduced by up to 90 percent and the camera can be operated remotely, such technology is attracting interest from Japanese local media, who are looking for something to replace the canceled summer national high school baseball championship in August.

Shigeo Araki, president and CEO of Sports Marketing Laboratory Inc., aims to use the camera to expand the range of sports coverage beyond the professional level.

"We're finding that the existing models don't work (because of the coronavirus). The question is how things will change," Araki said.

Virtual reality video technology could give viewers control over how they watch sports on their smartphones and tablets. The SoftBank Hawks, reigning champions of Japanese pro baseball, are considering introducing such technology this season. 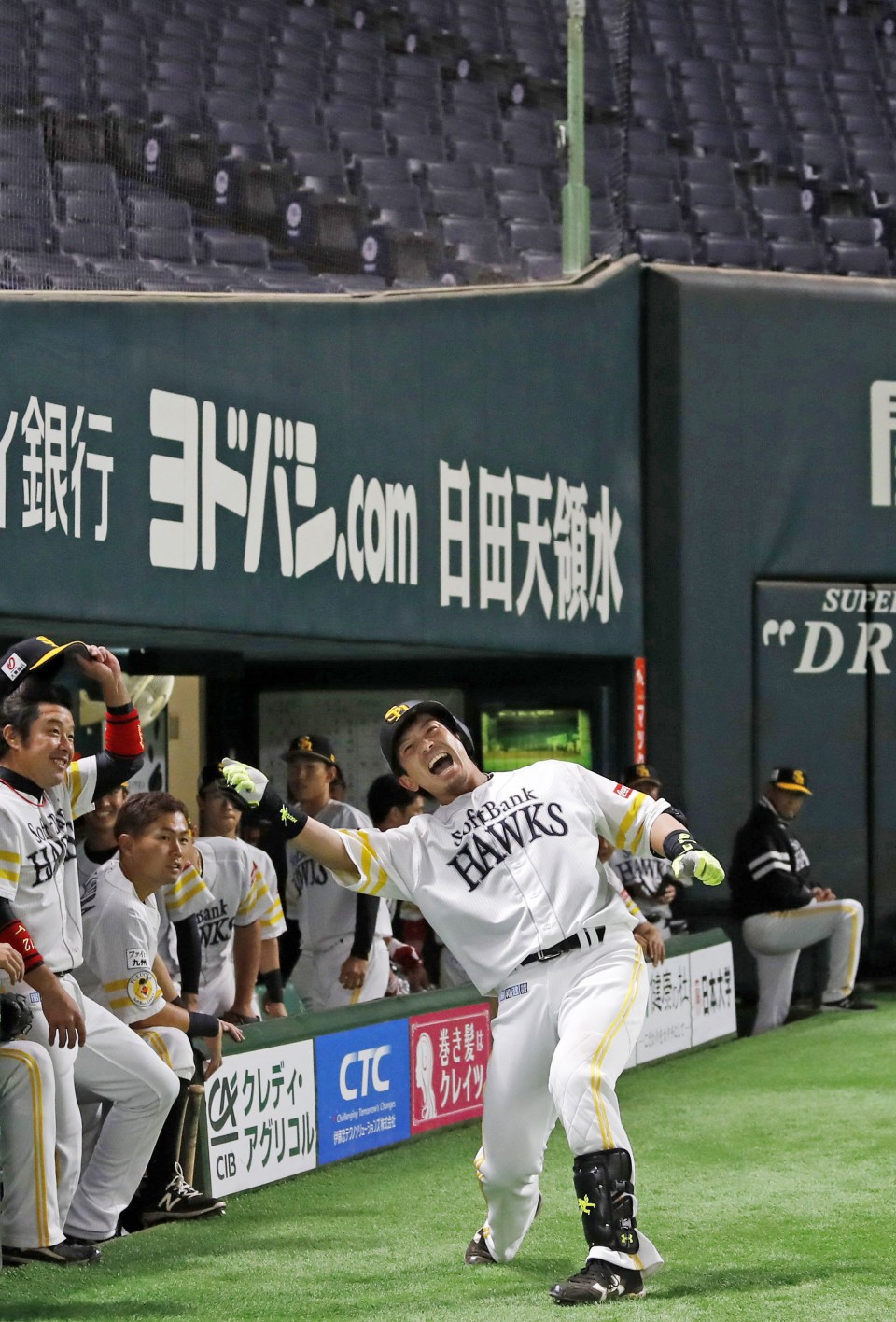 By installing cameras along nearly a full revolution at Fukuoka PayPay Dome, the Hawks' home stadium, a single play can be captured and viewed from multiple angles.

"Our challenge is how to connect with fans without having spectators," a SoftBank spokesperson said. "We want people in remote areas to experience realistic images by making use of state-of-the-art technology."

On May 27, a new law was enacted aimed at the further development of Japan's 5G wireless network, which is capable of higher speeds, higher capacity and a massive number of connections. The broadening of the network is a boost for technologies that provide sports fans with a more immersive experience while helping them minimize the threat of the coronavirus. 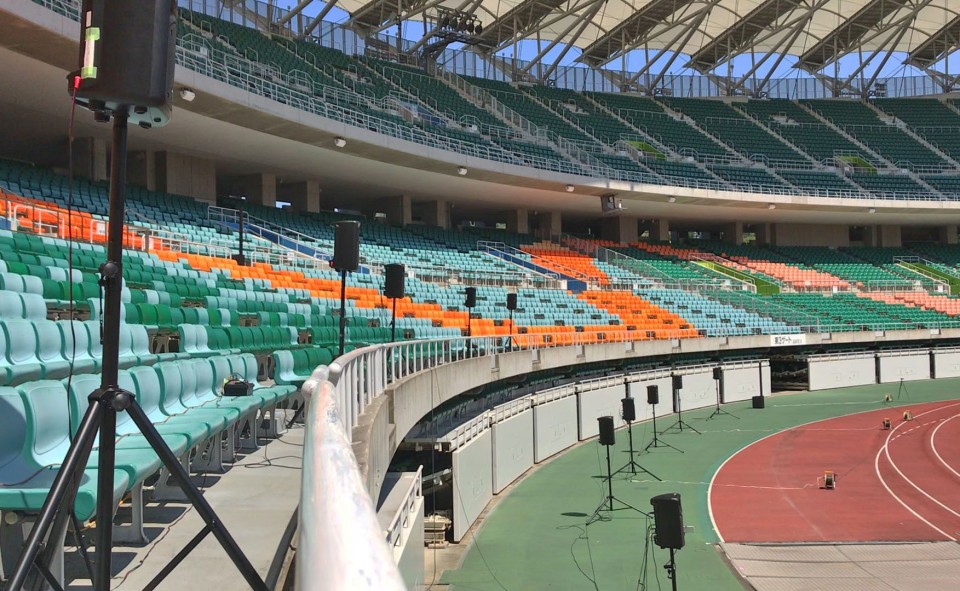