Baseball players in their final year of high school will be presented with dirt from Koshien Stadium as a memento after two national tournaments at the ballpark were canceled due to the coronavirus pandemic, the Hanshin Tigers and stadium operator said Monday.

The Tigers, based at the western Japan stadium, said they will create key chains containing the dirt and give them to seniors who missed out on this spring's national invitational tournament and the summer national high school baseball championship, which were both canceled in response to the virus.

Koshien is known as the mecca of Japanese baseball, and competing there at one of the two high school meets is a commonly held dream among young boys who take up the sport. Players scooping up dirt at the ballpark and putting it into small bags to take home as a memento is one of the iconic images of the tournaments. 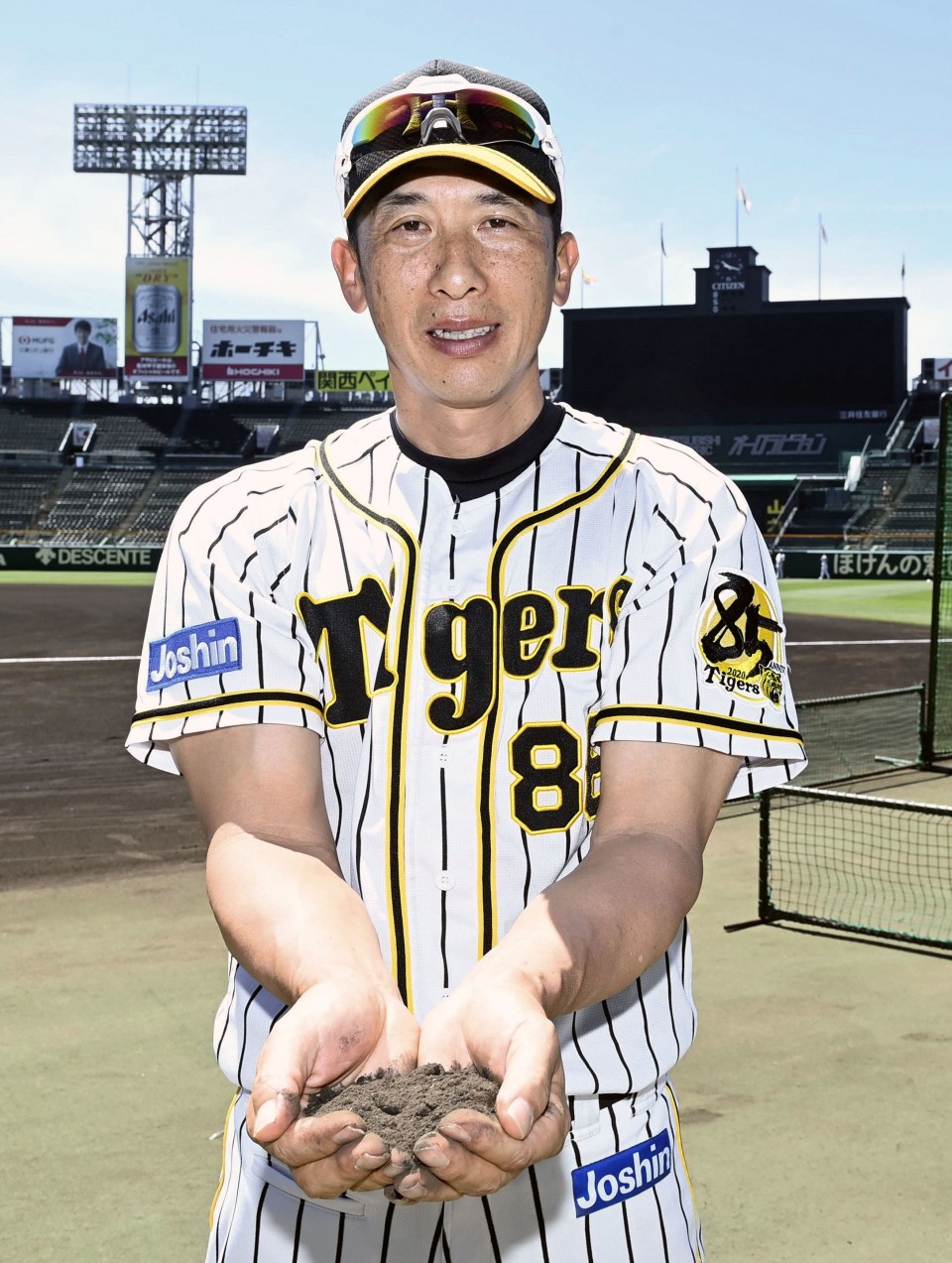 The Japan High School Baseball Federation decided in May to cancel the annual national tournament, which is broadcast nationwide from start to finish.

The national invitational tournament, which was scheduled to begin in March, was also called off due to fears over spreading the coronavirus.

The Tigers said in a statement that they came up with the idea after manager Akihiro Yano and the players sought ways to do something for the high school students who missed out on the chance to compete.

"I think all of the (high school) players are very disappointed that they weren't even given the chance. We decided to do this because we wanted to give them some encouragement," Yano said.

The Tigers and stadium staff will collect the dirt, and the key chains are scheduled to be distributed to school teams that have registered with the Japan High School Baseball Federation around late August.

The federation has not revealed the number of high school players for this academic year that runs until next March. There were a total of about 49,800 second-year students playing baseball, including rubber-ball baseball, in May last year.