The J-League first-division is expected to halt the use of the video assistant referee when it restarts matches next month, a league source said Tuesday.

The move, reportedly decided at a meeting of club executives, is aimed at reducing the spread of the coronavirus. The league's current VAR facilities require operators to work at close quarters, risking infection. 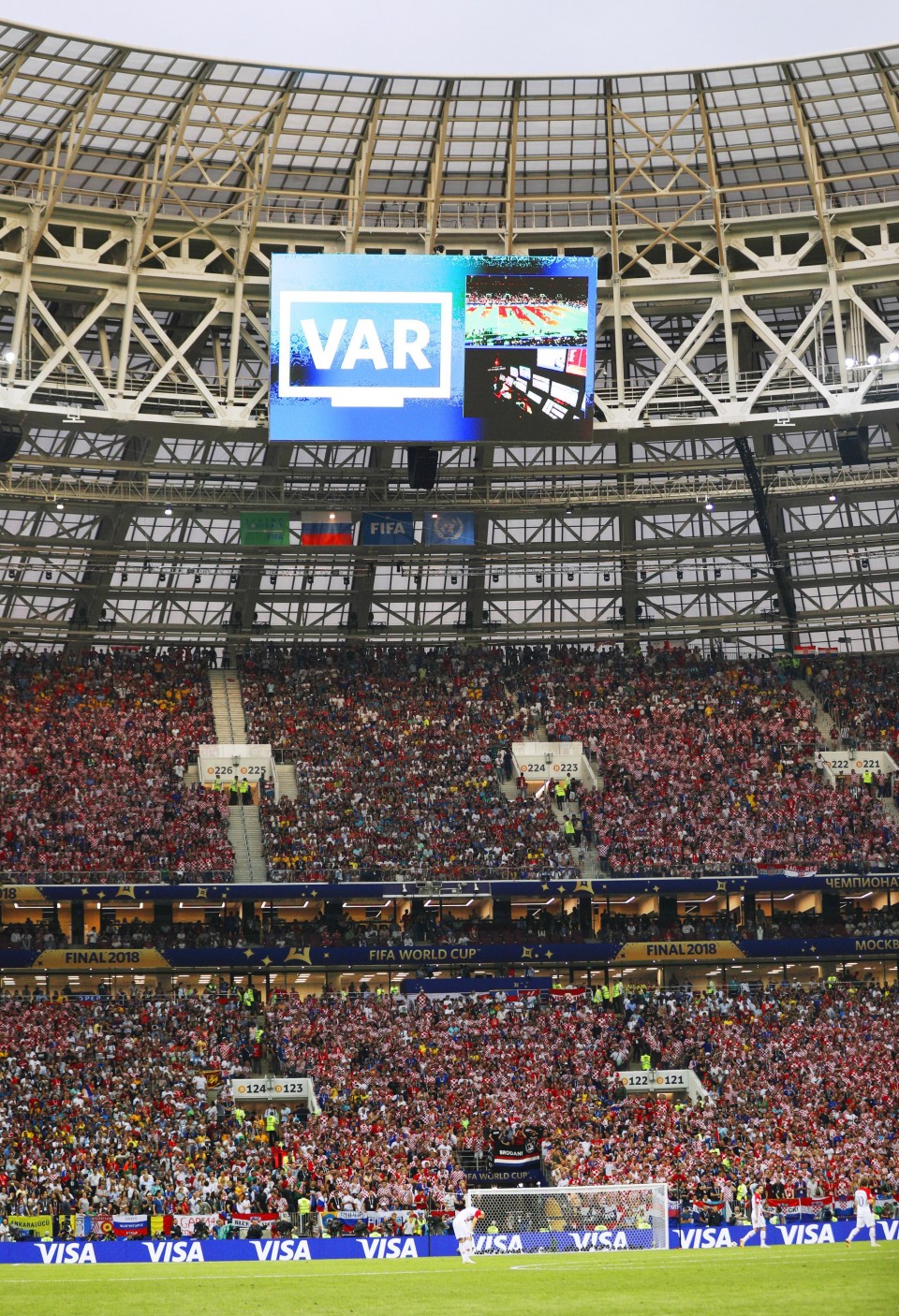 Photo shows a screen (above) showing the Video Assistant Referee being used during the first half of the World Cup final between France and Croatia at Luzhniki Stadium in Moscow on July 15, 2018. France won 4-2 to win the title. (Kyodo)

The league introduced VAR technology for J1 matches at the start of the season, prior to the suspension of play in late February due to the coronavirus pandemic.

An official decision will be made at a meeting of the league's board of directors on June 23.

"I want to discuss the situation with sponsors and referees, then make a decision with the board of directors," J-League Chairman Mitsuru Murai said in an online press conference following Tuesday's meeting.

The first division is set to resume behind closed doors on July 4 following a roughly four-month layoff, with the J2 and J3 restarting a week earlier.

A number of clubs reportedly raised concerns about plans to begin readmitting spectators on July 10 following countermeasures against the pneumonia-causing virus, with some in favor of continuing games in empty stadiums.

The revised J1 schedule is due to be announced on Monday.