A pair of small robotic explorers released by Japan's Hayabusa2 space probe made history Saturday by landing on an asteroid 300 million kilometers from Earth.

The country's space agency released images taken by the Minerva-II explorers on the surface of the asteroid Ryugu, where they are on a mission to gain clues to the formation of the solar system and the origin of life. 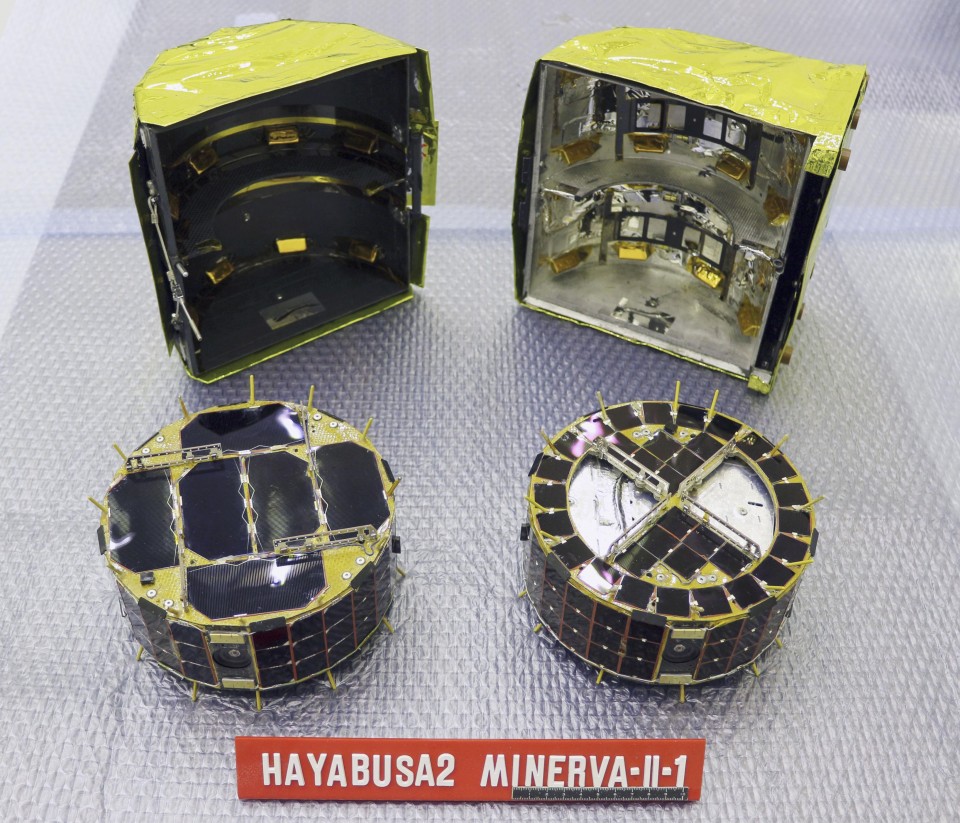 The first-ever landing by a roving explorer on an asteroid means redemption for the Japan Aerospace Exploration Agency, which failed on a similar mission in 2005.

"I'm proud we now have the means to travel across the surface of a small astronomical body, and that Hayabusa2 was able to contribute," project manager Yuichi Tsuda said in a written comment.

Measuring 18 centimeters by 7 cm and weighing roughly 1 kilogram, the two cylinder-shaped explorers will travel along the asteroid's rocky surface by using motors to hop in the low gravity. 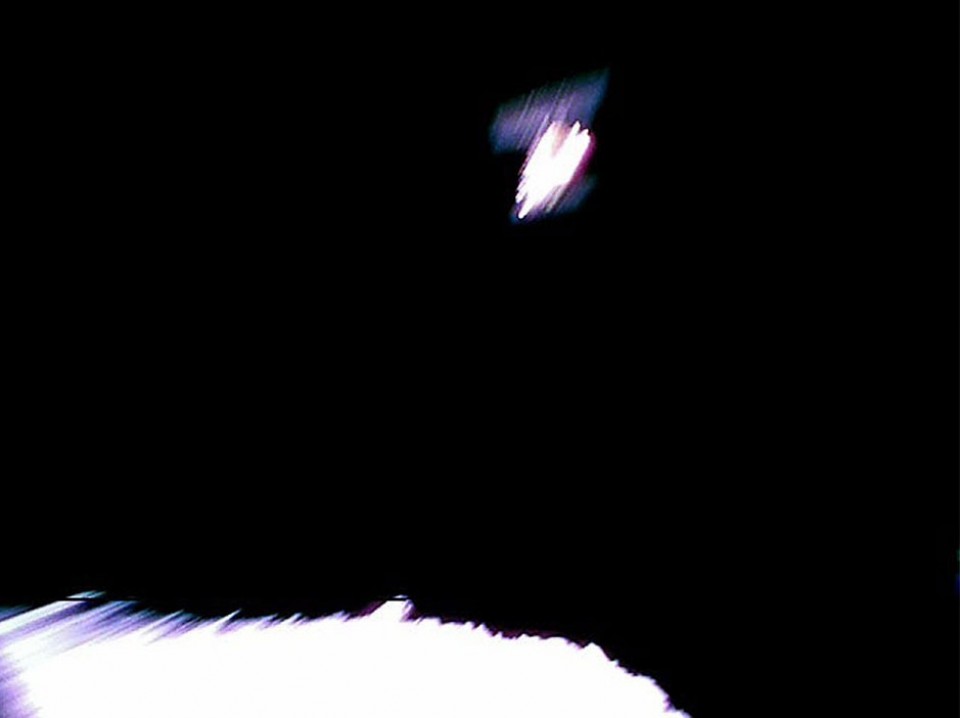 (Hayabusa2, top, and Ryugu captured in a photo taken by Minelva)

They will also measure the surface temperature ahead of Hayabusa2's own landing late next month. The main probe could make up to three landings during its mission, JAXA has said.

Hayabusa2 was launched in December 2014 and is scheduled to stay on the asteroid for about a year and a half before returning to Earth in late 2020. 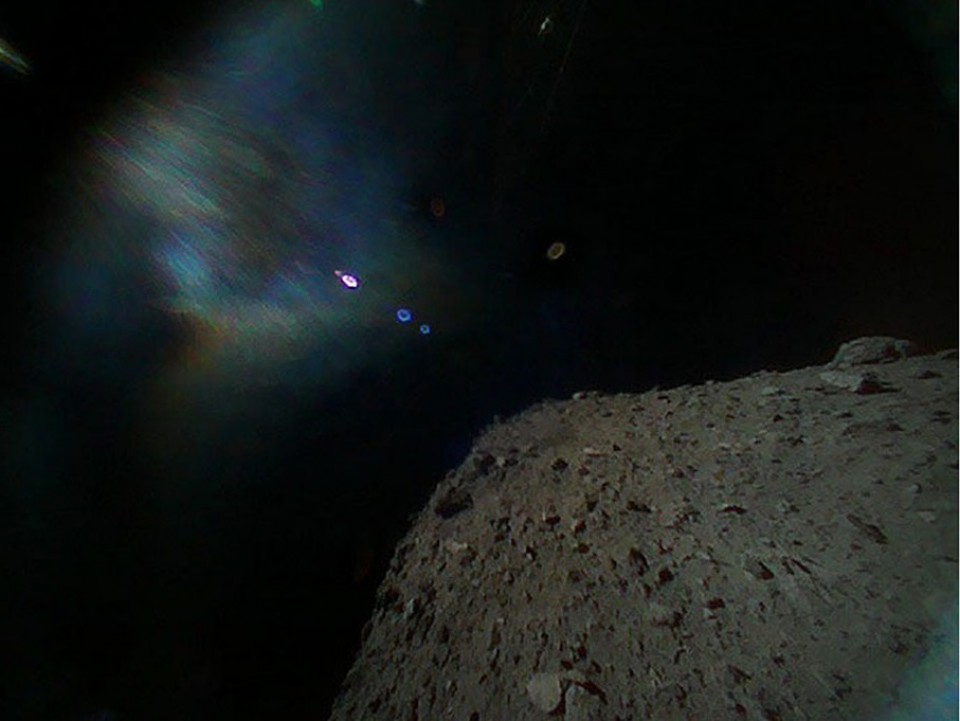 It is also carrying a German and French-made explorer called Mascot, which will be released early next month, as well as a third Minerva-II explorer that is scheduled to see action next year.

The probe's predecessor Hayabusa, named after the Japanese word for peregrine falcon, arrived at the Itokawa asteroid in 2005 to conduct scientific observations but its Minerva explorer failed to reach the surface. Hayabusa returned to Earth in 2010. 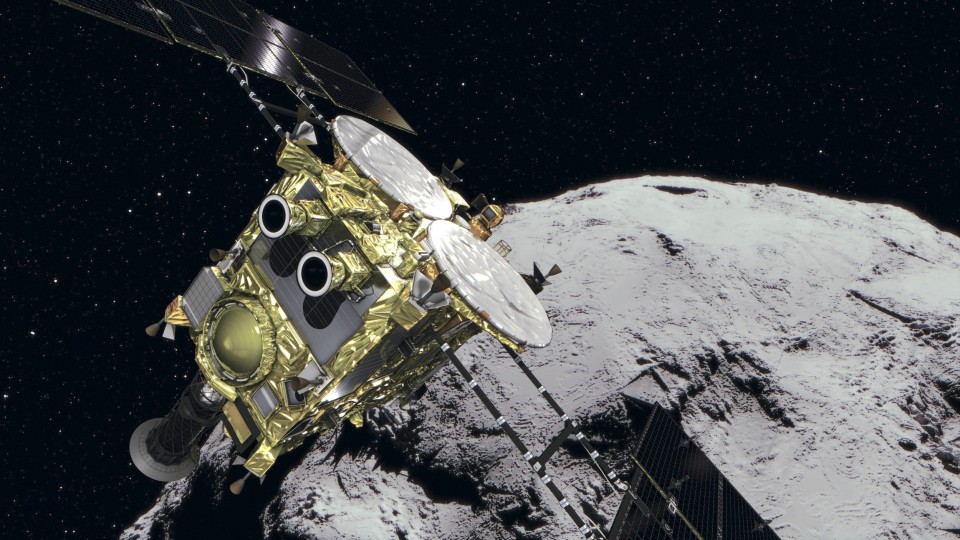