A Chinese man from Hong Kong set on fire a makeshift memorial tablet in an act of protest Wednesday morning at the war-linked Yasukuni Shrine in Tokyo and was arrested by police for trespassing, according to police and an activist group.

The incident occurred at around 7 a.m. in front of a gate located in the middle of the Shinto shrine's premises that leads to the main shrine. There was no damage to the shrine. 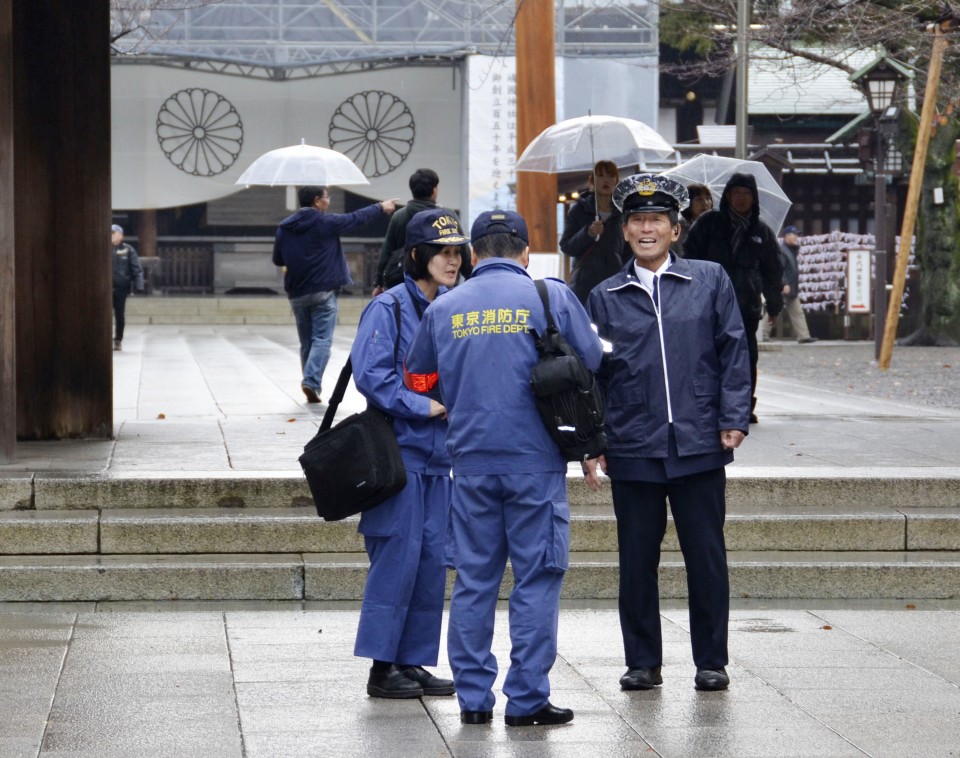 A Hong Kong-based activist group identified the man as its member Kwok Siu-kit, a 55-year-old civil servant lifeguard, and said he took the protest action on the eve of the anniversary of the 1937 Nanjing Massacre.

Video uploaded online by the group showed Kwok at the shrine, next to the burning tablet, holding a commemorative banner and shouting out, "Down to militarism! Forget not the Nanjing Massacre! Japan must apologize!" before being subdued by guards.

The tablet was inscribed with the name Japan's wartime Prime Minister Hideki Tojo, who is enshrined at Yasukuni.

The shrine honors convicted war criminals along with millions of war dead and is often seen as a symbol of Japan's militarist past by neighboring countries including China and South Korea.

Visits by Japanese leaders have drawn outcry from those that suffered under Japanese occupation or colonialism before and during World War II.

Police said a foreign woman who was with Kwok was also detained. The Hong Kong activist group identified her as journalist Yim Man-wa, one of its members.

The group, Action Committee for Defending the Diaoyu Islands, claims that Japan-administered Senkaku Islands in the East China Sea belong to China. China calls them Diaoyu.

China claims more than 300,000 people were killed in Nanjing during the incident, while Japan disputes the number of people killed in the Chinese city by the Imperial Japanese Army, citing historian estimates that range from tens of thousands to 200,000. 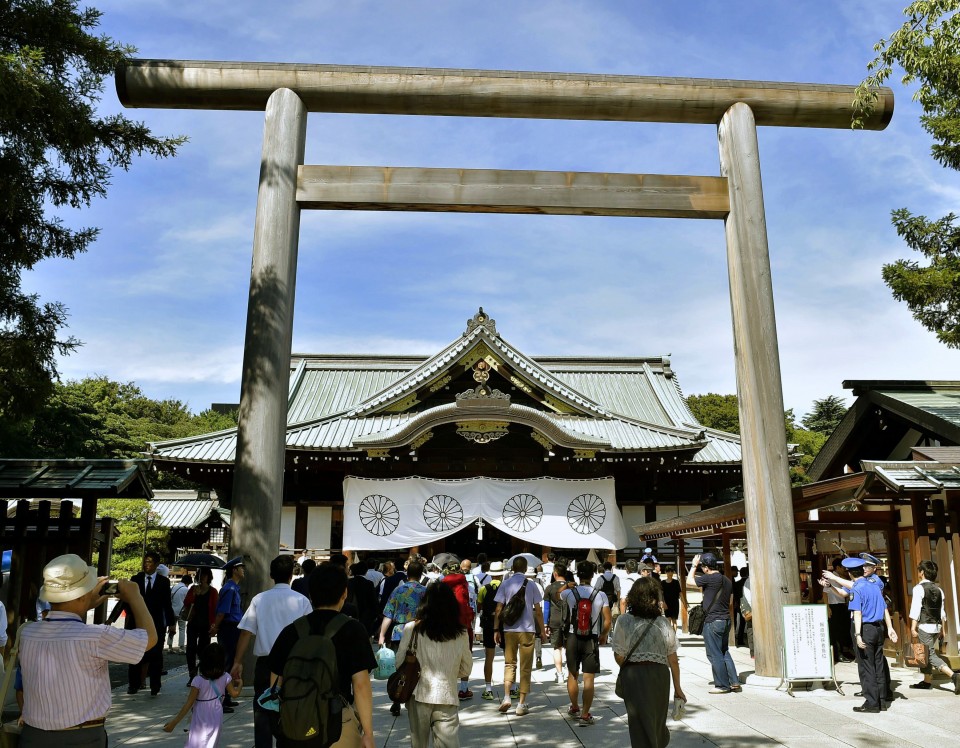