At least 619 buildings were damaged by mudslides, and water supply remained cut off at about 207,000 households as of Friday morning, according to government ministries, while temperatures rose above 30 C in many parts of the disaster-hit region.

"I'm worried my children may get heatstroke," said 38-year-old Yoko Kitamura, who has taken shelter at an evacuation center in Hiroshima with her four children.

The weather agency issued warnings starting July 6 to 11 prefectures, including the hardest-hit Hiroshima, Okayama and Ehime, but more than 200 people have died, according to police, and nearly 50 others remain missing, according to a Kyodo News tally. 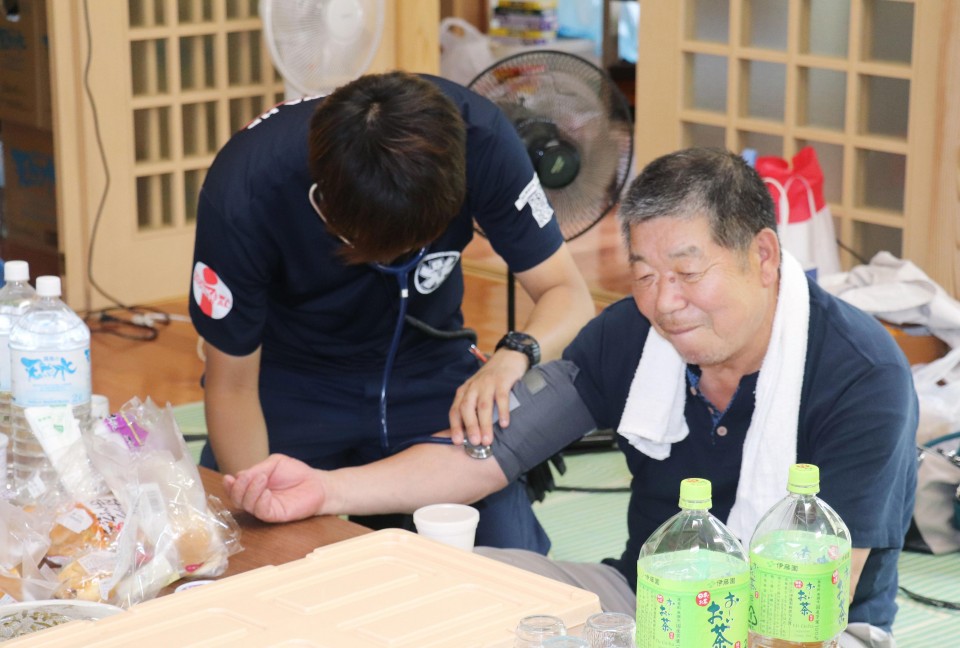 A shortage of temporary toilets at evacuation centers and people refraining from eating and drinking to avoid using bathrooms frequently have put them at increased risks of dehydration and blood clogging, experts say.

Evacuation centers tend to have only a limited number of temporary toilets and many are squat-style, which children and elderly people often have trouble using.

In past disasters, such toilets have been a source of concern among evacuees, with many children only accustomed to Western-style toilets.

At an evacuation center in Uwajima, Ehime Prefecture, 69-year-old Michiko Wakisaka, whose home was hit by a landslide, said she moved from another evacuation center after finding it only had squat-style toilets she cannot use due to disability.

"Everything remains uncertain," she said.

Many of the toilet facilities are also set up outside, and people tend to avoid using them at night or in rain.

He said evacuees should have a role in setting rules for toilet use and suggested creating other options such as putting portable toilets over existing toilets that are not functioning and allowing people to use them at night.

In the affected areas, in addition to roughly 73,000 rescuers, some 5,500 volunteer workers have already pitched in and their numbers are expected to grow, according to the government.

Disaster management minister Hachiro Okonogi, at a meeting in Tokyo, warned them against heat.

"We ask them to make careful considerations about protective gear and measures against heatstroke to manage their health," he said.

To grasp the extent of damage, Prime Minister Shinzo Abe visited Ehime on Friday following a trip to Okayama on Wednesday. He offered silent prayers at the site and met local people affected by the disaster. 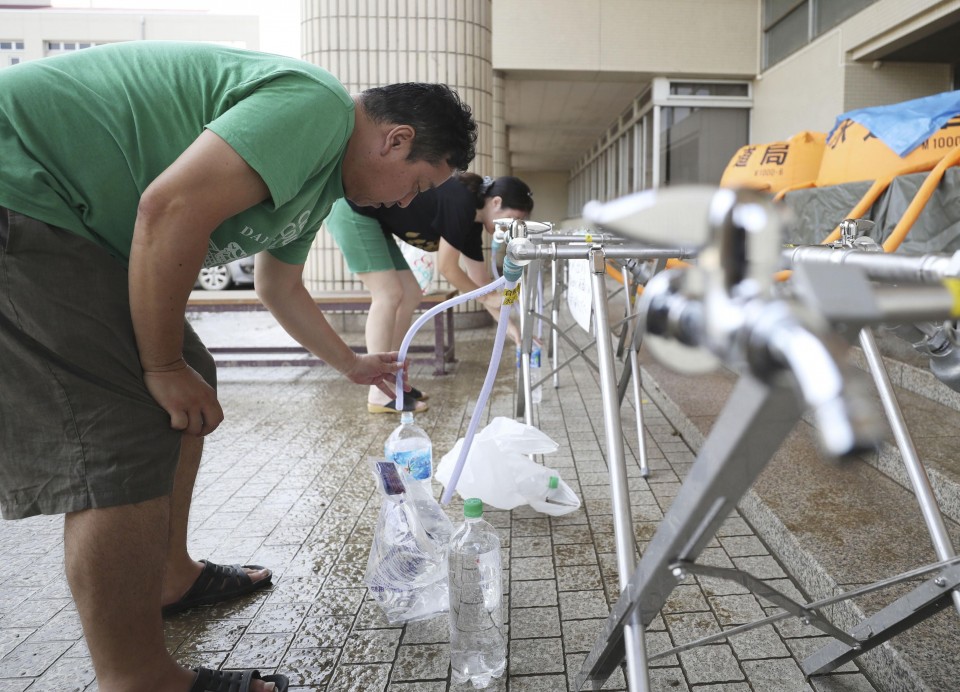 "Please take care of yourself as it is hot," he told a local woman after hearing her account of flooding.

Recently, the government increased the amount of water discharge at a national dam on the Hiji River, which overflowed its banks, killing five people living in its basin in Seiyo city in Ehime.

Abe defended the move as one that was "dealt with properly in accordance with the rules amid risk of an impending dam collapse."

At the same time, he said he understands there are various opinions and that the land ministry will look into the matter and see if there could be any ways to quickly improve the operation.

Land, Infrastructure, Transport and Tourism Minister Keiichi Ishii will visit Hiroshima, Okayama and Ehime prefectures from Saturday through Monday, while Internal Affairs Minister Seiko Noda will travel to Gifu -- a central Japan prefecture also hit by the downpour -- on Saturday.