A U.S. F-15 fighter jet crashed into the sea off Okinawa on Monday morning, with the pilot picked up by a search-and-rescue crew from Japan's Air Self-Defense Force, the U.S. military and local defense bureau said.

The F-15, belonging to the U.S. Kadena Air Base, crashed at around 6:25 a.m. about 80 kilometers south of Naha, the prefectural capital of Okinawa, during training, they said.

The pilot has been transferred to a hospital and is in "serious condition," the U.S. Air Force in Kadena said.

The latest crash adds to a slew of other accidents involving U.S. military aircraft in recent years, which have fanned safety concerns and local opposition to the military bases there. The southernmost island prefecture hosts the bulk of U.S. military facilities in Japan.

The Air Force said it has temporarily halted the local training operations of F-15 fighters while it "reviews operational, maintenance and safety procedures with unit personnel."

"The safety of our aircrews and the local community remains a top priority," it said. 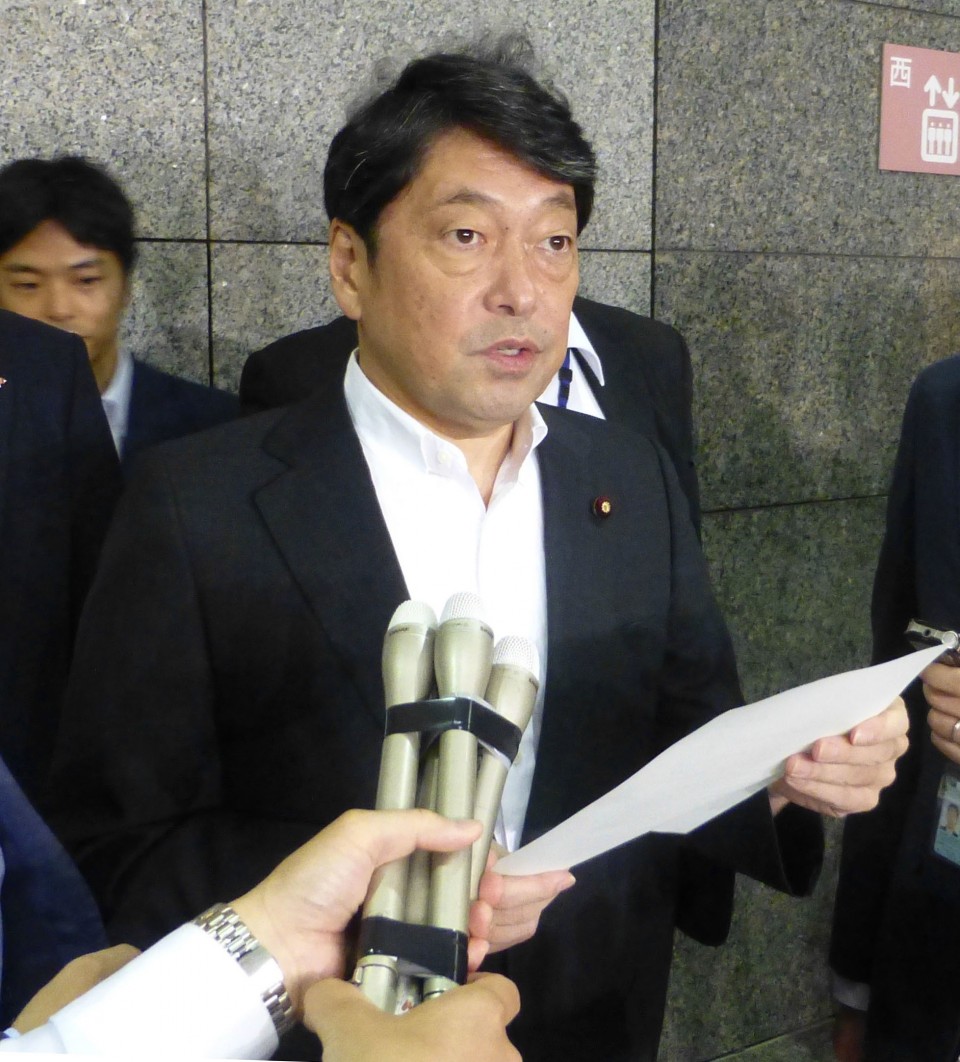 The aircraft was conducting a routine training mission with six other F-15 fighters at the time, and the pilot, the sole person on board, was ejected, according to the U.S. military and the ASDF.

The minister added he hopes to obtain a detailed report on the cause of the latest crash as Japan also uses the F-15.

"We cannot fulfill our responsibilities to our children and their children if such a situation becomes the norm," Okinawa Gov. Takeshi Onaga said. "I don't think there is a country like this among developed nations."

Kadena town mayor Hiroshi Toyama said, "The aircraft just happened to drop into the sea today," indicating that it could have fallen somewhere more dangerous.

No damage has been confirmed to ships operating in the sea near the crash site.

An F-15 fighter crashed into the sea off Okinawa in May 2013, and an object weighing 1.4 kilograms fell off an F-15 fighter during a flight in February.

Okinawa has seen a series of crashes involving other U.S. military aircraft over the years.

Among more recent notable cases, an MV-22 Osprey aircraft made a crash-landing into waters off Nago, leaving two injured, while a CH-53E helicopter made an emergency landing and burst into flames near a residential area in Higashi in October 2017.

"Local elementary schools and junior high schools have been conducting drills on scenarios that an aircraft has crashed, but you never know when they will become reality," said a 57-year-old resident of Kadena, Yoshihiro Fukuchi.