North Korea claimed Wednesday it successfully test-fired its new and "most powerful" intercontinental ballistic missile that is capable of hitting anywhere in the United States with a nuclear warhead.

"Now we have finally realized the great historic cause of completing the state nuclear force and the cause of building a rocket power," North Korean leader Kim Jong Un, who oversaw the launch, was quoted as saying in a government statement. 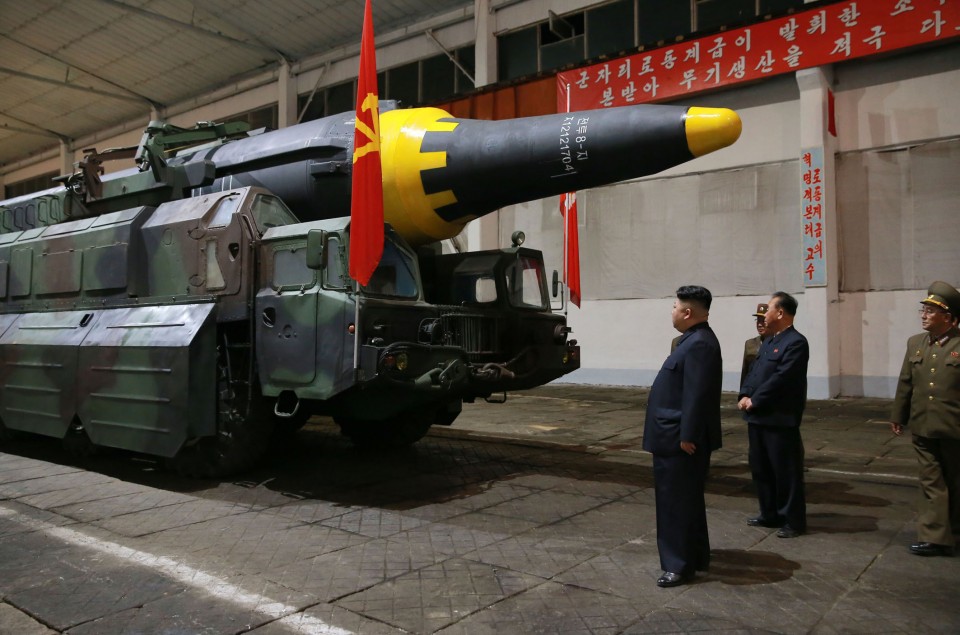 The statement, carried by official media, said the Hwasong-15 missile fired in the early morning reached an altitude of 4,475 kilometers and covered a distance of 950 km, after flying for 53 minutes.

It said the new missile, launched at around 3:18 a.m. Japan time, can be mounted with a "super-large heavy (nuclear) warhead" and has "much greater advantages in its tactical and technological specifications" than the Hwasong-14 ICBM, which Pyongyang tested twice in July.

This is the first time that North Korea has declared the perfection of its "nuclear force." 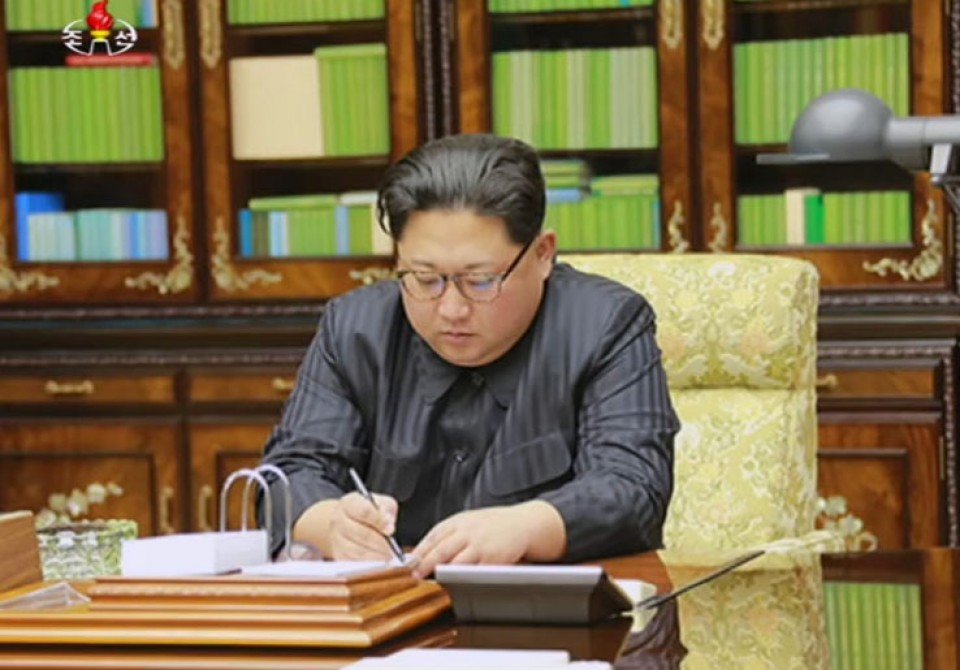 It said the Hwasong-15 missile is the "most powerful ICBM which meets (its) goal of the completion of the rocket weaponry system development."

The state-run Korean Central News Agency reported that the newly developed "9-axis self-propelled launching vehicle" used in the Hwasong-15 weapon system can now be domestically produced "as many as the country wants."

The test also confirmed again the reliability of an engine and a warhead when it re-enters the earth's atmosphere, according to KCNA.

David Wright of the U.S.-based Union of Concerned Scientists said in a statement that if launched on a standard angle instead of its steep "lofted" trajectory, the missile would have a range of over 13,000 km, more than enough to reach Washington D.C. and "in fact any part of the continental United States."

Before North Korea can truly threaten the United States, it still needs to fire a long-range missile on a standard trajectory to prove it has the technology needed for a warhead to withstand the tremendous heat and pressure of atmospheric re-entry.

North Korea's first launch of a ballistic missile since mid-September came after the United States last week placed Pyongyang back on its list of state sponsors of terrorism.

Abe told reporters he and Trump agreed that they will "lead the coordination of the international community to raise pressure on North Korea to the maximum possible extent." 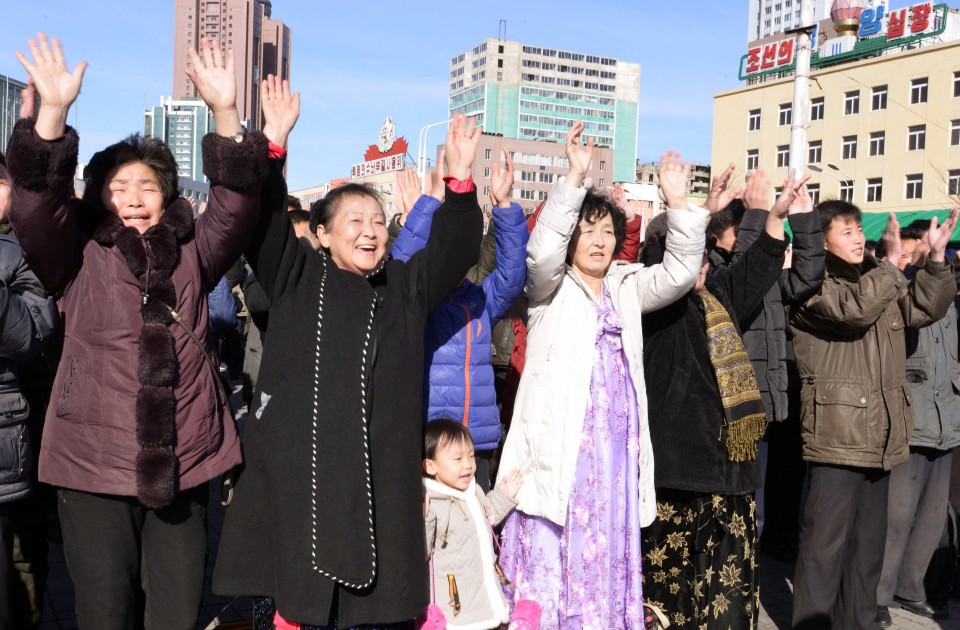 The White House said Trump and Abe shared the view that "the North Korean regime's provocative actions are undermining its security and further isolating it from the international community."

There are no reports of damage to aircraft or ships in the area of the Sea of Japan where North Korea's third ICBM appears to have come down, around 250 km west of the northern tip of Japan's main island of Honshu.

Japanese Defense Minister Itsunori Onodera said Tokyo did not give an order to intercept the missile as it judged there was no possibility it would land within Japanese territory.

South Korea's military said the missile was launched from the vicinity of Pyongsong, near the North Korean capital, and flew eastward.

The U.N. Security Council will hold an emergency meeting on Wednesday afternoon over the missile launch following a request by Japan, South Korea and the United States, Italian Ambassador Sebastiano Cardi said in New York. Italy holds the presidency of the Security Council for the month of November.

The Security Council had imposed stricter sanctions on North Korea on Sept. 11, taking aim at its supply of oil and gas for the first time, following Pyongyang's sixth and by far largest nuclear test earlier that month.

The latest action by North Korea in violation of multiple U.N. resolutions also came after a special envoy of Chinese President Xi Jinping returned last week from a four-day visit to Pyongyang.

Song Tao, head of the Chinese Communist Party's International Department, and senior North Korean officials discussed the situation on the Korean Peninsula. But according to diplomatic sources, the envoy, the first known high-ranking Chinese official in more than a year to have visited there, could not meet with the North Korean leader.

China has been under pressure from the United States and its allies to use more of its leverage as North Korea's main economic lifeline to push its neighbor into abandoning its nuclear and missile programs.

At the same time, he said, China hopes that all countries concerned will act "prudently" and maintain the peace and stability of the region.

He also repeated China's long-held position that it opposes the imposition of unilateral sanctions outside the framework of the United Nations, even after the latest ICBM test.

Over the more than two months to Wednesday during which North Korea refrained from carrying out a major arms test, it did not show any indication of halting its nuclear program.

Last week, a North Korea Foreign Ministry spokesman denounced the U.S. decision to designate North Korea as a state sponsor of terrorism as a "serious provocation and a violent infringement upon our dignified country."

The spokesman reiterated that North Korea will advance its nuclear program as long as the United States continues with its "hostile" policy against Pyongyang.

In his speech to the United Nations on Sept. 19, Trump said he is prepared to "totally destroy" North Korea if the United States is forced to defend itself or its allies. He also mocked the North Korean leader as "Rocket Man."

Kim responded by issuing a statement saying, "Now that Trump has...insulted me and my country in front of the eyes of the world...we will consider with seriousness exercising of a corresponding, highest level of hard-line countermeasure in history." 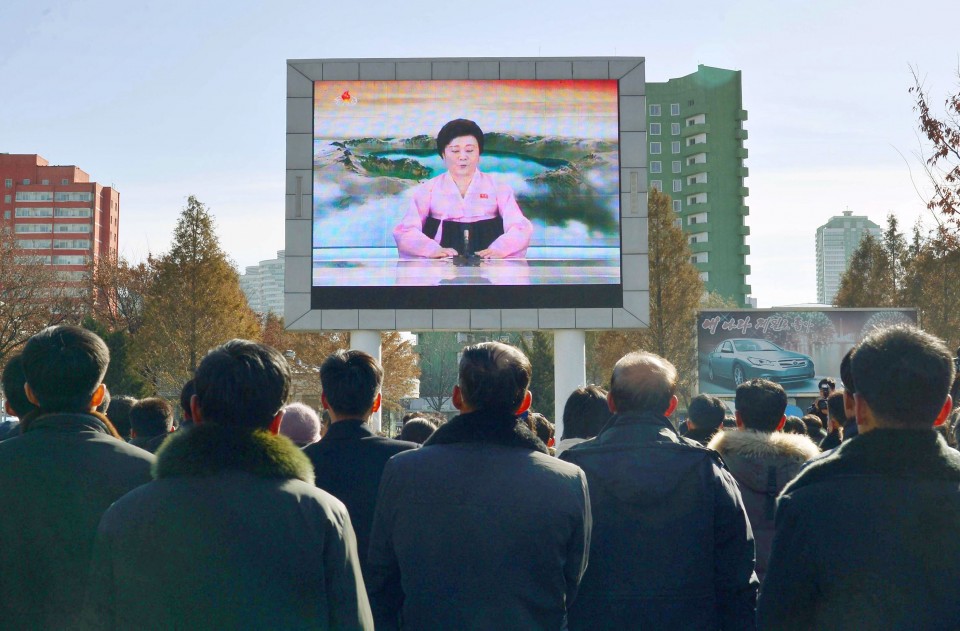 Sept. 15 -- North Korea fires intermediate-range ballistic missile over Hokkaido into the Pacific with flight distance of 3,700 km, the longest yet, putting Guam within range.