A Japan Airlines plane bound for New York made an emergency landing shortly after leaving Tokyo's Haneda airport Tuesday morning as flames were seen coming from the left engine, the transport ministry said.

The operator of the Boeing 777 first suspected a bird strike, but the ministry later said there was no sign that birds had been hit by the aircraft. A total of 251 passengers and crew members were aboard the plane, but no one was injured. 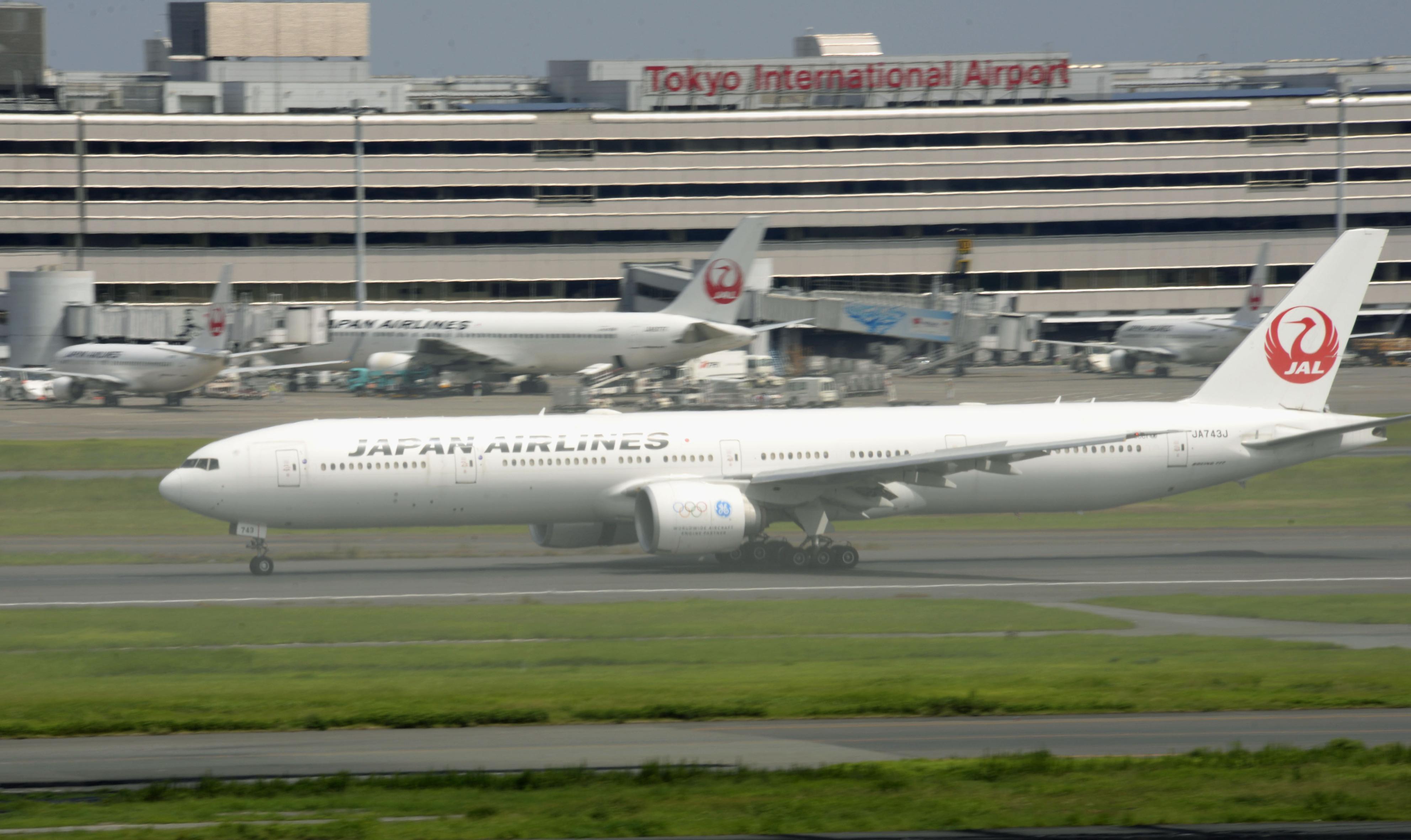 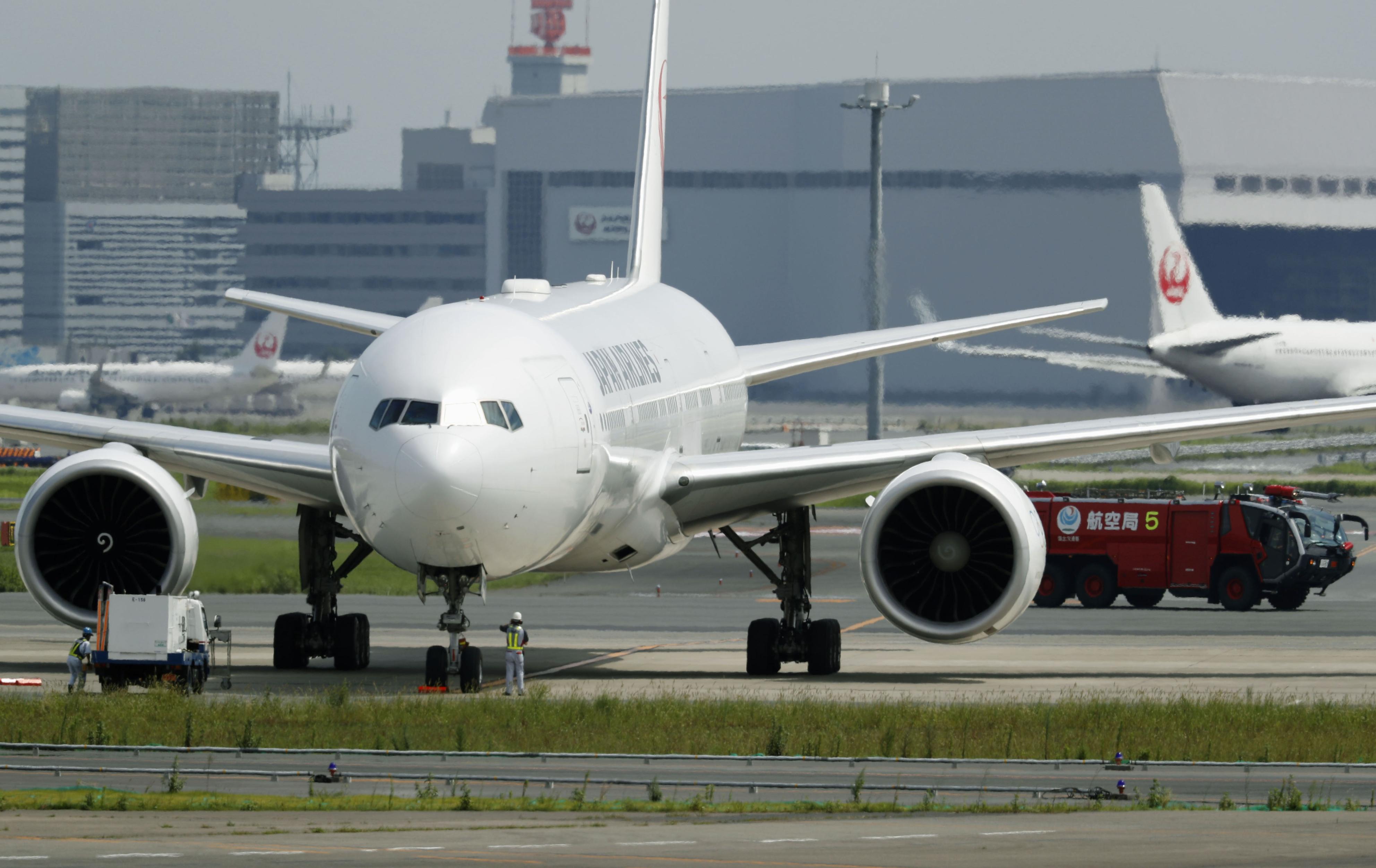 JAL Flight 6 took off from Haneda airport at 11 a.m., heading in a northerly direction. An onboard alarm indicated trouble with the left engine shortly afterward and the aircraft notified air traffic control.

The transport ministry's office at the airport also confirmed via a monitor that flames were coming from the plane's left engine and noticed smoke rising from grass near the northern edge of the runway. The runway was closed and shattered aircraft parts were later found there.

The Ministry of Land, Infrastructure, Transport and Tourism said it found some damage to turbine blades inside the engine.

The plane arrived at Haneda at 12:09 p.m., after shutting down the troubled engine and dumping unnecessary fuel so that it could land safely. The twin-engine Boeing 777 is capable of flying on a single engine.

Most passengers were transferred to a different plane and left Haneda the same day.

One of the passengers, Makiko Kobayashi, recalled, "There was an announcement shortly after takeoff that the plane was going to return because of engine trouble. The crew appeared tense, while the passengers were calm."

"But I didn't think the engine was on fire," the 43-year-old associate professor at Kumamoto University added. 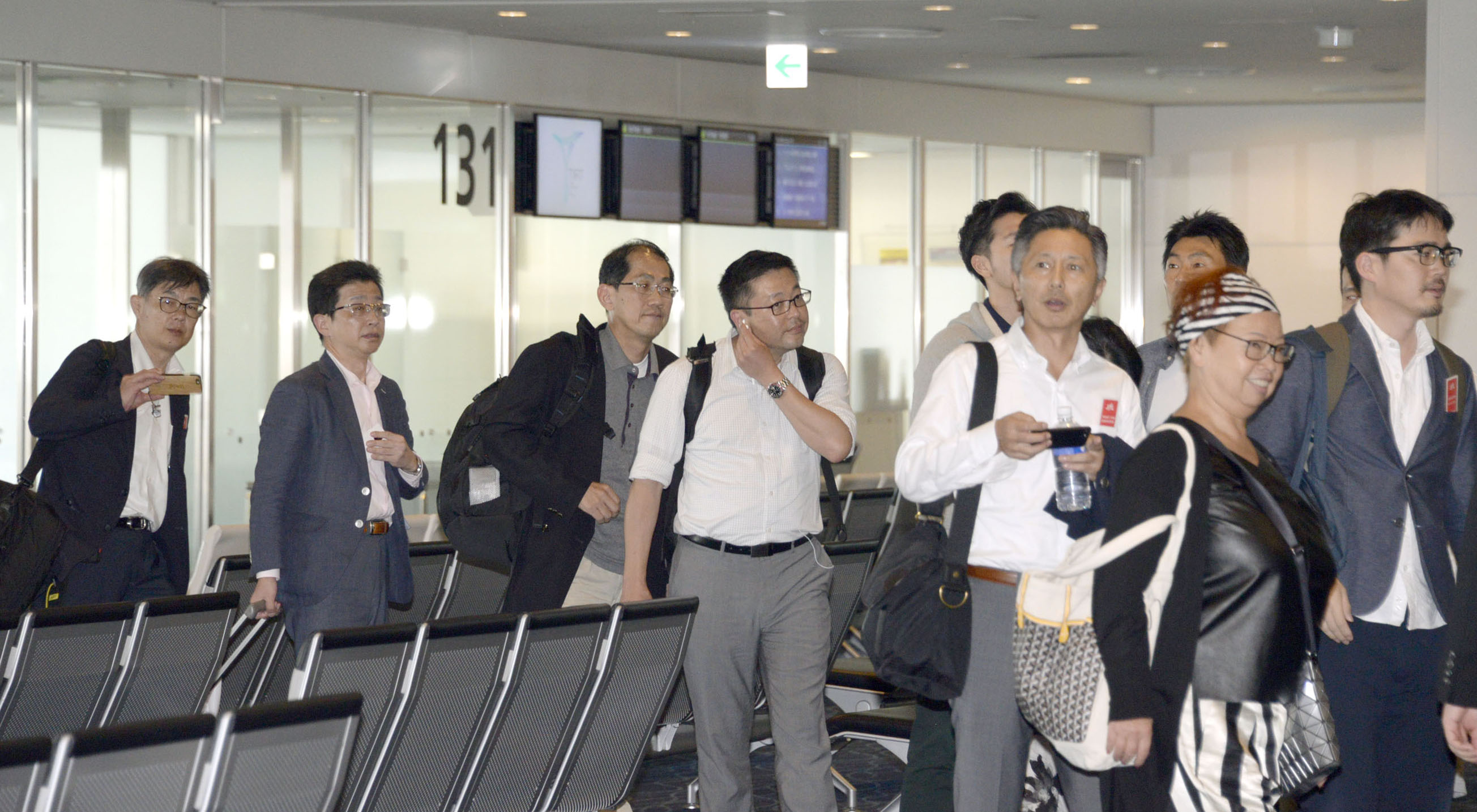 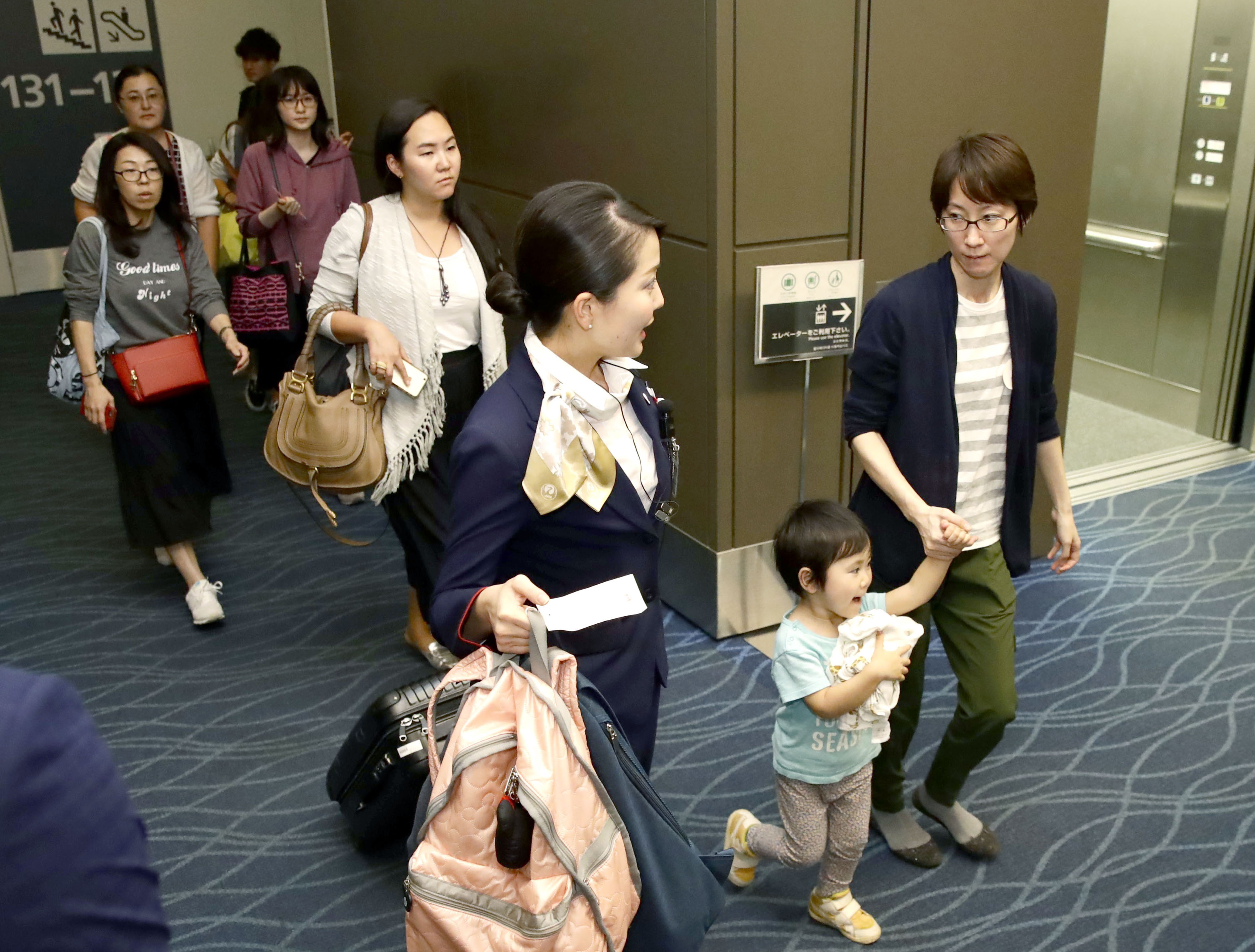 Miki Yashiro, a resident of Chiba Prefecture who saw the plane near the airport, said she heard successive "huge bangs" and was surprised to see orange flames coming from the plane's left engine.

"The plane sharply turned course at low altitude so I was worried that it might crash," she said. 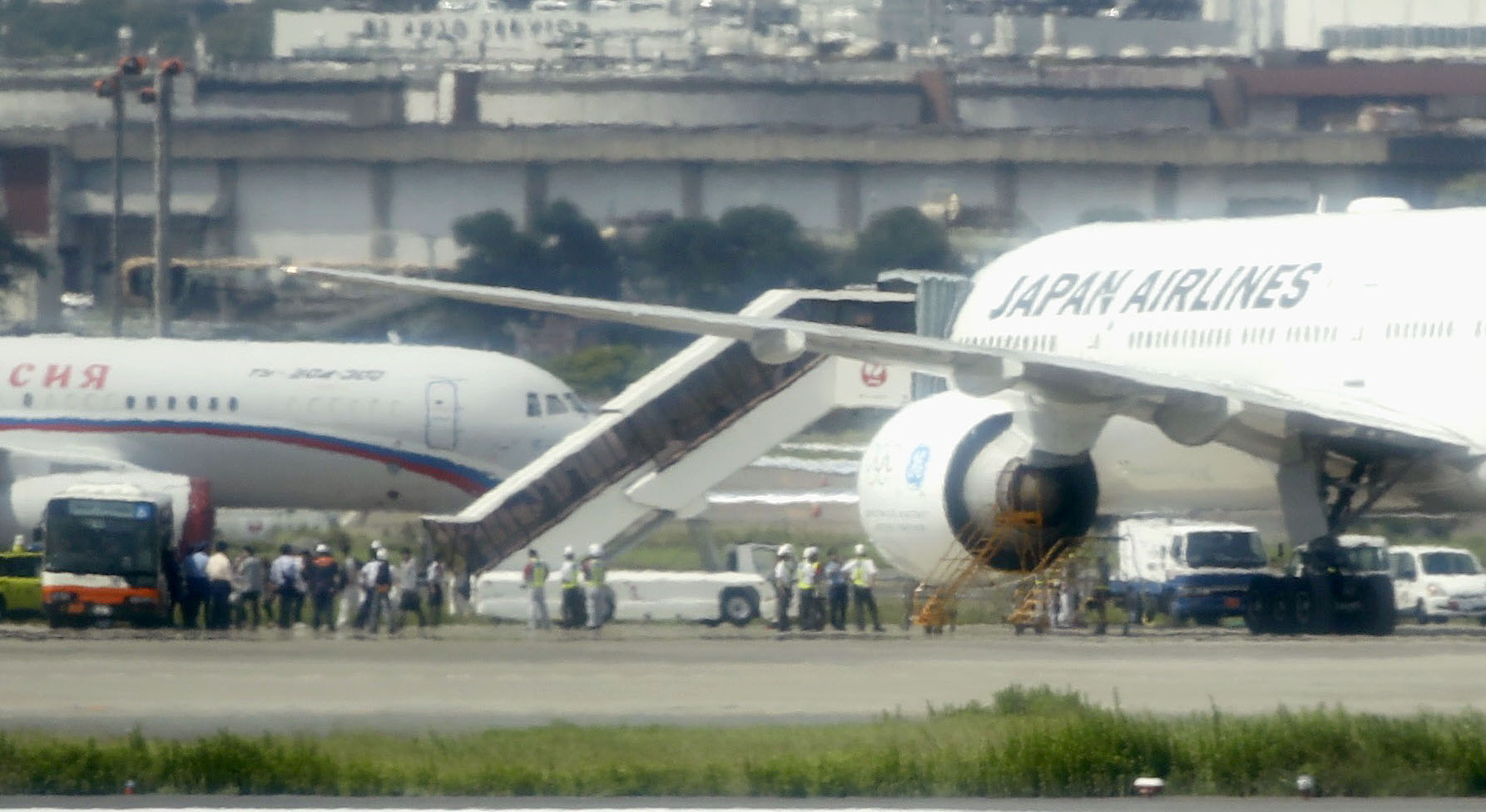 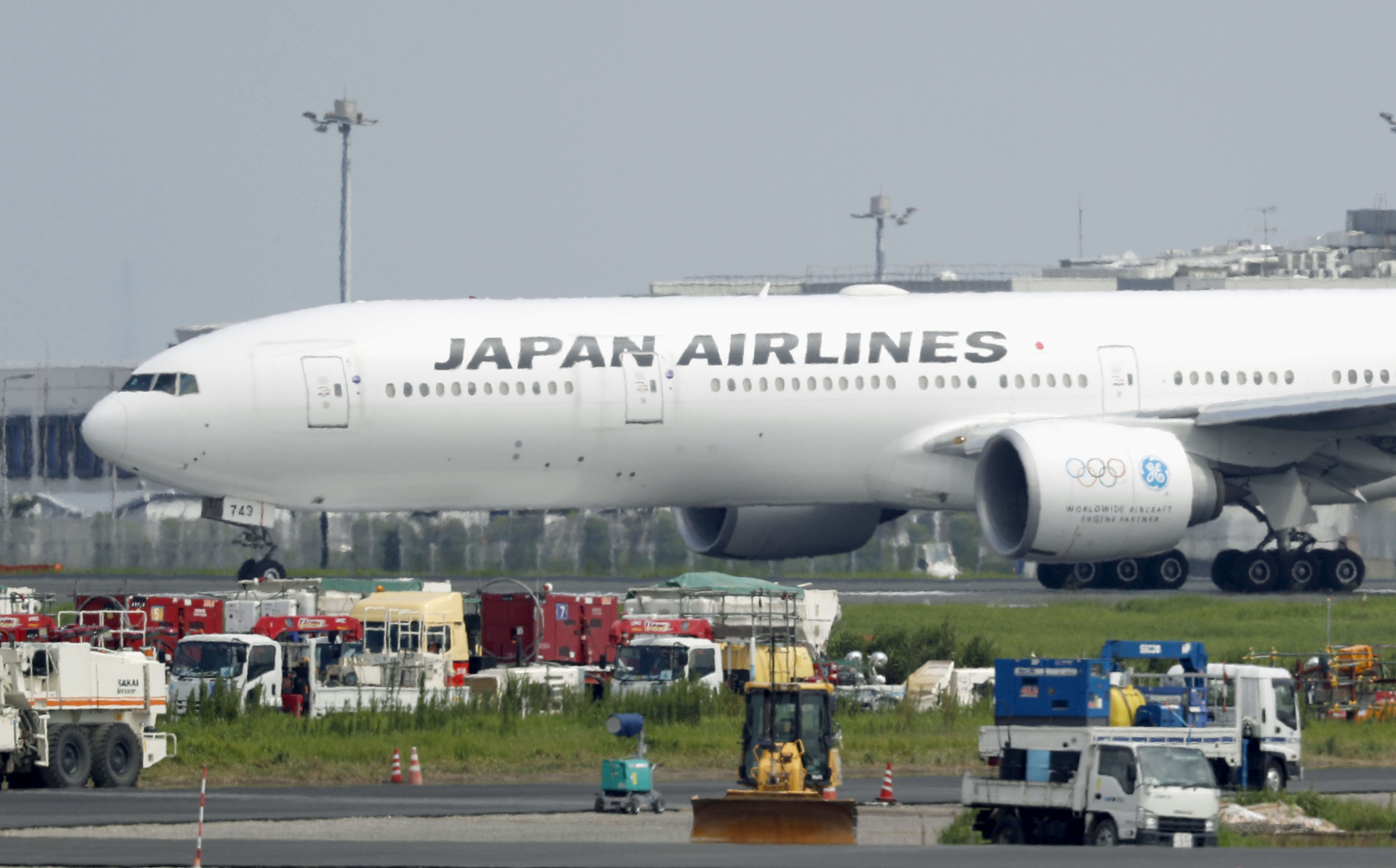