A large typhoon ripped through the Japanese archipelago and moved beyond the northernmost main island of Hokkaido on Monday, leaving two people dead and three missing.

Engulfing wide areas with stormy conditions, including the Tokyo metropolitan area, Typhoon Talim made landfall on Hokkaido just after 10 a.m. after passing over the Sea of Japan, the Japan Meteorological Agency said.

The typhoon weakened to an extratropical depression near Sakhalin at around 9 p.m., the weather agency said.

In Kagawa Prefecture, an 86-year-old woman was found dead in her house after it was crushed in a mudslide, while the body of a 60-year-old man was also found in a sunken car in a river in Kochi.

In Kochi and Oita, police are searching for three men who remain missing after they went outside to check on a ship and rice fields, respectively.

Some 42 people have been injured in 18 prefectures across Japan. The typhoon also grounded many flights, disrupting bullet train services in northern and northeastern Japan. 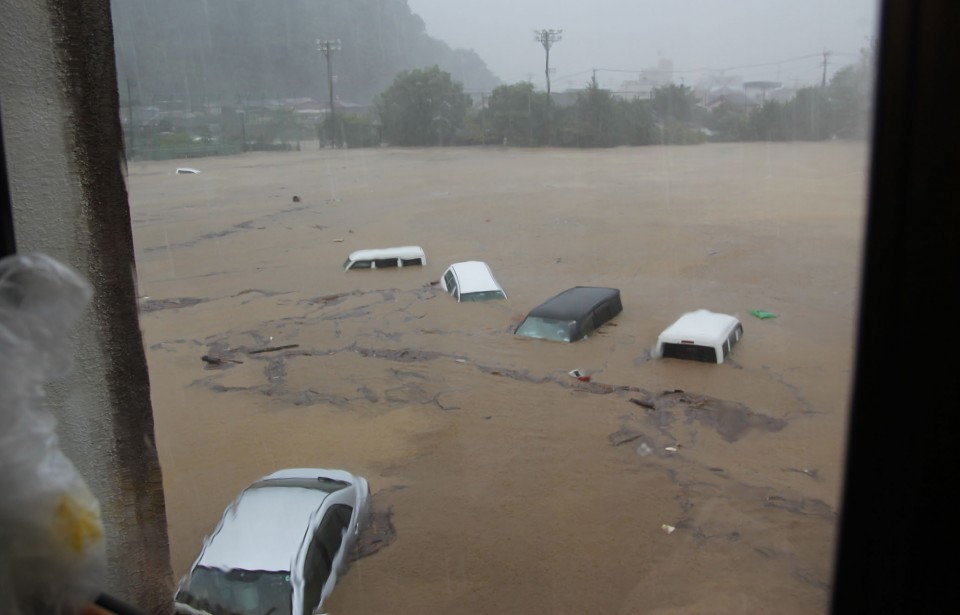