A slow-moving typhoon made landfall in Wakayama Prefecture on Monday afternoon, the weather agency said, after leaving at least one dead and seven injured in southwestern Japan.

As of 3:50 p.m., Typhoon Noru was roughly 30 kilometers southwest of the city of Wakayama, moving in a northeasterly direction at a speed of 20 kilometers per hour with an atmospheric pressure of 975 hectopascals and packing winds of up to 144 kph, according to the Japan Meteorological Agency. 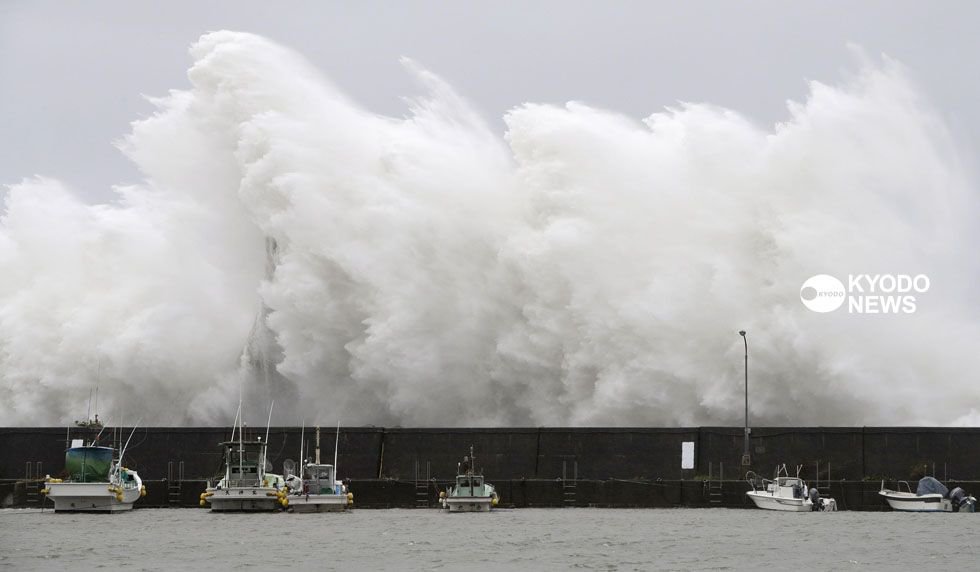 In southwestern Japan, a man in his 60s died in strong winds on Yakushima Island in Kagoshima Prefecture on Saturday, while seven people sustained injuries in the prefecture.

The slow speed of the typhoon may bring a long period of heavy rain, prompting the agency to warn of river flooding and landslides as well as strong winds and high waves.

The typhoon made landfall in the northern part of Wakayama Prefecture on the main island of Honshu at around 3:30 p.m.

West Japan Railway Co. suspended some train services on lines connecting Shikoku and Honshu, and decided to halt the operation of over 70 express trains.

At Kansai International Airport in Osaka Prefecture, more than 120 domestic and international flights were cancelled.

All Nippon Airways and Japan Airlines cancelled over 280 flights, including those linking the western main island of Shikoku and Tokyo's Haneda airport.

As of Monday morning, the typhoon had brought rainfall of over 330 millimeters in some parts of Kochi Prefecture and more than 260 mm in the town of Kamikatsu in Tokushima Prefecture, both in Shikoku.

After making landfall in the Kinki region centering on Osaka, the typhoon is expected to reach eastern Japan on Tuesday.

Over the 24-hour period through noon Tuesday, precipitation is expected to reach 400 mm in the Kinki and Tokai regions, 300 mm in the Hokuriku and Kanto-Koshin regions including Tokyo and 200 mm in Shikoku.

A maximum wind speed of 162 kph is expected in Shikoku, 144 kph in the Kinki area and 126 kph in the Tokai, Chugoku and Hokuriku regions on Tuesday. 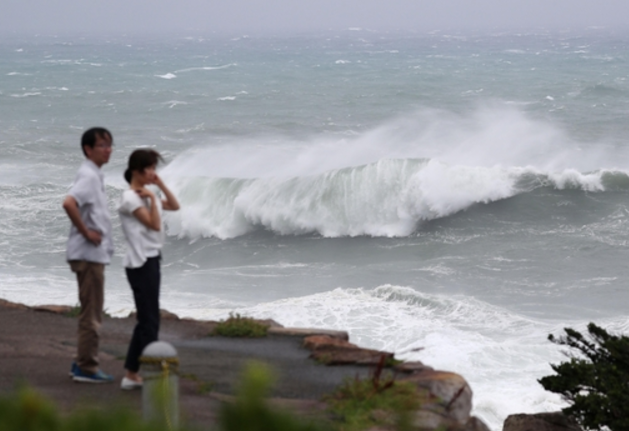