Tonga entered nationwide lockdown on Wednesday as five coronavirus cases were reported in the previously virus-free Pacific island country, confirming fears that international aid would bring COVID-19 to the country devastated by a volcanic eruption and tsunami last month.

According to local media, Prime Minister Hu'akavameiliku said in an urgent national address late Tuesday that two men handling the incoming shipments at the capital's port had returned positive results in routine testing.

In an update on Wednesday, the government confirmed three family members of one of the port workers had also tested positive, local journalist Marian Kupu said. 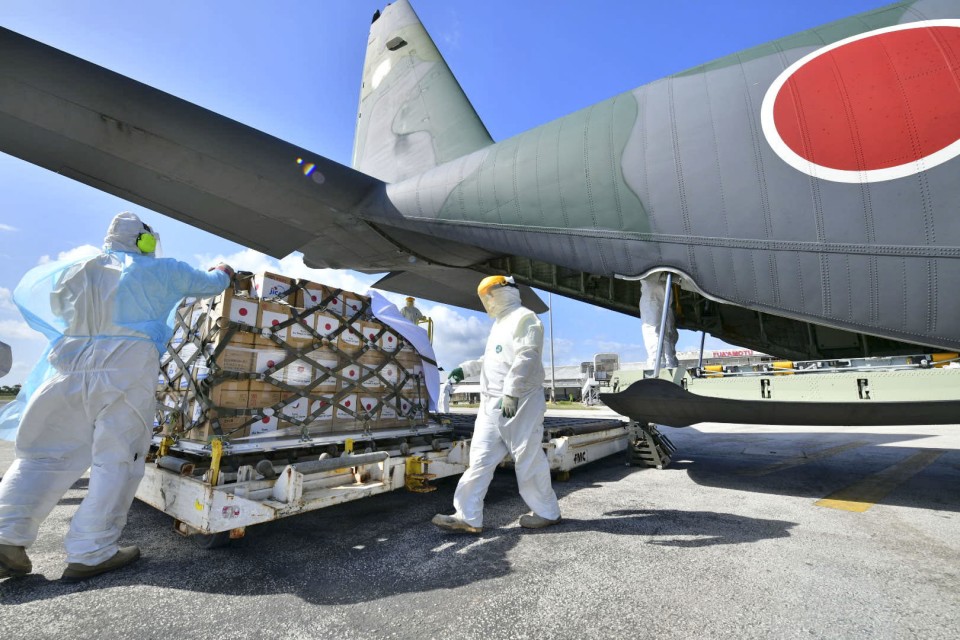 Airport officials check a cargo of drinking water that was unloaded from a Japan Air Self-Defense Force C-130 transport plane at an airport in Tonga on Jan. 22, 2022. (Photo courtesy of the Japan Joint Staff)(Kyodo)

Tonga had previously recorded only one case of the virus in quarantine at the border, which was deemed a historical case with the individual no longer considered infectious at the time of testing.

Kupu, a journalist at Tongan radio station BroadcomFM, said locals queued at shops and banks on Wednesday morning ahead of the lockdown beginning at 6 p.m., with panic buying occurring as people tried to stock up on food.

It is unknown how long the country will be in lockdown, with health officials to provide an update every 48 hours, according to local news site Matangi Tonga.

The first local cases dealt a second blow to Tonga, which is still in disaster recovery mode after the eruption of the undersea volcano on Jan. 15.

Ships carrying aid and supplies have arrived from Japan, Australia, New Zealand and the United States, among others, with all deliveries following strict "contactless" protocols in a bid to prevent transmission of the virus.

The delivery of supplies to outer islands has also been halted temporarily, with all ships and flights between islands paused as officials attempt to slow the spread of the virus.

About 61 percent of Tonga's 107,000 people are fully vaccinated, according to a tally by the University of Oxford's Our World in Data project. 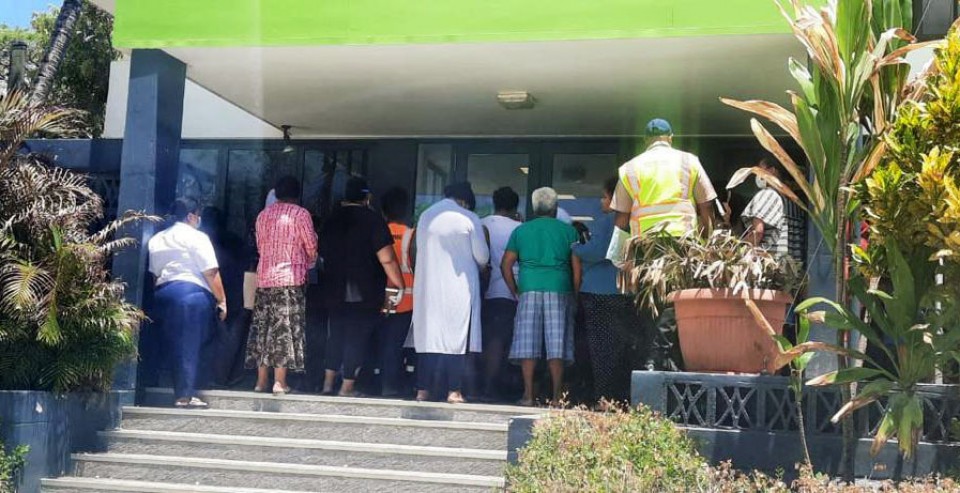 People flock to a grocery before the start of a lockdown in Nuku'alofa, Tonga, on Feb. 2, 2022. (Photo courtesy of Marian Kupu)(Kyodo)