The Japan Committee for UNICEF on Tuesday called for donations to help disaster-hit Tonga introducing tweets from rugby greats Dan Carter of New Zealand and Tendai Mtawarira of South Africa.

Superstar flyhalf Carter, a three-time World Rugby Player of the Year, played in the Japan Rugby Top League from 2018 through 2020 for Kobe Kobelco Steelers, while prop Mtawarira won the 2019 World Cup in Japan with the Springboks. 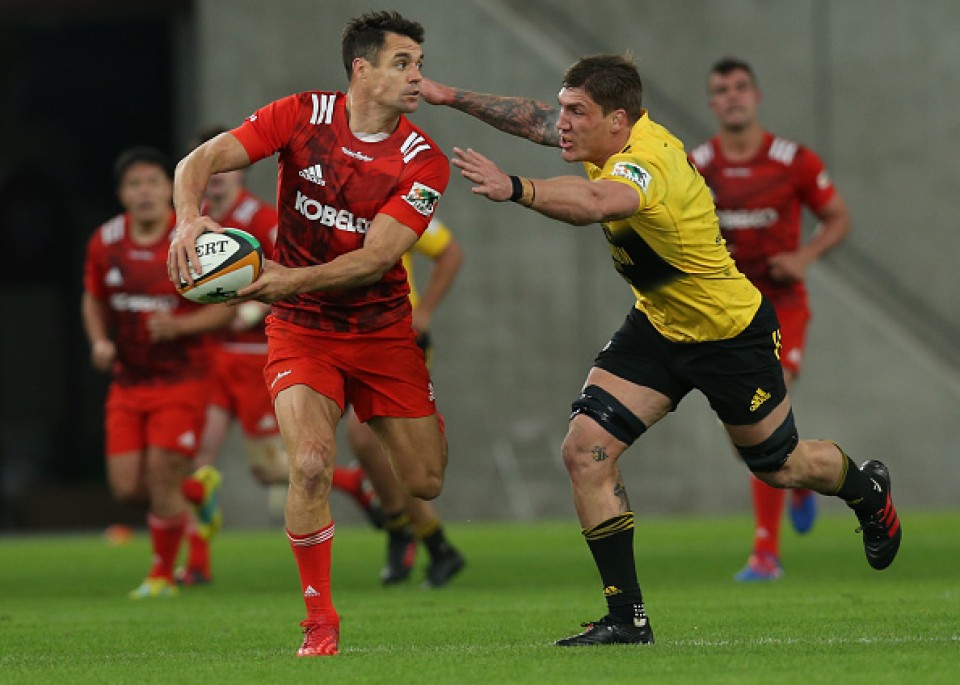 "Kids in Tonga need our help. Please join me to support...so children & families can get clean water to survive," Carter, goodwill ambassador of the United Nations Children's Fund since 2021, tweeted along with a video message as he called for aid through the UNICEF emergency campaign.

Kids in Tonga need our help. Please join me to support @UNICEFNZ emergency campaign so children & families can get clean water to survive. You can donate at https://t.co/EToa5L1kr9 🙏 thank you pic.twitter.com/N2sH4HgZzS

Mtawarira, who set up a foundation to help young people after his retirement, also sent a video message and tweeted that the people of Tonga "need urgent emergency supplies after the shocks of the tsunami & volcano" and "every bit makes a difference."

Children & families in Tonga need urgent emergency supplies after the shocks of the tsunami & volcano.

Please join me to support @UNICEF efforts so children can get clean water & other essentials. Every bit makes a difference. TQ: https://t.co/gA109iDymr pic.twitter.com/3L7wwBk29W

The Pacific islands nation was hit by an undersea volcanic eruption and a tsunami on Jan. 15, sending tsunami waves across the Pacific and killing at least three people in Tonga. 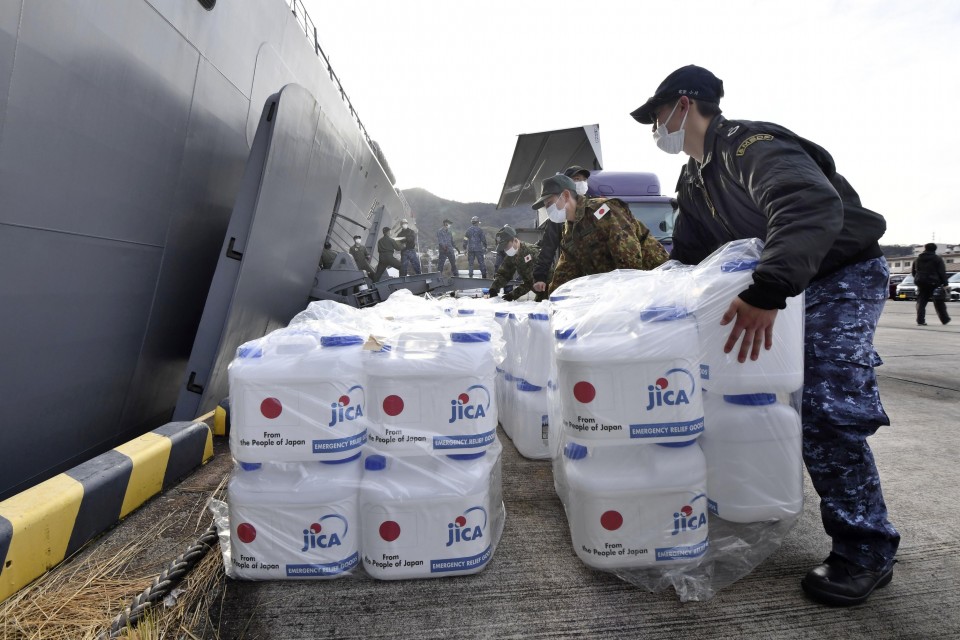 Drinking water and other relief supplies bound for Tonga are loaded onto the Japan Maritime Self-Defense Force's transport vessel Osumi at its base in Kure in Hiroshima Prefecture on Jan. 24, 2022. The South Pacific islands nation suffered severe damage after an undersea volcanic eruption and related tsunami struck around 10 days earlier. (Kyodo) ==Kyodo

It has also caused extensive damage to infrastructure, disrupted water supplies and communication networks, with the Tonga government saying Friday that 84 percent of the population of around 107,000 has been affected by falling ash and tsunami.