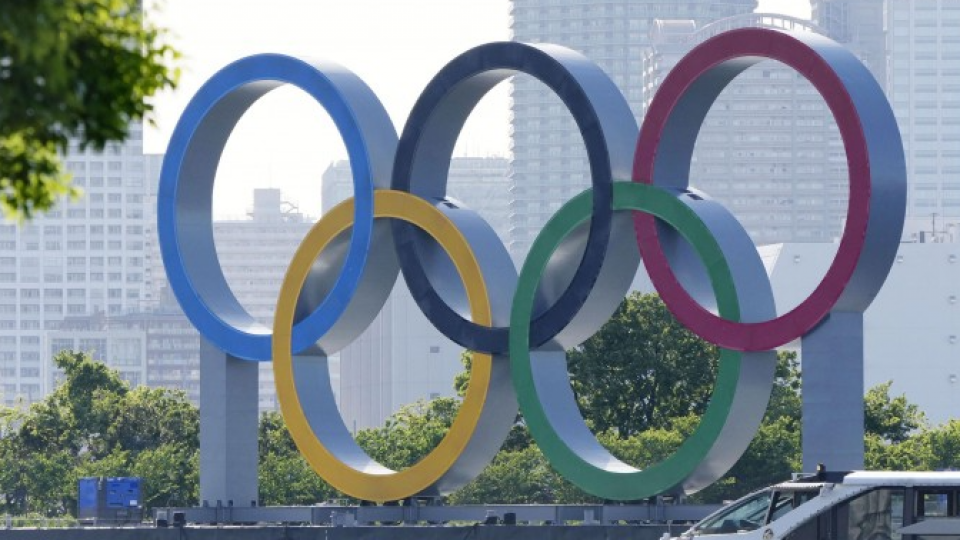 Photo shows an Olympic rings monument in Tokyo's Odaiba waterfront area on April 23, 2021. Japanese Prime Minister Yoshihide Suga declared a state of emergency the same day in Tokyo and the western Japan prefectures of Osaka, Kyoto and Hyogo due to a resurgence in coronavirus infections. (Kyodo) ==Kyodo

TOKYO - Around 86 percent of people in Japan are concerned about a rebound in COVID-19 cases if the Tokyo Olympics and Paralympics are staged this summer, a Kyodo News poll showed Sunday.

The two-day nationwide survey conducted from Saturday found that 40.3 percent believe the Summer Games should be held without spectators and 30.8 percent think they should be canceled.

TOKYO - The organizing committee of this summer's Tokyo Olympics said Sunday that participants will be allowed to bring alcoholic beverages into the athletes' village for consumption in their rooms, as part of efforts to ensure the safety of the games amid the coronavirus pandemic.

To prevent the spread of the virus, the organizing committee said it will not distribute condoms to participants during their stay in the village but on their departure, a break from recent Olympic tradition.

TOKYO - A member of the Ugandan Olympic team tested positive for the coronavirus upon arrival in Japan and was denied entry to the country, in the first known case of COVID-19 among teams traveling from overseas for the Tokyo Games, government officials said Sunday.

The team member, who tested positive after arriving at Narita airport outside Tokyo on Saturday evening, was part of a nine-member group of Ugandan athletes competing in boxing, weightlifting and swimming, and coaches. The eight other members traveled by bus to their host town of Izumisano in the western Japanese prefecture of Osaka on Sunday.

Myanmar soccer player to apply for refugee status in Japan on Tues.

OSAKA - A Myanmar national soccer goalkeeper will apply for refugee status in Japan on Tuesday after expressing fear for his life for making a three-finger salute in protest at the military coup in his country during a recent World Cup qualifier near Tokyo, according to his lawyer.

Pyae Lyan Aung, who refused to return home with him teammates last week, will file an application with the Osaka Regional Immigration Services Bureau, the lawyer said Sunday, which fell on the United Nations' World Refugee Day.

TOKYO - Washington Wizards forward Rui Hachimura is a candidate to be the Japanese Olympic team's flagbearer at the Tokyo Games, a source close to the matter said Sunday.

The Japanese Olympic Committee is in discussions with the 23-year-old basketball star, whose multicultural background is seen as exemplifying the Tokyo Games principle of "unity in diversity," the source said.

LAS VEGAS, Nevada - Japan's Naoya Inoue cruised to another defense of his IBF and WBA bantamweight world titles Saturday, knocking out Michael Dasmarinas of the Philippines in three rounds to improve to 21-0 with 18 KOs.

Inoue, nicknamed "The Monster," sent Dasmarinas to the canvas with a body shot in the second round before landing two more in the third to dispatch the IBF's first-ranked challenger.

ANAHEIM, California - Shohei Ohtani homered for the fifth time in the past five games to equal his highest single-season total of 22 homers on Saturday, helping the Los Angeles Angels beat the Detroit Tigers 8-3.

Ohtani, who homered twice in Friday's game, hit a two-run shot to left field off Wily Peralta (0-1) to extend the Angels' lead to 3-0 in the third inning at Angel Stadium, matching his total from 2018, when he won the American League Rookie of the Year Award.

TOKYO - Organizers of this summer's Tokyo Olympics and Paralympics are considering allowing a total of around 20,000 spectators into the Olympic opening ceremony late next month, sources with knowledge of the matter said Sunday.

The spectator cap for the ceremony, which will take place at the National Stadium on July 23, will comprise both ticket holders from the general public and officials related to the games, the sources said, ahead of talks among organizers Monday to decide on spectator limits.