Shohei Ohtani homered for the fifth time in the past five games to equal his highest single-season total of 22 homers on Saturday, helping the Los Angeles Angels beat the Detroit Tigers 8-3.

Ohtani, who homered twice in Friday's game, hit a two-run shot to left field off Wily Peralta (0-1) to extend the Angels' lead to 3-0 in the third inning at Angel Stadium, matching his total from 2018, when he won the American League Rookie of the Year Award. 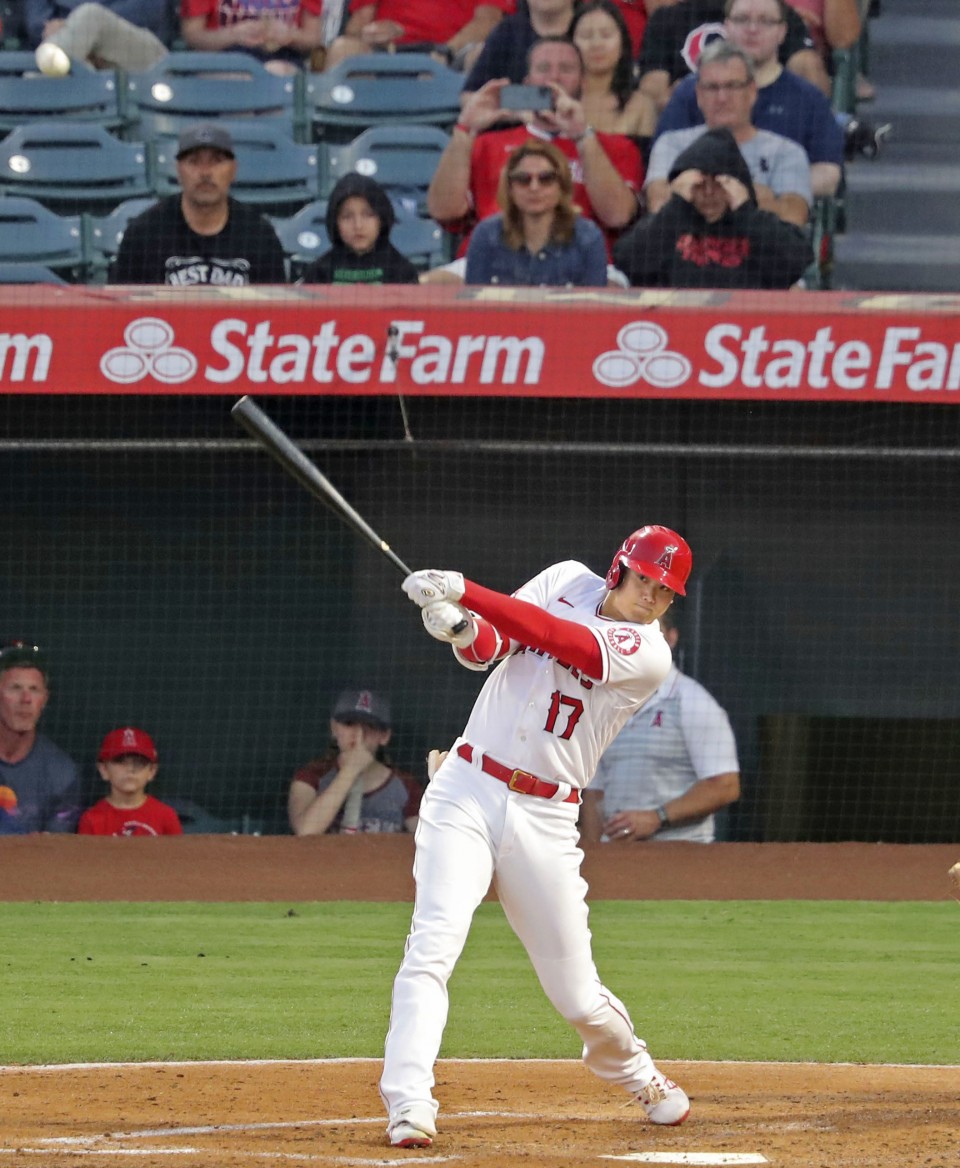 Shohei Ohtani of the Los Angeles Angels hits a two-run home run in the third inning of a game against the Detroit Tigers on June 19, 2021, at Angel Stadium in Anaheim, California, his 22nd homer of the season. (Kyodo) ==Kyodo

The 26-year-old two-way star also hit 22 homers while playing for the Nippon Ham Fighters in Japan's Pacific League in 2016, his fourth of five seasons with the Hokkaido-based team.

Ohtani is tied with Fernando Tatis Jr. of the San Diego Padres for the second-most homers in the majors, one behind Vladimir Guerrero Jr. of the Toronto Blue Jays.

While Ohtani finished the day 1-for-4 with a walk, Jared Walsh and David Fletcher each drove in two runs apiece to help the Angels win their third straight. Patrick Sandoval (2-2) pitched 5-2/3 innings for the win.

The Angels, who climbed back over .500 with the win, will go for a four-game sweep of the Tigers in Sunday's series finale.

At Kauffman Stadium in Kansas City, Hirokazu Sawamura retired the side in order in the eighth as the Boston Red Sox defeated the Kansas City Royals 7-1.

At Petco Park in San Diego, Shogo Akiyama made a pinch-hit appearance in the sixth and flied out in his only at-bat in the Cincinnati Reds' 7-5 loss to the San Diego Padres.