A Myanmar national soccer goalkeeper will apply for refugee status in Japan on Tuesday after expressing fear for his life for making a three-finger salute in protest at the military coup in his country during a recent World Cup qualifier near Tokyo, according to his lawyer.

Pyae Lyan Aung, who refused to return home with him teammates last week, will file an application with the Osaka Regional Immigration Services Bureau, the lawyer said Sunday, which fell on the United Nations' World Refugee Day. 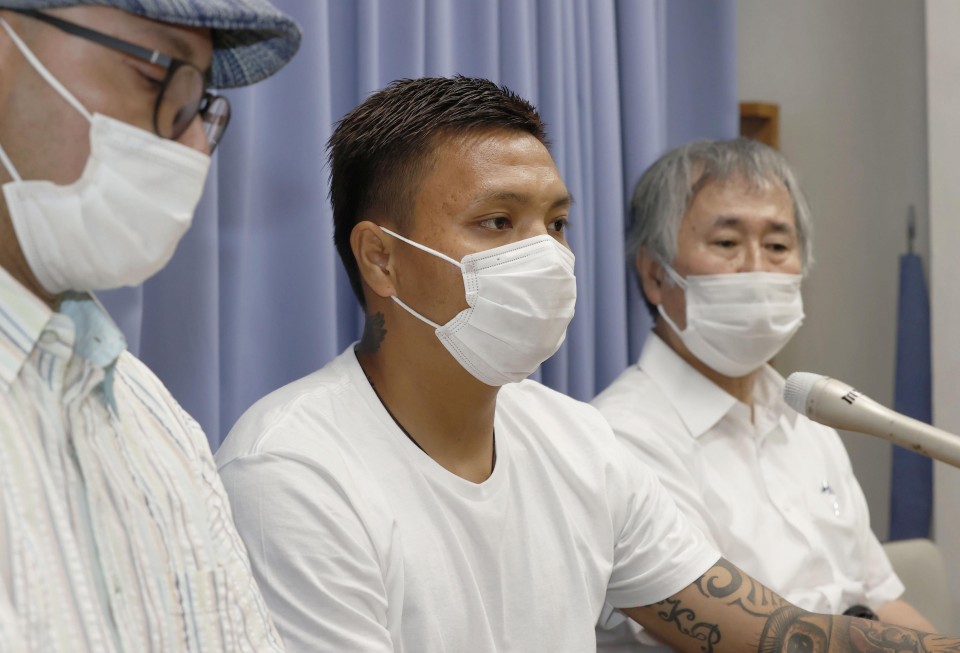 Before the plan was disclosed, the 27-year-old soccer player visited a Buddhist temple in Ikeda, Osaka Prefecture, and prayed for peace in his home country.

"I shed tears as I recalled my memories of my home country. I want to meet my family," he told reporters. "I prayed that peace will be realized as soon as possible."

"I want Japanese people to help Myanmar people trying to escape repression as much as they can," he said.

At the match between Japan and Myanmar in Chiba in late May, he raised three fingers of his right hand with "WE NEED JUSTICE" written on them in English while Myanmar's national anthem was played.

He told immigration authorities at Kansai airport in the western prefecture on Wednesday night that he wanted to remain in Japan.

Justice Minister Yoko Kamikawa said Friday that Japan will "appropriately handle Myanmar people in light of changes in the situation (in their country)," while refraining from making comments on a specific case.

The Justice Ministry has said it will allow Myanmar residents who wish to remain in Japan to extend their stays as an emergency step. The measure also covers people from Myanmar seeking refugee status in Japan.

While Japan is known for accepting a very small number of refugees compared with other developed nations, Pyae Lyan Aung's supporters have expressed confidence that Japanese authorities will grant him the status.

Since the February military coup in Myanmar that ousted the democratically elected government led by civilian leader Aung San Suu Kyi, who turned 76 on Saturday, she and other prominent politicians have been detained and hundreds of civilians have been killed by security forces.

As of Saturday, 870 people had been killed by the military junta since the coup, with around 5,000 others in detention, according to the Assistance Association for Political Prisoners, a rights group that keeps track of political prisoners in Myanmar. 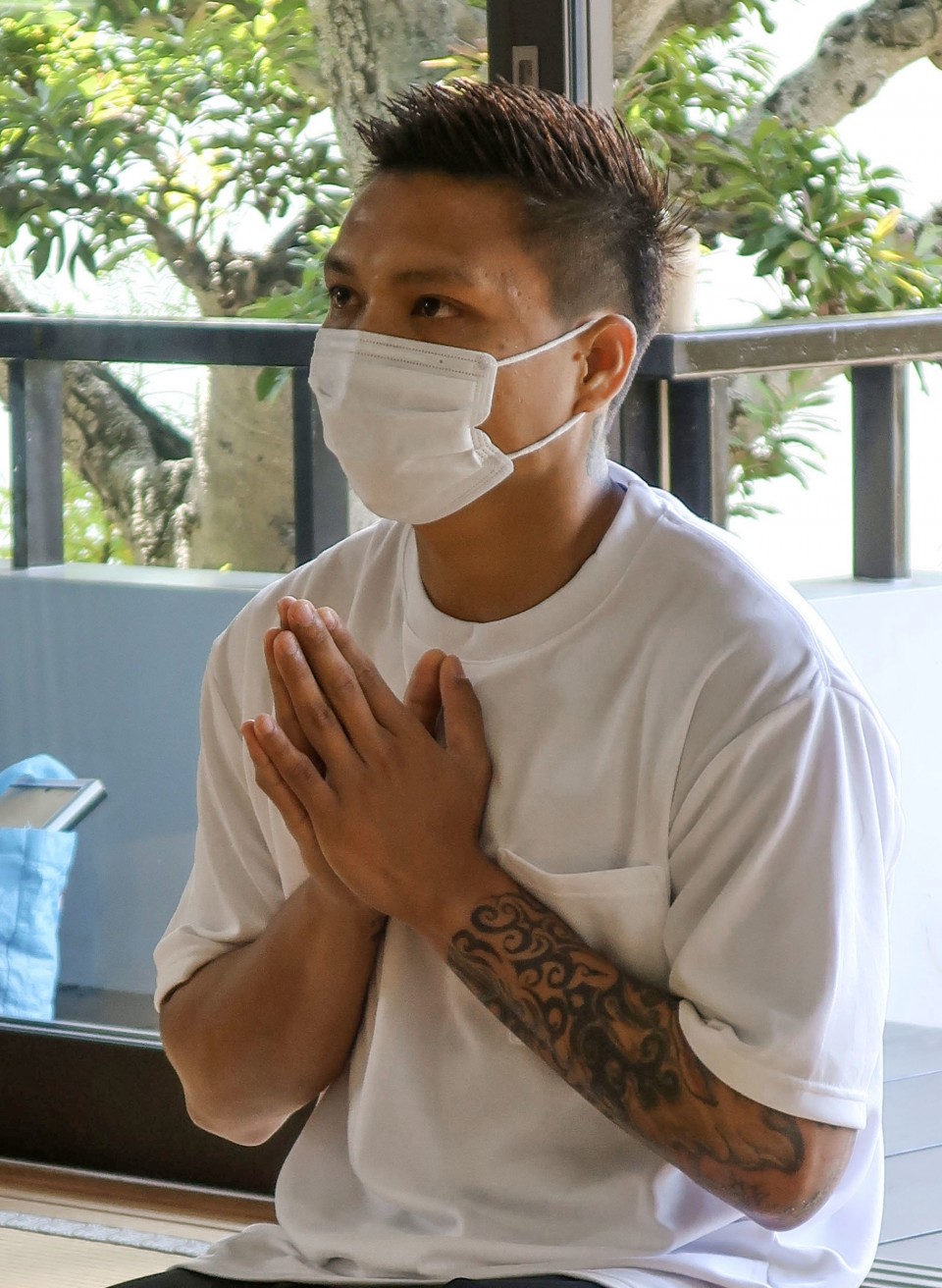 Myanmar national soccer goalkeeper Pyae Lyan Aung, who is seeking asylum in Japan, prays for peace in his home country at a Buddhist temple in Ikeda, Osaka Prefecture, on June 20, 2021. (Kyodo)