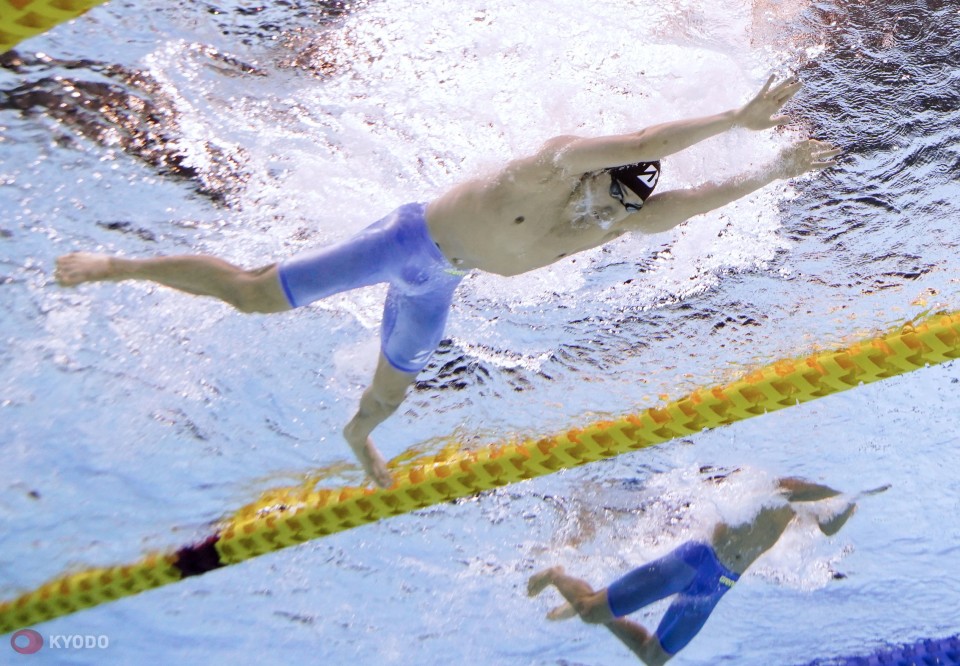 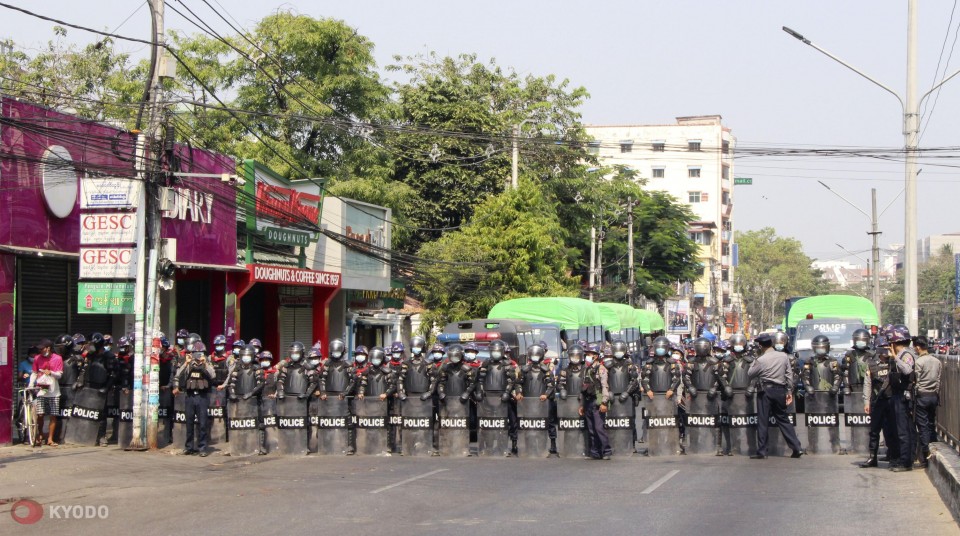 Police officers block the road to prevent protesters against the military coup from marching forward in Yangon, Myanmar, on Feb. 6, 2021. (Kyodo) ==Kyodo 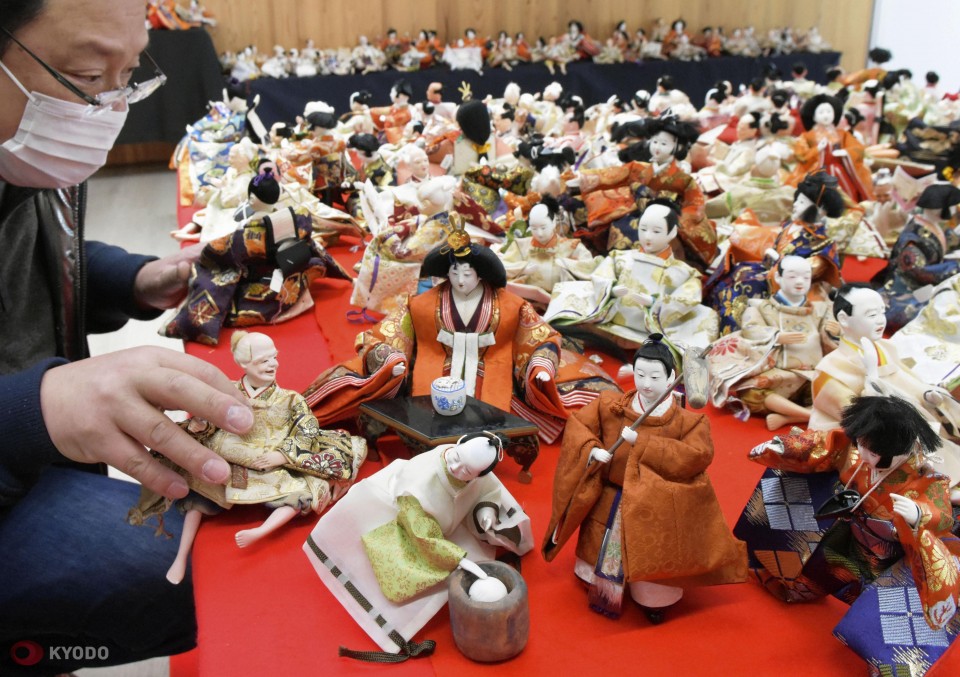 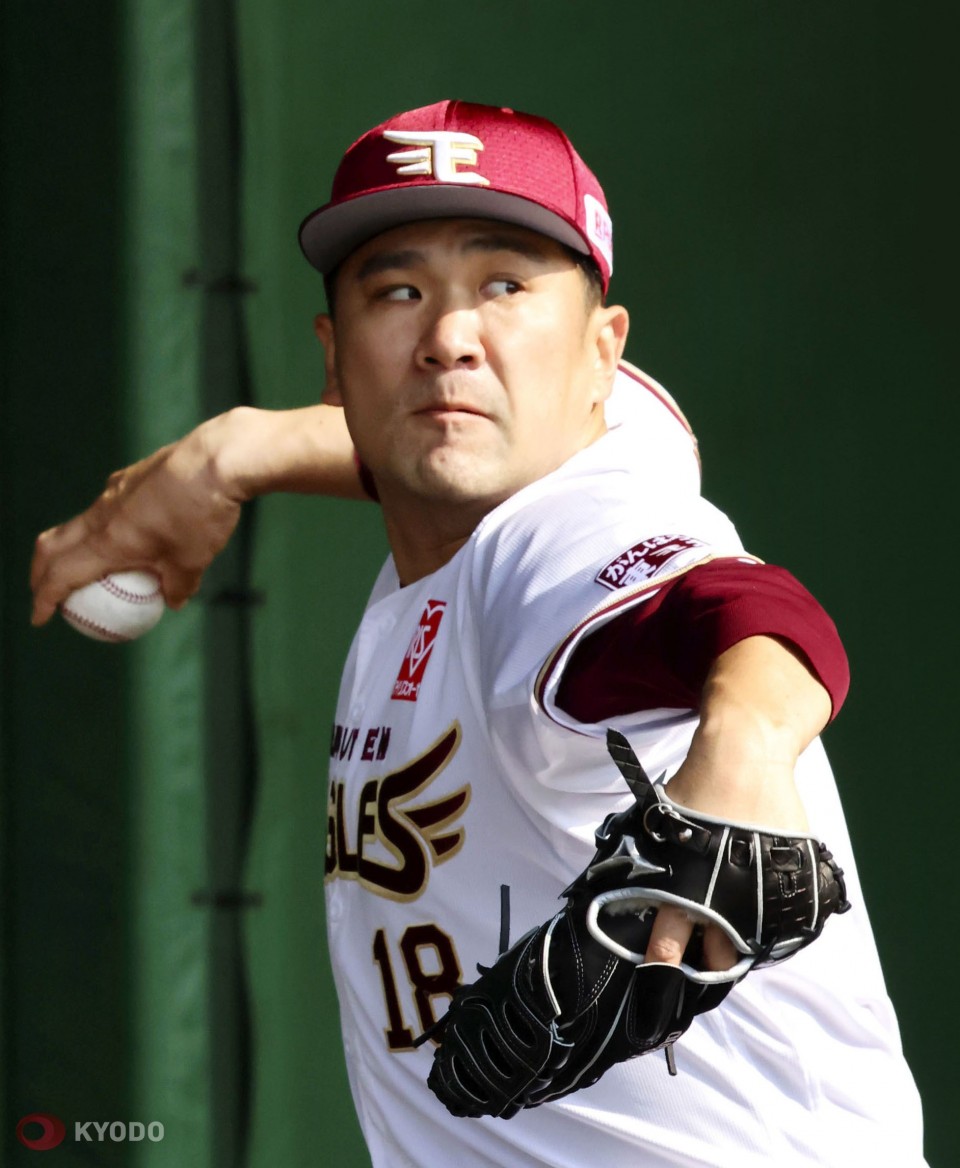 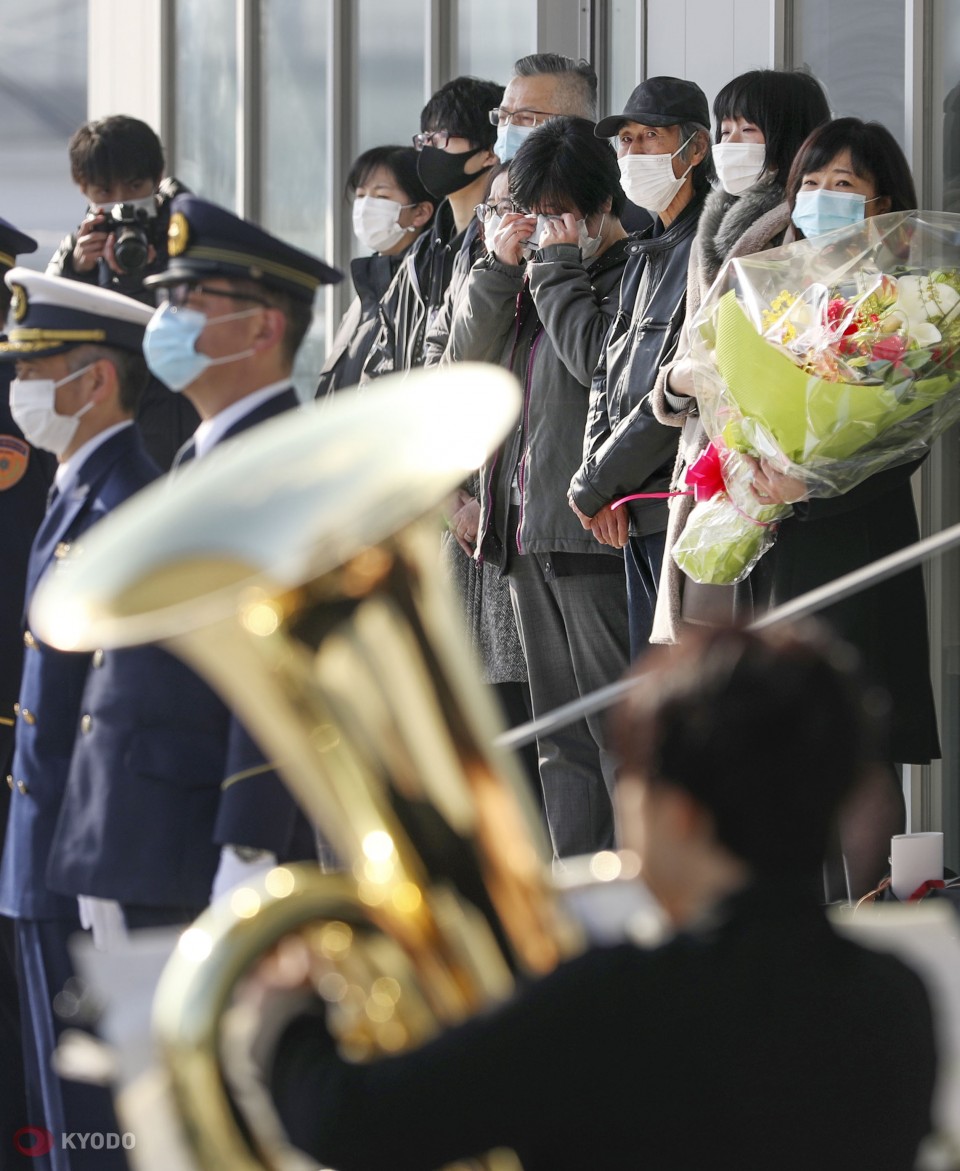 An amateur band in Kamaishi, a northeastern Japan city hit hard by the March 2011 earthquake-tsunami disaster, performs during a memorial concert facing the affected bay on Feb. 7, 2021, ahead of the 10th anniversary of the disaster. (Kyodo) ==Kyodo 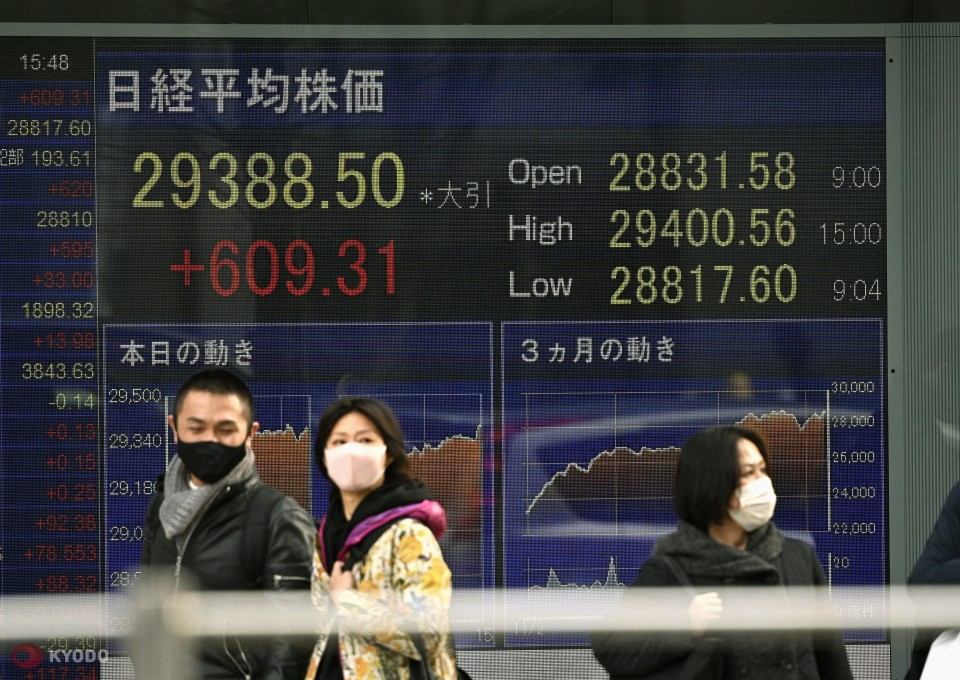 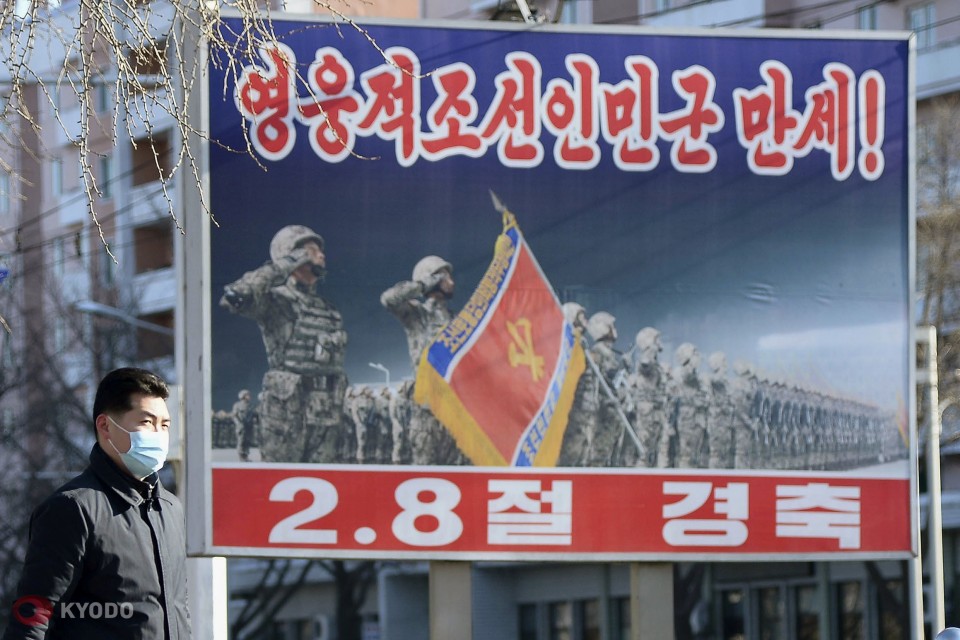 A man walks in Pyongyang on Feb. 8, 2021, with a signboard behind him celebrating the 73rd anniversary of the foundation of the Korean People's Army, the North Korean military. (Kyodo) ==Kyodo 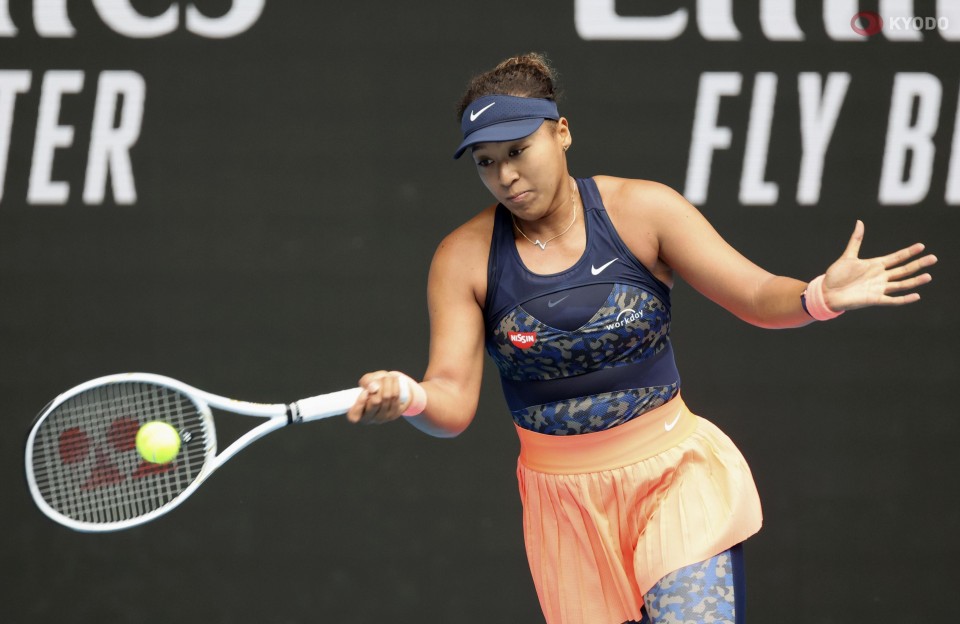 Naomi Osaka of Japan plays on her way to a 6-1, 6-2 victory over Anastasia Pavlyuchenkova of Russia in the first round of the Australian Open in Melbourne on Feb. 8, 2021. (Kyodo) ==Kyodo 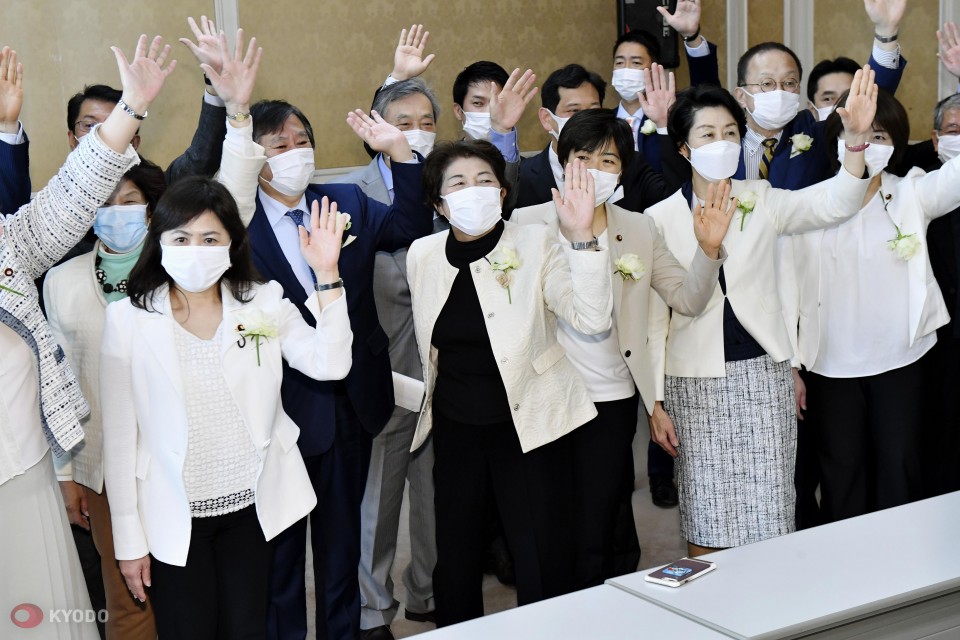 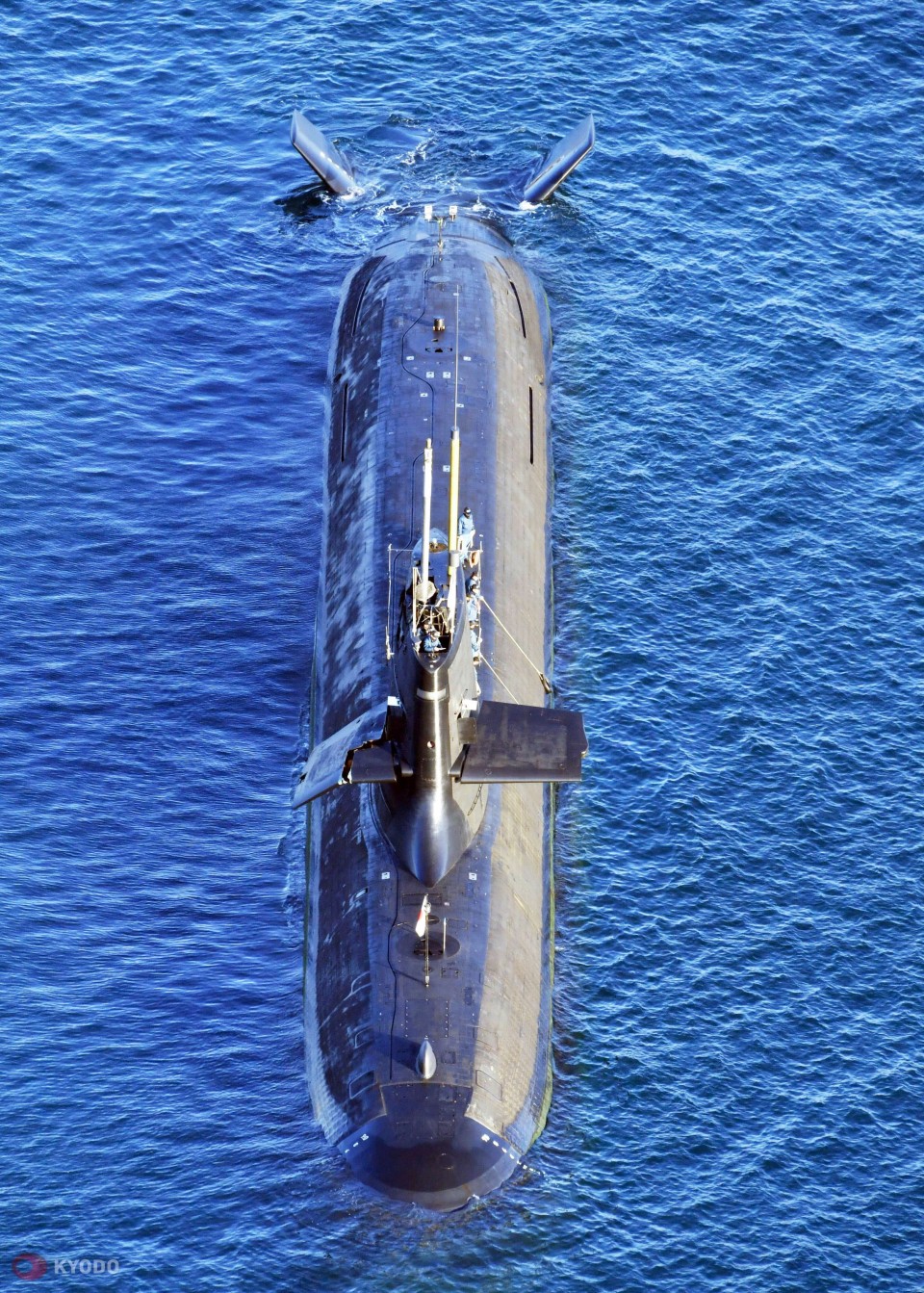 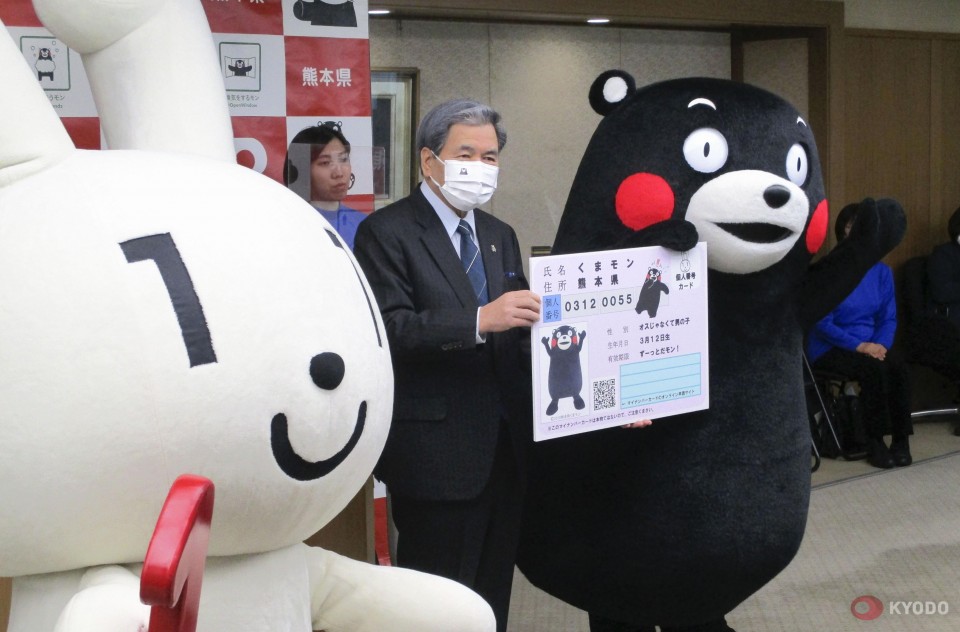 Kumamon (R), official mascot of the southwestern Japan prefecture of Kumamoto, is pictured during a press conference at the prefectural government headquarters in Kumamoto on Feb. 9, 2021. The prefecture announced the same day that sales of products using the image of Kumamon reached 169.8 billion yen ($1.6 billion) in 2020, a record high for the ninth year in a row. (Kyodo) ==Kyodo 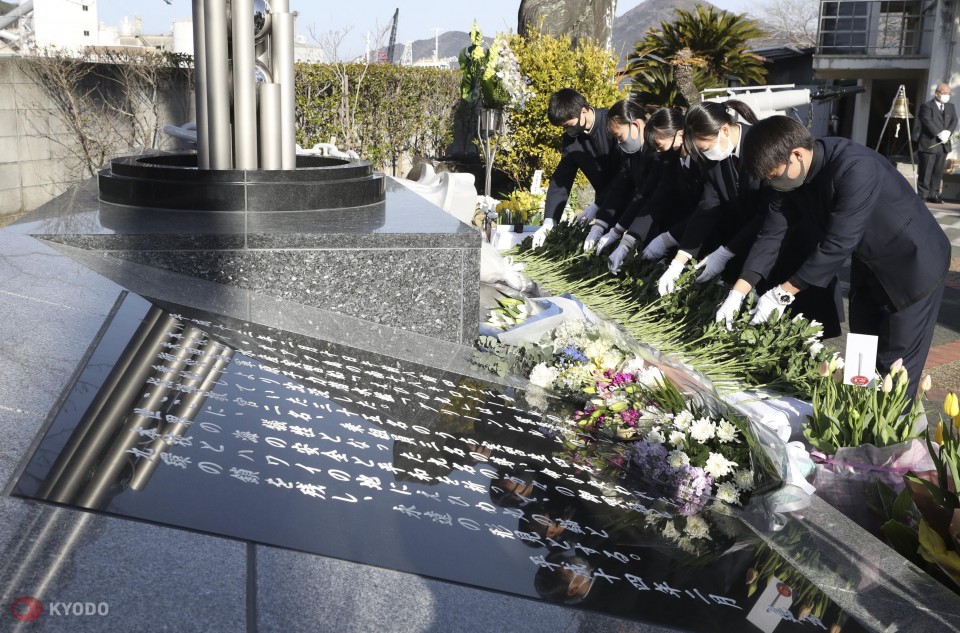 Students of Uwajima Fisheries High School in Ehime Prefecture, western Japan, offer flowers on Feb. 10, 2021, at a monument to victims of a fatal collision between the school's training boat Ehime Maru and a U.S. nuclear submarine off Hawaii in 2001. The school held a memorial ceremony to mark the 20th anniversary of the collision, which claimed the lives of four students, two teachers and three crew members. (Kyodo) ==Kyodo 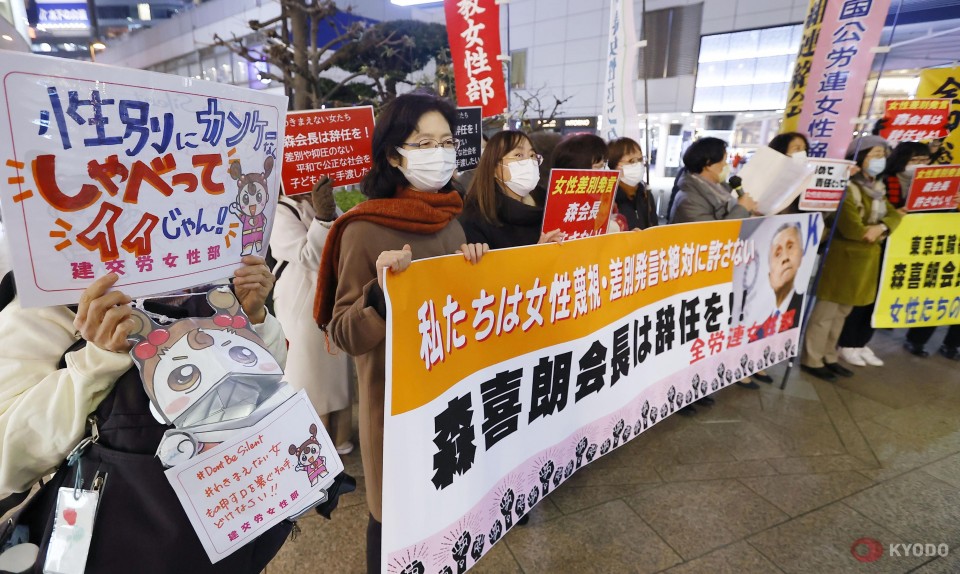 Female members of the National Confederation of Trade Unions, known as Zenroren, hold a banner calling for the resignation of Yoshiro Mori, head of the Tokyo Olympic organizing committee whose sexist remarks sparked outrage in Japan and abroad, in Tokyo on Feb. 10, 2021. (Kyodo) ==Kyodo 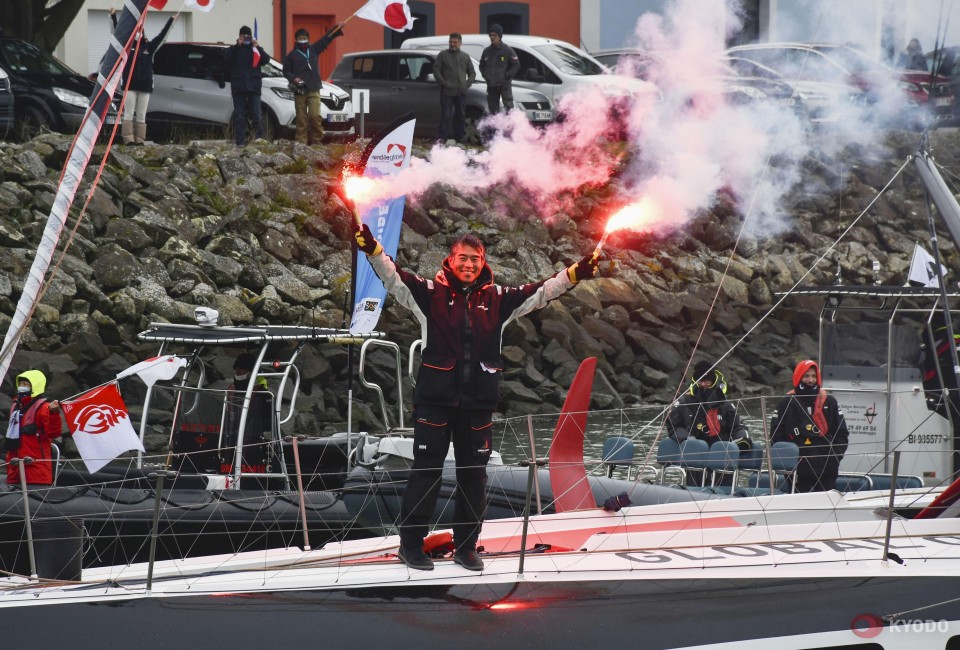 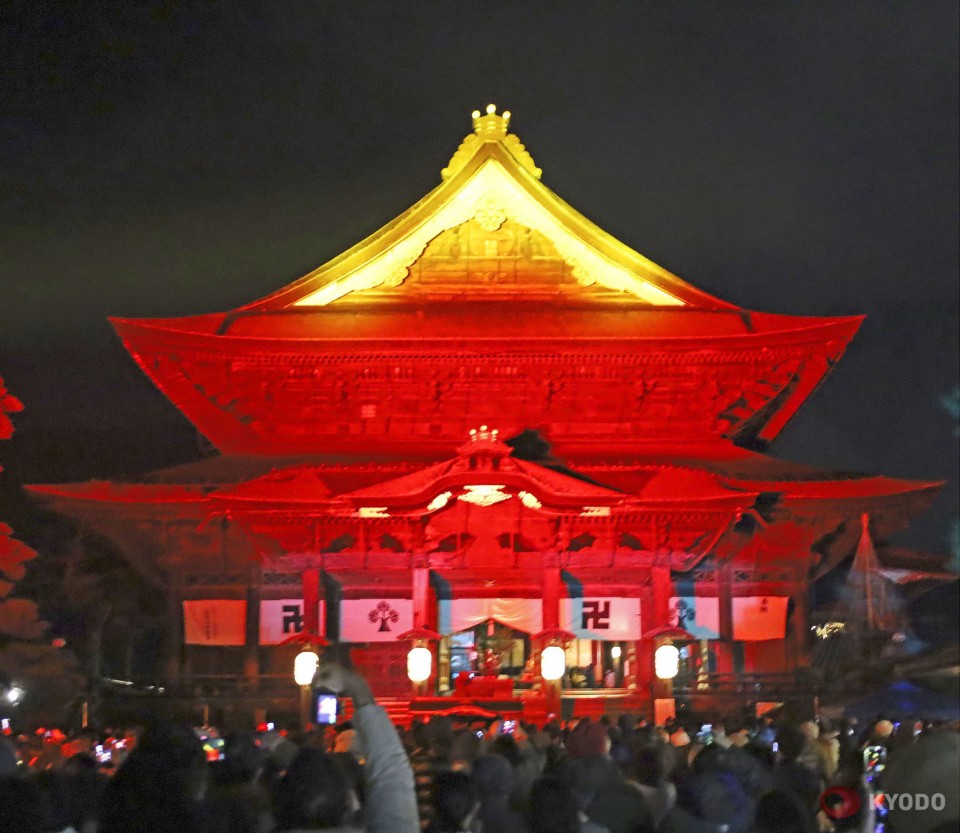 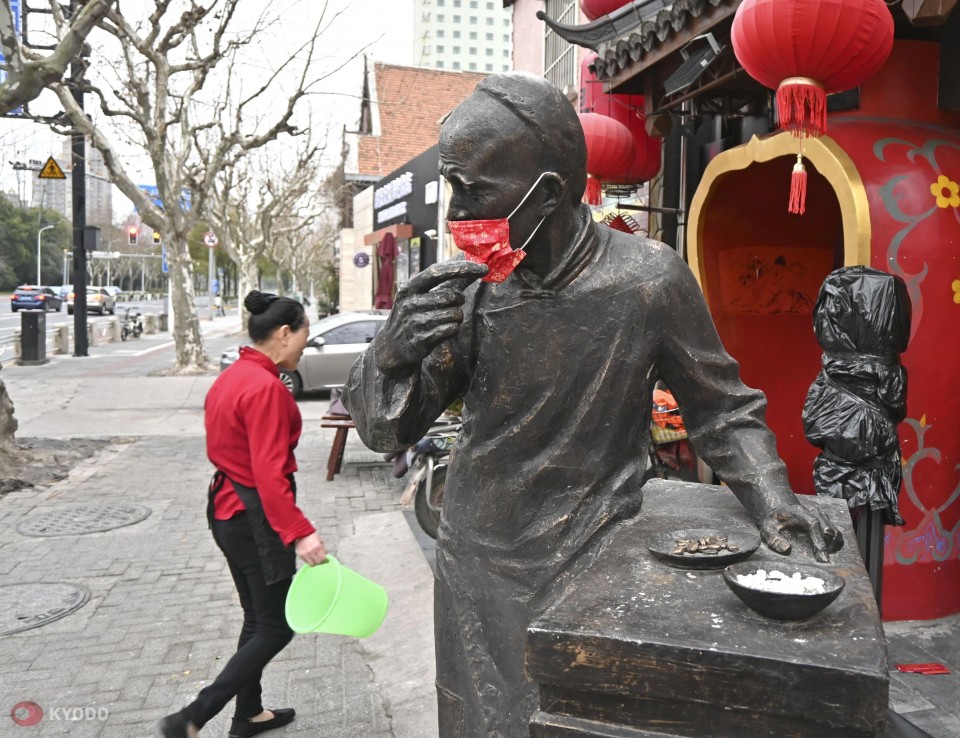 A masked statue is pictured in Shanghai on Feb. 11, 2021, as the weeklong Lunar New Year holidays begin in China amid concern over novel coronavirus infections. (Kyodo) ==Kyodo 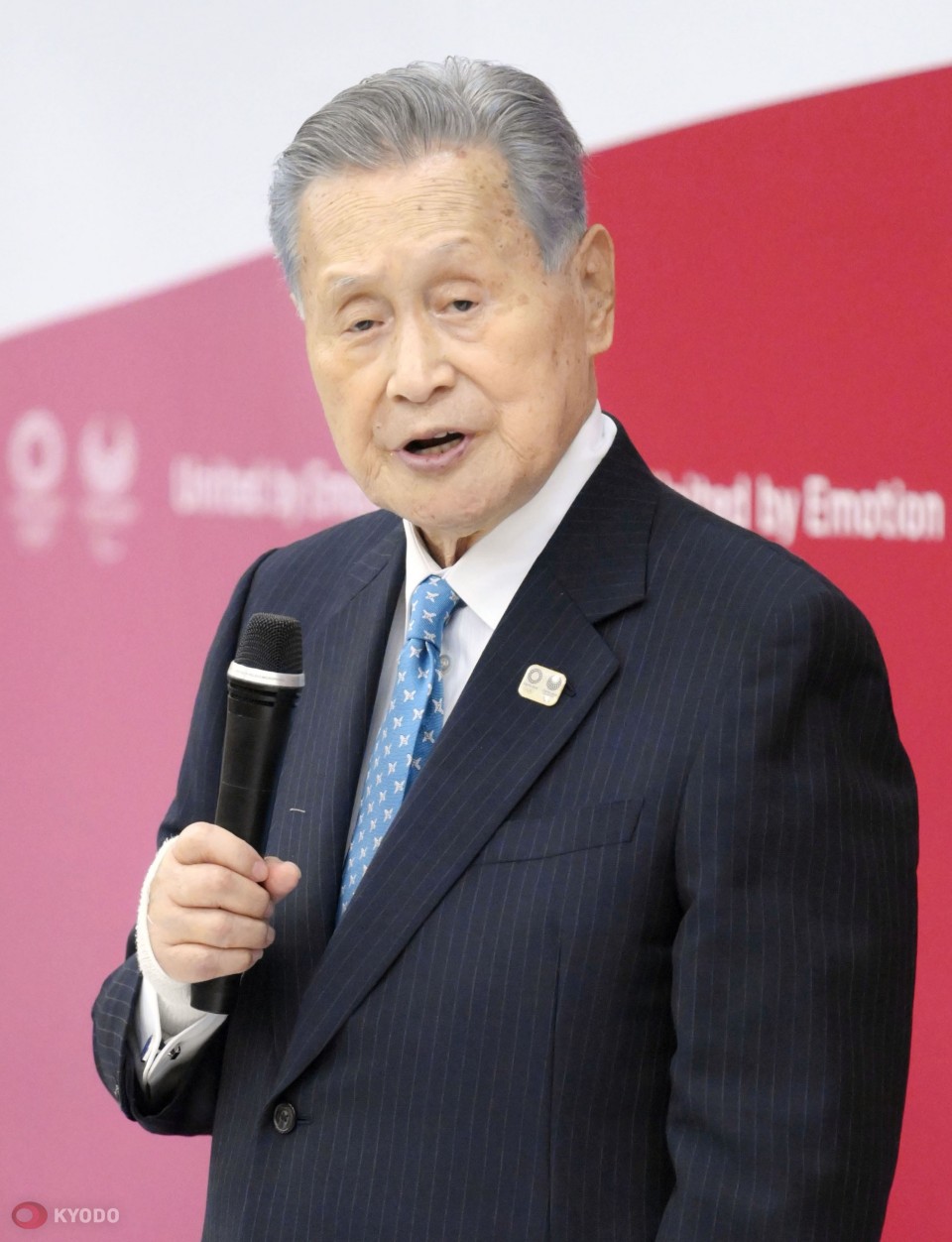