Three-time Grand Slam champion Naomi Osaka started her 2021 Australian Open campaign with an easy win Monday, but Japan's biggest hope in the men's draw, former world No. 4 Kei Nishikori, was unable to make it beyond the first day in Melbourne. 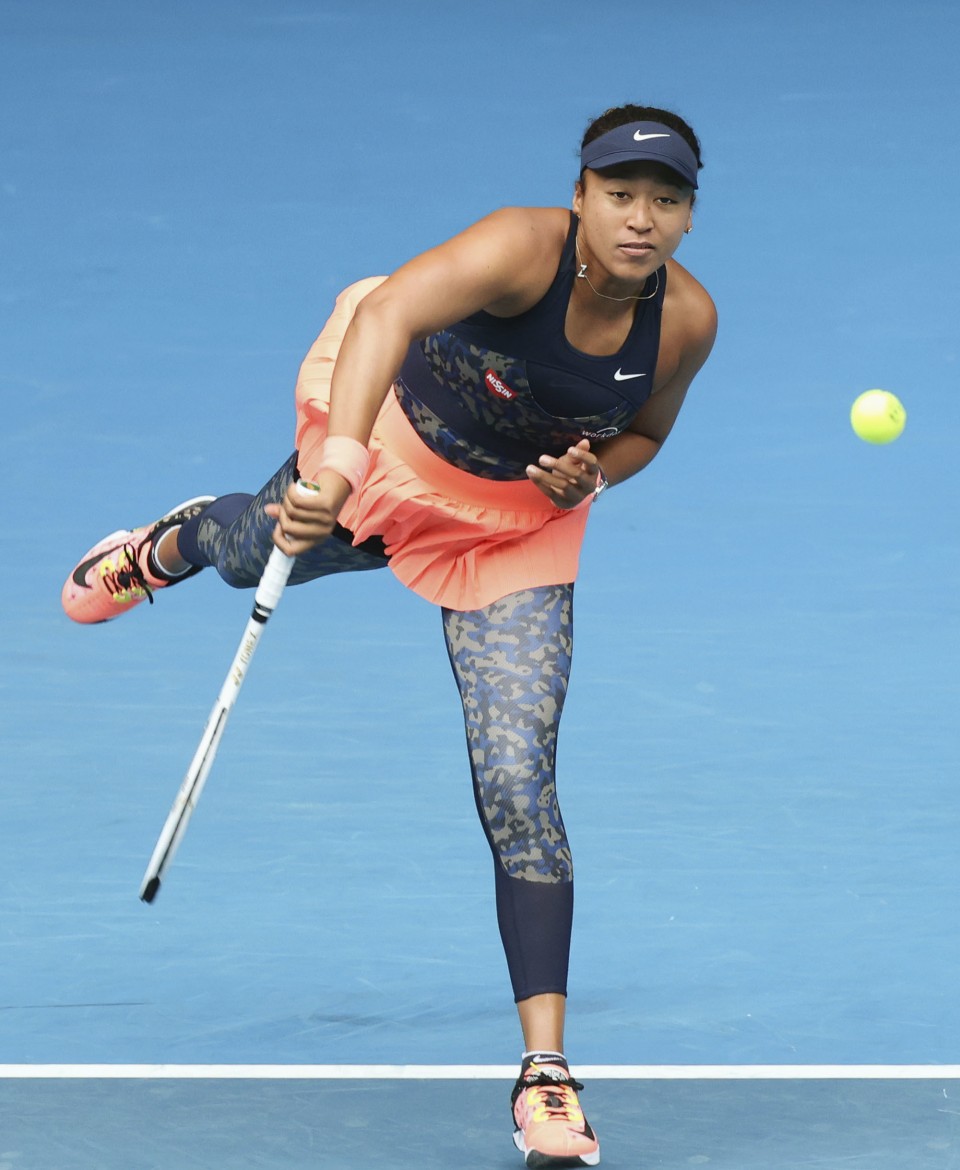 Naomi Osaka of Japan plays on her way to a 6-1, 6-2 victory over Anastasia Pavlyuchenkova of Russia in the first round of the Australian Open in Melbourne on Feb. 8, 2021. (Kyodo)

Despite being drawn against a tricky first-round opponent, Osaka, who won the Grand Slam in Melbourne in 2019, raced through the opening set in 33 minutes and finished with 18 winners to 11 unforced errors while winning 81 percent of her first-serve points.

The Japanese third seed entered the Australian Open with a shoulder injury concern that forced her out of the semifinals of last week's Gippsland Trophy at Melbourne Park, but she showed no signs of discomfort on Monday.

"I was really nervous coming into this match. I played her before, and it was really tough, so I just wanted to play well," Osaka said of the three-time Australian Open quarterfinalist and world No. 39 in her on-court interview.

"Physically, I think everyone feels like their body is shocked, coming in and playing matches so suddenly after such a long break. But I think we're all getting used to it, and all in all, everyone is just really happy to be here."

In his second career meeting with 2020 U.S. Open finalist Carreno Busta, current No. 42 Nishikori still looked some way from reclaiming the form that made him a perennial top-10 player before the major surgery on his elbow in October 2019.

Both men struggled to hold serve in the opening set, which Carreno Busta claimed after winning three break points to Nishikori's two. Trailing 3-1 in the second, Nishikori showed determination to move ahead 6-5 before eventually succumbing to a tiebreaker.

The 31-year-old finished the match with three aces against 12 for Carreno Busta while committing 42 unforced errors to the Spaniard's 39.

Nevertheless, Nishikori said he felt positive about the performance and his overall progress on the comeback trail.

"It was the best I've been able to play since returning (following surgery). I'm not disappointed," he said. "I need to cut down the mistakes on important points (but) I'm moving in the right direction."

The first Grand Slam of the tennis calendar began after a three-week delay because of the coronavirus pandemic. Between 25,000 to 30,000 spectators will be able to attend each day, around half of the venue's usual capacity.