The global uproar over Tokyo Olympics chief Yoshiro Mori's remarks accusing women of talking too much proved too big in the end to be defused with an apology.

Mori, 83, tried to draw a line in the sand last week by retracting what he called his "inappropriate remarks," but critics were not impressed and neither were Olympic sponsors, who expressed growing concern. 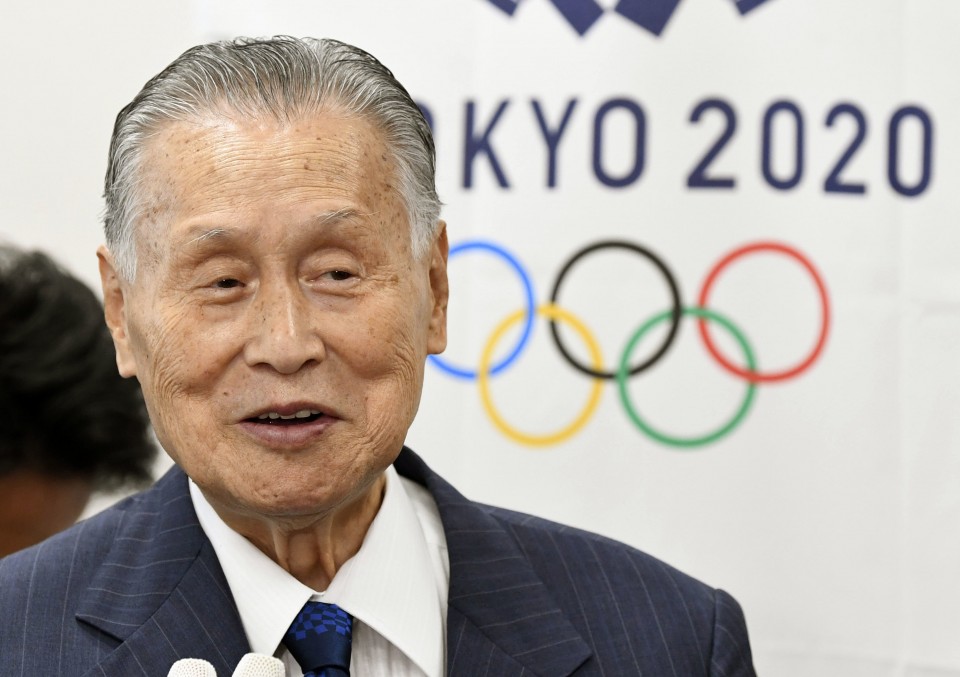 His departure, announced Friday, comes less than six months before the start of the Tokyo Olympics, potentially impacting preparations.

The Tokyo Olympic organizing committee did not initially expect the former Japanese prime minister's comments to create such a reaction at home and abroad and hoped he would continue as president, according to officials. One senior member had initially thought public opinion would "settle down at some stage."

In order to quickly respond to increasing public anger, Mori held a press conference on Feb. 4 to apologize for the comments he made a day before.

But his remarks to reporters, in which Mori said he had "no intention of stepping down," were widely censured for being insincere and sparked further debate over whether he was qualified to head the biggest event on the sporting calendar.

The International Olympic Committee at first said the controversy was closed after Mori apologized for the remarks.

It released another statement Tuesday calling his comments "absolutely inappropriate," amid continued criticism by the public and athletes.

Yuji Nakamura, a professor of sports administration at Utsunomiya University, said, "The comments degrading women by President Mori were very problematic, and from the remarks he made at the press conference, it was very clear that he had no remorse."

Corporate sponsors, which have been coping with the added cost of the one-year postponement of the Olympics and Paralympics, also began to turn their backs on Mori who has headed the organizing committee since its launch in 2014.

During an online session between the organizers and the sponsors on Monday, instead of considering Mori's apology enough to end discussions about the controversy many companies urged the committee to take further steps to address the issue of gender equality, according to people familiar with the matter.

One manufacturer told the session it had received a message from a customer threatening to boycott its products, while several other companies said they had received complaints from the public about their response to Mori's remarks.

"We haven't been able to advertise by making full use of our sponsorship deals because it remains unclear whether the games can be held. So the comments were very unpleasant," one official of a sponsor said.

Mori's comments were made in reference to the Japanese Olympic Committee's plan to increase the number of women on its board. He said that women tend to talk too much in meetings and suggested that their speaking time should be limited to prevent sessions from dragging on.

"I assume Mr. Mori decided to resign because he had no other choice due to mounting criticism in Japan and abroad," said Nakamura of Utsunomiya University.

Despite the growing criticism over the remarks, Prime Minister Yoshihide Suga and his Liberal Democratic Party kept a distance from the sexism row.

Suga told a parliamentary session on Monday that the remarks were "undesirable in terms of national interest," but he stopped short of directly addressing calls for Mori's resignation.

Mori, who also led the ruling party when he was prime minister between 2000 and 2001, held a meeting Thursday with Saburo Kawabuchi, an 84-year-old former president of the Japan Football Association, asking him to take the helm of the organizing committee.

But senior LDP lawmakers close to Suga started expressing concern about the selection process taking place behind closed doors, in contrast with their perceived defense of Mori earlier.

While Kawabuchi said Thursday he would fill in for Mori, he quickly backtracked the following day amid calls for greater transparency in the process.

"The prime minister had no choice but to step in himself to demonstrate" his influence, a senior government official said.

Mori announced his resignation at an ad hoc meeting of executives of the organizing committee held Friday in response to his Feb. 3 comments about women.

A selection panel will be set up by the organization to decide a new president "as soon as possible," its CEO Toshiro Muto said in a press conference.

It remains unclear how much impact Mori's resignation will have as the games' organizers near the final stages of preparations.

While one government official said that "the impact on the Olympics will be limited because most of the preparations are finished," the committee had hoped Mori would continue because he can hold equal discussions with the IOC, and the central and Tokyo governments, according to a person familiar with the games.

The nationwide torch relay is scheduled to begin next month. The Olympic flame, which was delivered from Greece last year, will travel to all 47 prefectures of the country before the opening ceremony on July 23.

A series of test events, which are held to allow the organizers to review their operations, are scheduled to take place in the springtime. Japan will also decide whether to allow spectators from overseas and the number of spectators allowed at each venue.

"I think the organizing committee came together because of (the leadership) of Mr. Mori," said a Tokyo metropolitan government official in charge of the games' preparations. "But at this stage, a resignation was unavoidable."