Japan's Cabinet approved a 21.84 trillion yen ($210 billion) extra budget on Tuesday, bringing its total spending for fiscal 2020 to a record high of 175.69 trillion yen, as it grapples to ensure the coronavirus-stricken economy stays on a recovery track. 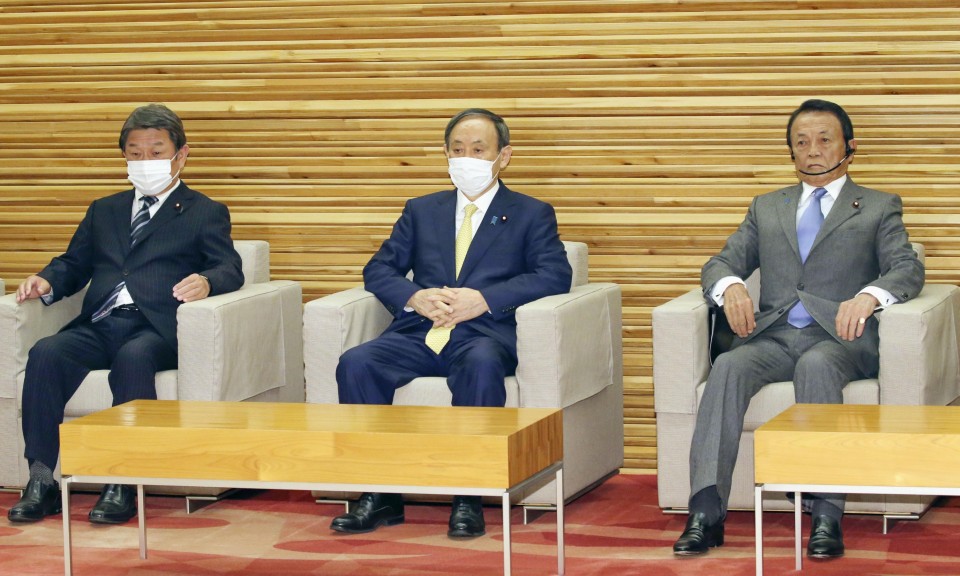 As a result, Japan's total new debt issuance for the year is set to also hit an all-time high of over 112.55 trillion yen, more than double the previous record of 51.95 trillion yen marked in fiscal 2009 following the global financial crisis.

Together with the two extra budgets, the formulation of the third supplementary budget will increase Japan's total annual spending by more than 70 percent from the initial budget of 102.66 trillion yen, fueling concern over a further deterioration in its fiscal health, the worst among major developed nations.

"It's true that the third extra budget will worsen financial conditions in the short run," Finance Minister Taro Aso told a press conference. "So we need to thoroughly promote both economic revitalization and fiscal consolidation."

The additional bonds will also be issued to make up for an expected tax revenue shortfall for the current fiscal year. The government has revised down its revenue estimate to 55.13 trillion yen from 63.51 trillion yen given the novel coronavirus' impact on corporate earnings.

The Cabinet approval came as the country has seen record numbers of new cases of the virus, seriously ill patients and daily COVID-19 deaths since mid-November, even as there were signs that the country was gradually emerging from the initial fallout from the pandemic.

Among the economic measures is a five-month extension of the government's controversial "Go To Travel" subsidy program through late June to support the virus-hit tourism industry.

Although Suga said Monday that the campaign for promoting domestic tourism will be suspended during the New Year holidays due to the recent spike in infections across Japan, 1.03 trillion yen was earmarked for the program.

For two months more to financially aid companies that have been forced to furlough employees due to worsening business conditions, 543.0 billion yen was allocated. The measure was due to expire at the year-end.

The government will also increase subsidies to help local governments cover losses suffered by restaurants and bars that comply with requests to cut their operating hours. Financial support for medical institutions will also be raised to secure more beds for COVID-19 patients and prepare for administering vaccinations.

Approved by the Cabinet a week ago, the new economic package is worth about 73.6 trillion yen, including private funds. The figure includes 30.6 trillion yen in fiscal spending which will be funded by the third extra budget as well as the initial budget for fiscal 2021.

For the new supplementary budget, the government decided to use part of its reserve funds, which it had set aside to spend in response to the pandemic. Its actual fiscal expenditure for the budget will amount to 15.43 trillion yen.

Prime Minister Yoshihide Suga's administration aims to submit the budget to an ordinary parliamentary session to convene in January, during which an initial budget for fiscal 2021 will also be deliberated.

In fiscal 2020, Japan's parliament has already passed two extra budgets totaling 57.60 trillion yen to finance economic stimulus steps in the fight against the pandemic. Among the past measures were 100,000 yen cash handouts to all of Japan's 126 million residents.