Japan's tourism ministry said Tuesday it will expand compensation for travel businesses to further help them weather the fallout of the coronavirus pandemic, following the government's abrupt decision to suspend a domestic travel subsidy program nationwide amid a surge in coronavirus cases.

The move reflects the travel industry's concerns that the measure to halt the "Go To Travel" campaign for promoting domestic tourism from Dec. 28 to Jan. 11 will impact businesses, already reeling from the pandemic and hoping to use this time of the year to recover sales. 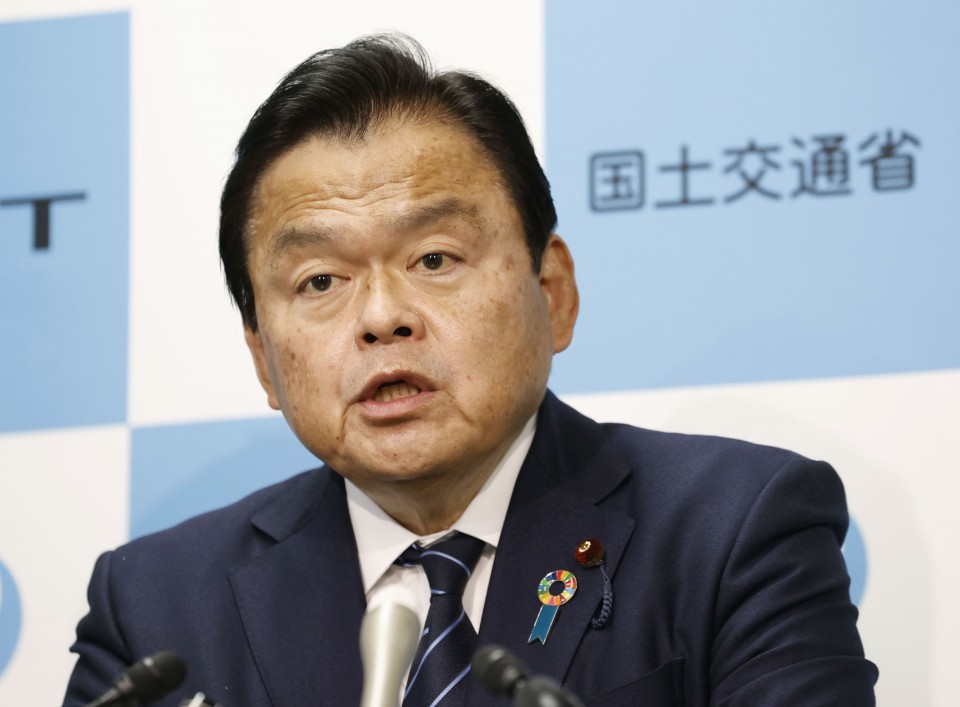 Tourist minister Kazuyoshi Akaba attends a press conference in Tokyo on Dec. 15, 2020, to explain the government's decision the previous day to suspend its travel subsidy program nationwide during the New Year holidays amid a surge in coronavirus cases. (Kyodo) ==Kyodo

Customers who have already made bookings for rooms and travel packages during the subjected period can call them off for free before Dec. 24, the ministry said.

The government will now pay 50 percent of canceled travel charges of up to 20,000 yen ($190) per person per night, up from 35 percent, taking into account how some businesses have already increased the number of staff to deal with the anticipated numbers during the holiday season.

Travel operators and hotels and other accommodations have been compensated by the government for 35 percent of travel expenses when customers cancel their bookings in compliance with the government's previous halts in areas with a high number of infections.

"I will make every effort to curb further infections over the year-end and New Year holiday," Prime Minister Yoshihide Suga was quoted as saying at a meeting of his ruling Liberal Democratic Party on Tuesday.

The period is usually one of Japan's busiest times, with tourist spots frequented by holidaymakers and many people returning home.

Opposition parties were quick to criticize the government's move.

Yukio Edano, head of the main opposition Constitutional Democratic Party of Japan, attributed the latest flip-flop to the government's inability to take adequate measures to prevent the virus spread during the three weeks from Nov. 25, a crucial period in its fight against the pandemic.

On Monday, Tokyo and Nagoya joined Sapporo in Hokkaido and the city of Osaka in western Japan in being excluded from the travel promotion initiative. The suspension began Monday for Nagoya, and will begin Friday for Tokyo.

The development came after the government's subcommittee on virus responses called Friday for the suspension of the travel promotion in areas with rising cases, to which Suga had initially resisted because he was insisting on balancing efforts to curb the virus spread and reviving the battered economy.

On Saturday, the daily count of new novel virus infection cases in Japan surpassed 3,000 for the first time, finishing the day at 3,041.