Defense Minister Taro Kono said Friday he has requested that the U.S. military conduct coronavirus testing on all personnel coming to Japan, after an outbreak of cases at U.S. bases in the southern island prefecture of Okinawa.

The U.S. forces responded that they are considering carrying out the tests, Kono said. Currently, polymerase chain reaction tests are only being conducted on those who exhibit symptoms. 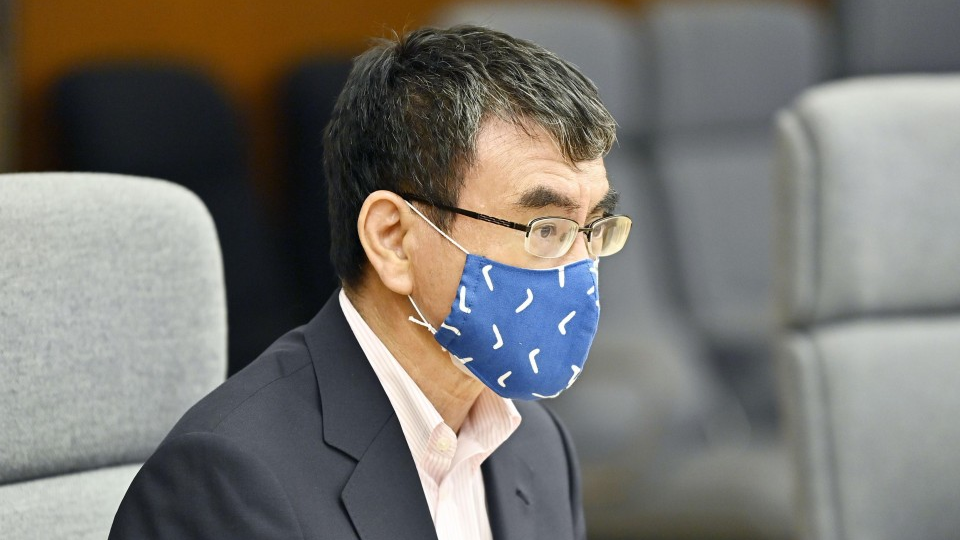 Japanese Defense Minister Taro Kono speaks during his meeting with Okinawa Gov. Denny Tamaki in Tokyo on July 15, 2020. The governor relayed local concerns over the spread of the novel coronavirus at U.S. military bases in the southern island prefecture. (Kyodo)

"With so many asymptomatic people, PCR testing is a must," Kono said in a press conference, adding he had also called for tests to be carried out, without exception, on personnel before they leave the United States for Japan.

As of Thursday, 138 military personnel had tested positive at several U.S. bases in Okinawa, with 73 from Marine Corps Air Station Futenma and 58 from Camp Hansen, according to the prefectural government.

In a letter to Kono and Foreign Minister Toshimitsu Motegi, Tamaki called for the U.S. military to suspend transfers to Okinawa as soon as possible and, in the meantime, conduct PCR tests on all incoming personnel.

Okinawa hosts the bulk of U.S. military facilities in Japan.