Japan has urged the United States to take steps to prevent the spread of the novel coronavirus following outbreaks on U.S. military bases in Okinawa Prefecture, government officials said Tuesday.

At least 100 infections have been reported on bases in the Okinawa, the prefectural government said, with the majority linked to Marine Corps Air Station Futenma. The latest figure follows reports of troops taking part in parties in downtown areas and beaches around July 4 to celebrate Independence Day. 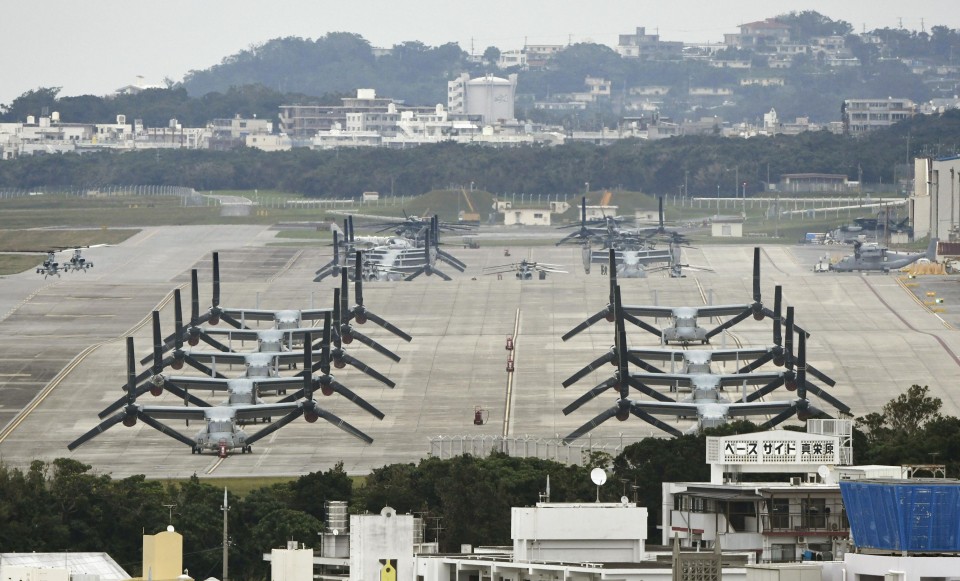 The spike in infections has sparked worries the coronavirus could quickly spread in the southern island prefecture, which has seen relatively few infections but whose economy has been battered by a plunge in tourism.

Japan's concerns were amplified after it was discovered that three U.S. personnel who tested positive for COVID-19 after arriving at Haneda airport in Tokyo on the weekend took a commercial flight en route to Marine Corps Air Station Iwakuni in Yamaguchi Prefecture, despite guidelines prohibiting them from using public transportation.

Defense Minister Taro Kono said Tuesday night that the three had told Japanese authorities they planned to rent a car, and termed it an "extremely serious situation" that called for strict disciplinary measures.

Kono also said they took the flight before results of the polymerase chain reaction tests came out.

According to one of the officials, who spoke on condition of anonymity, Kazuhiro Suzuki, head of the Foreign Ministry's North American Affairs Bureau, told Lt. Gen. Kevin Schneider, commander of U.S. forces stationed in Japan, in a phone call that the incident was "regrettable."

The U.S. military's use of a hotel in the Okinawa town of Chatan to quarantine Marines and family members who just arrived from overseas has also been under scrutiny.

Japan currently has an entry ban in place for 129 countries and regions including the United States, with foreign travelers who have been to any of those areas within 14 days of their arrival being turned away.

But U.S. military personnel are exempt from such travel restrictions under a status of forces agreement that puts them outside of Japan's jurisdiction.

Kono said at a press conference Tuesday that "several problems" had been discovered with the U.S. military's handling of the coronavirus, without going into details.

Officials of the Foreign Ministry, the Defense Ministry and the Okinawa prefectural government on Tuesday conducted a survey of the hotel to ensure that proper steps had been taken to prevent the coronavirus from spreading among the guests and staff.

Okinawa Gov. Denny Tamaki is slated to travel to Tokyo to meet with Kono on Wednesday to exchange views on the spike in infections on U.S. bases, according to government sources. The prefecture hosts the bulk of U.S. military facilities in Japan and many of the 55,000 troops that use them.

As of Tuesday evening, 71 infections were linked to Futenma, 22 to Camp Hansen, while another five had been reported from Kadena Air Base, and one each from Camp McTureous and Camp Kinser.

The Kadena base, which reported one new case on Tuesday, said in a Facebook post that its "number one priority is protecting all members of Team Kadena and the local community."

"We are taking prudent measures to prevent further spread of COVID-19," it said.

Outside of Okinawa, infections have been found at Marine Corps Air Station Iwakuni in Yamaguchi Prefecture, Misawa Air Base in Aomori Prefecture and elsewhere.