Abe hoping to use all of 270 bil. yen fund on new coronavirus package

The government plans to craft the package by March 10 to help cushion the impact on parents following Abe's decision last week to close all schools in the country, enhance medical services and assist struggling small and medium-sized companies, but the exact amount is not yet known.

"We will decide whether to use all of the fund when we finalize the details of the package on March 10. We'd like to make full use of it," Abe told a parliamentary session.

In Japan, 19 more infections were confirmed, bringing the total to 999, with more than 700 of them linked to the Diamond Princess, a cruise ship that was quarantined near Tokyo. The domestic death toll stands at 12, including six linked to the vessel.

Facing criticism for his government's slow response to the outbreak, Abe made a surprise request on Thursday for all schools in Japan to close from this week through a spring break that typically ends in early April.

Abe explained the closure as necessary to prevent group transmissions, though many parents, students, teachers and local government officials were caught off guard. 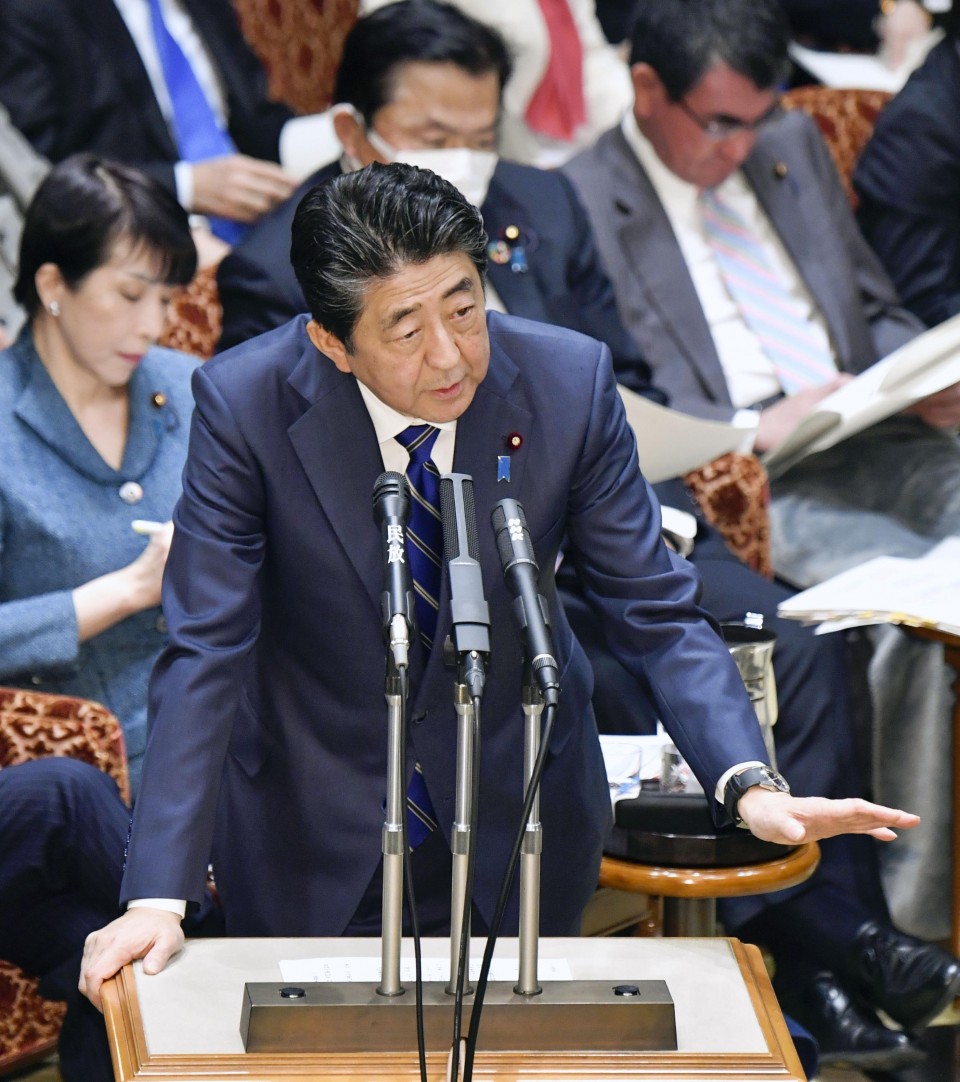 Parents who need to take time off to look after their children until the start of the new school year will receive financial support, Abe told a press conference on Saturday.

He has already asked organizers of big sports and cultural events to cancel or postpone them, raising concern about the potential economic impact.

The government unveiled its first emergency package totaling 15.3 billion yen in mid-February and allocated most of the money to meeting emergency medical needs, ranging from developing rapid-test kits and a vaccine to fight the pneumonia-causing virus.

The spread of the virus, which originated in the central Chinese city of Wuhan, to over 60 countries has raised fears of slowing global economic growth, causing major stock markets to plunge.

There are fears that the Japanese economy could be headed for a recession, hit by a double whammy of a consumption tax hike in October and the viral outbreak hitting both consumers and businesses.

In Tuesday's upper house parliamentary session, Makoto Hamaguchi, a lawmaker from the opposition Democratic Party for the People, urged the government to include additional funds to fight the coronavirus in a budget for the next fiscal year from April.

But Abe dismissed that, saying funds had been earmarked in the fiscal 2020 budget for the government to address "various downside risks" to the economy.

"Whether additional spending will be needed depends on the impact of the coronavirus on the global and domestic economies, and we will carefully analyze it and take action without hesitation if necessary," Abe said.

The House of Councillors is deliberating on a record 102.66 trillion yen budget following its passage through the House of Representatives last week.

The ruling Liberal Democratic Party on Tuesday compiled a set of proposals to mitigate the negative economic impact of the outbreak and urged the government to consider an extra budget for fiscal 2020.