South Korea said Thursday it will pull out of a military intelligence-sharing pact with Japan that helps the neighboring countries counter threats such as North Korean missiles, amid an intensifying spat between them.

The government said Japan's actions on trade, namely its tightening of export controls on some materials crucial to South Korea's technology industry, have changed the whole security situation, making it inappropriate to share sensitive information such as military intelligence.

The termination of the General Security of Military Information Agreement, or GSOMIA, is the latest product of deepening enmity between South Korea and Japan over wartime history and trade issues.

"We could not but reconsider the utility of the accord, given the fact that Japan has turned history issues of the past into security issues," a government official said, emphasizing that the decision, made at a National Security Council meeting, stemmed from Japan's recent trade measures. 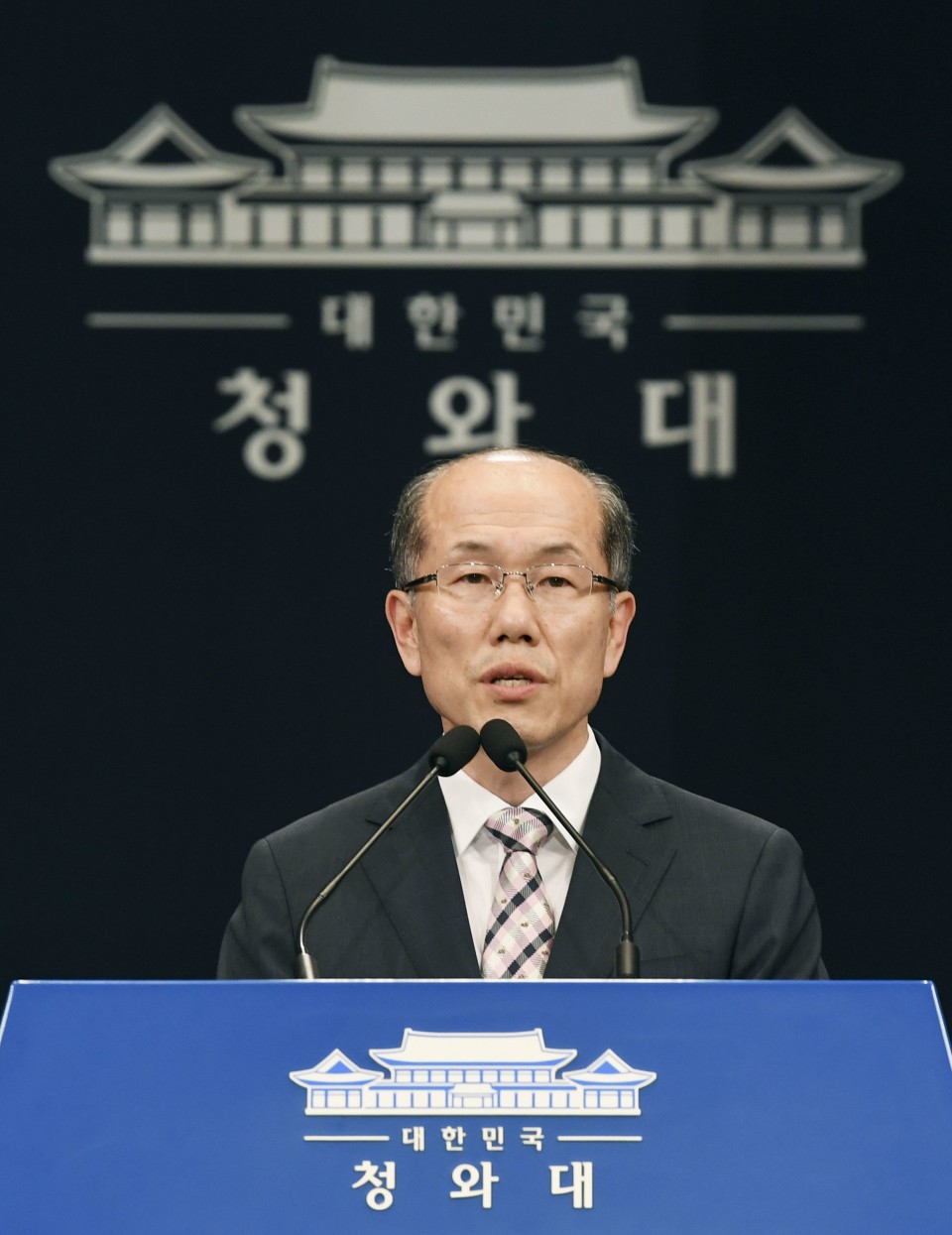 "If Japan takes back its unfair retaliatory moves and the two countries recover their friendliness, (the government) could possibly reconsider many measures including GSOMIA," the official added.

Speaking to reporters after returning from China, where he held talks with his South Korean counterpart Kang Kyung Wha, Kono said the decision "completely misreads the security situation in Northeast Asia," especially in the wake of North Korea's recent firings of short-range ballistic missiles.

He said he summoned South Korean Ambassador to Japan Nam Gwan Pyo to his ministry to lodge a protest over the decision.

Kono had earlier this week called GSOMIA an important component of the two countries' security cooperation that should be maintained.

Japan protests to S. Korea over cancelation of intel pact

Signed in November 2016, the pact was facing a deadline on Saturday for either side to give written notification of their intent to pull out. Without such notification, it would have been automatically extended for another year.

Kang said after the decision that the termination issue is separate from South Korea's staunch alliance with the United States as it is an issue of trust between Seoul and Tokyo.

"We encourage Japan and Korea to work together to resolve their differences. I hope they can do this quickly. We are all stronger -- and Northeast Asia is safer -- when the United States, Japan, and Korea work together in solidarity and friendship," he said.

During their talks in Beijing, Kono and Kang failed to bridge the gap between them over a variety of issues, including a series of South Korean court decisions ordering compensation for forced labor during Japan's colonial rule of the Korean Peninsula from 1910 to 1945.

Japan has railed against the rulings, saying the issue was settled by a 1965 bilateral accord under which it provided South Korea with a $500 million lump sum.

On July 4, Japan began requiring case-by-case approval for exports of some materials that are crucial to the South Korean technology industry. Then on Aug. 2, it decided to remove South Korea from a list of countries that enjoy minimum trade restrictions on goods that can be diverted for military use.

South Korea has since taken Japan off of its own "white list" of trusted trade partners and announced tighter restrictions for importing coal ash and some waste recycling materials from Tokyo.

The tit-for-tat measures came amid a wave of outrage in South Korea over what is seen as Japan's failure to own up to wartime atrocities. Boycotts of Japanese products have sprung up across the country and some airlines have suspended flights between the two countries due to a decrease in the number of passengers.

Gist of S. Korea's abandonment of intel-sharing pact with Japan

The following is the gist of South Korea's explanations Thursday on why it has decided to abandon a military intelligence-sharing pact with Japan.

-- Tokyo did not provide clear grounds for its decision to drop Seoul from "white list" of trusted trade partners.

-- It is inappropriate to share sensitive information with Japan.

-- Having intelligence-sharing pact with Japan does not meet national interest.