Princess Mako, a niece of Emperor Naruhito, visited the ancient Inca ruins of Machu Picchu in Peru on Saturday as part of her six-day visit to the country.

The 27-year-old princess took a two-hour tour to a temple and canals on the ruins on a mountaintop at an altitude of about 2,400 meters.

"There's something words can't describe," the princess said, as she looked down on the UNESCO World Heritage-listed citadel from a nearby hill. 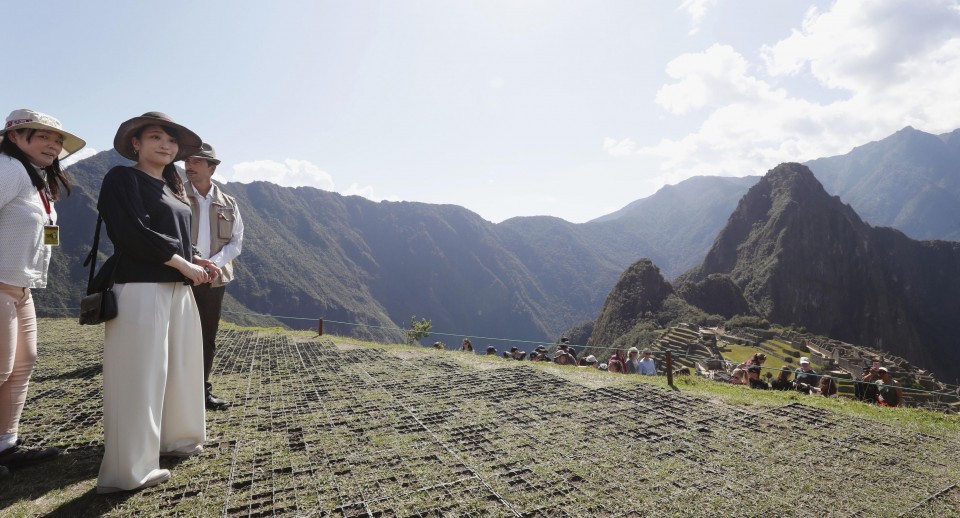 The elder daughter of Crown Prince Fumihito, the emperor's younger brother, visited other sites Saturday including the village of Machupicchu at the foot of the mountain, where she was greeted by the village chief and a descendent of former chief and Japanese immigrant Yokichi Nouchi.

Nouchi, born into a wealthy farming family in Fukushima Prefecture, came to Peru in 1917 and later served as village chief soon after World War II.

Princess Mako is on her official trip to Peru and Bolivia to mark the 120th anniversary of the start of Japanese immigration to the South American countries. She is scheduled to visit Bolivia from Monday for six days. 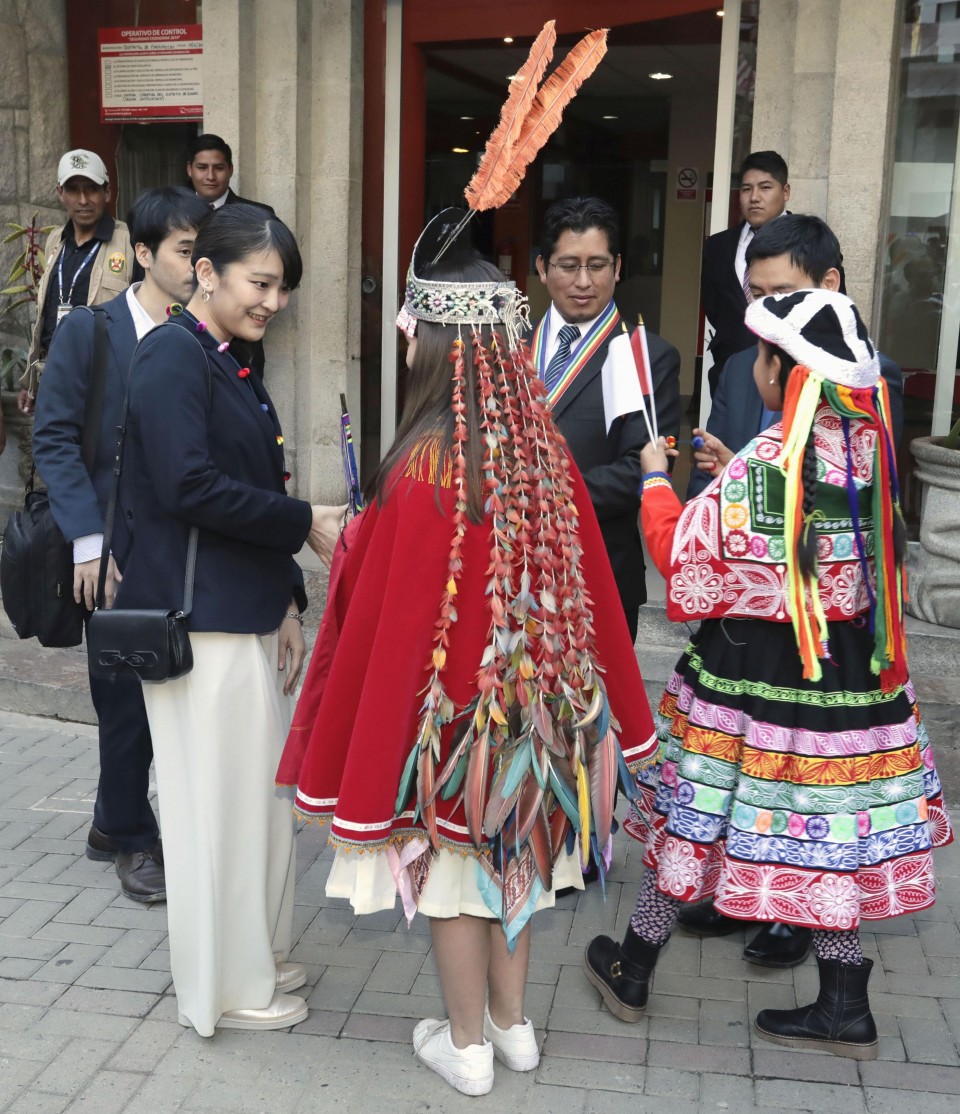