Japan's Princess Mako, a niece of Emperor Naruhito, paid a courtesy call on Peruvian President Martin Vizcarra on Thursday in Lima during her visit to mark the 120th anniversary of the start of Japanese immigration to the South American country.

"I hope Japan and Peru will together develop," the 27-year-old princess, the elder daughter of Crown Prince Fumihito, said during the meeting at the president's office.

Their 25-minute meeting was preceded by a guard of honor formed for the kimono-clad princess by the Peruvian military. 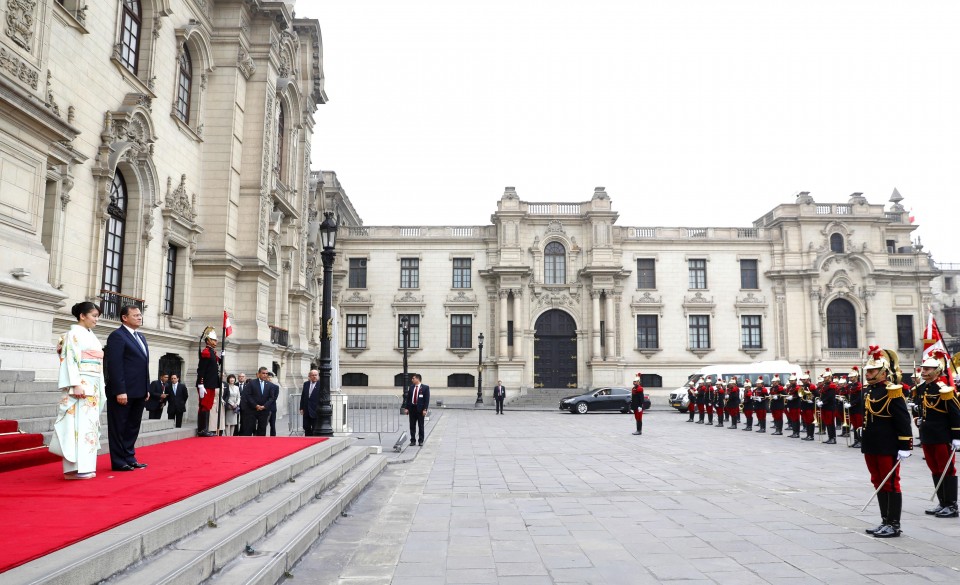 Following the meeting, the princess attended a luncheon with the president and his wife and thanked the Peruvian government and the people of Peru for welcoming immigrants from Japan since the first group arrived in 1899.

The princess, who arrived in the country on Tuesday, is on her first official overseas visit since the emperor's ascent to the throne in May. On Wednesday, she attended a ceremony marking the immigration anniversary and met with Peruvians of Japanese descent.

She is scheduled to travel to Bolivia on Monday to mark the 120th anniversary of the start of Japanese immigration to that country too, and return home on July 22. 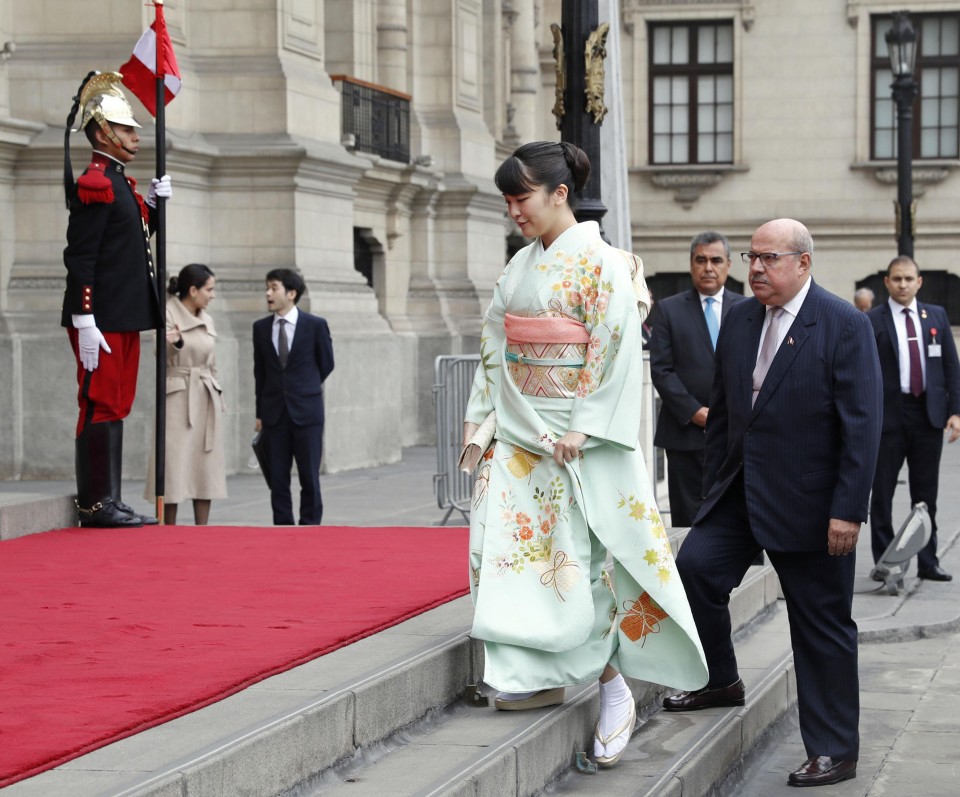 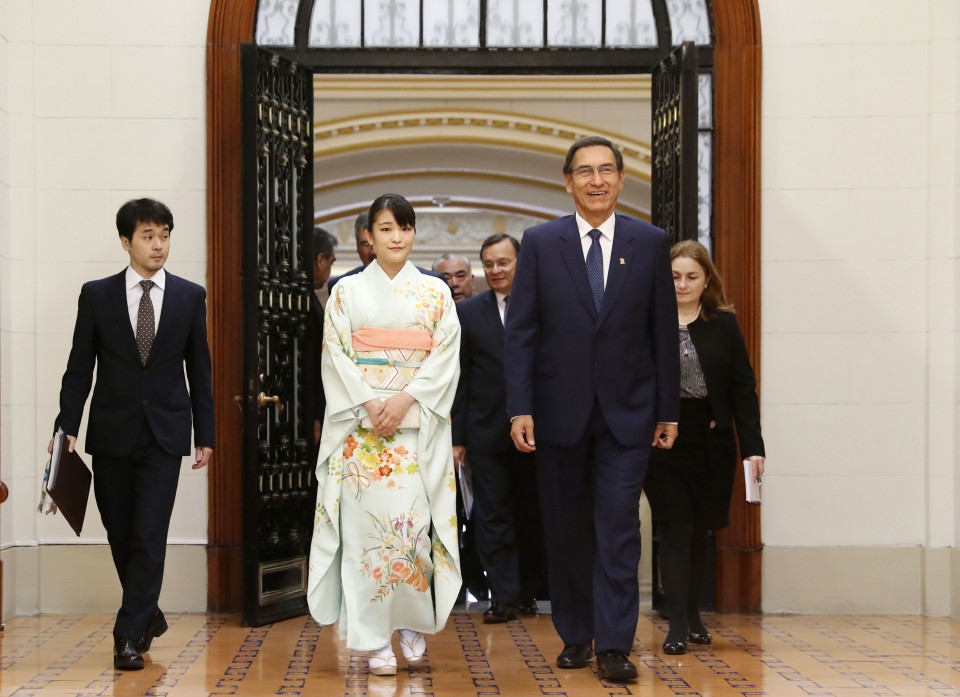