Japan's Princess Mako, a niece of Emperor Naruhito, paid a courtesy call on Bolivian President Evo Morales on Monday during her visit to mark the 120th anniversary of the start of Japanese immigration to the South American country.

At the presidential office in the city of La Paz, the 27-year-old princess conveyed a message from the emperor and Empress Masako to the president in which they said they wish "to deepen the relationship of the two countries on the occasion" of the immigration anniversary. 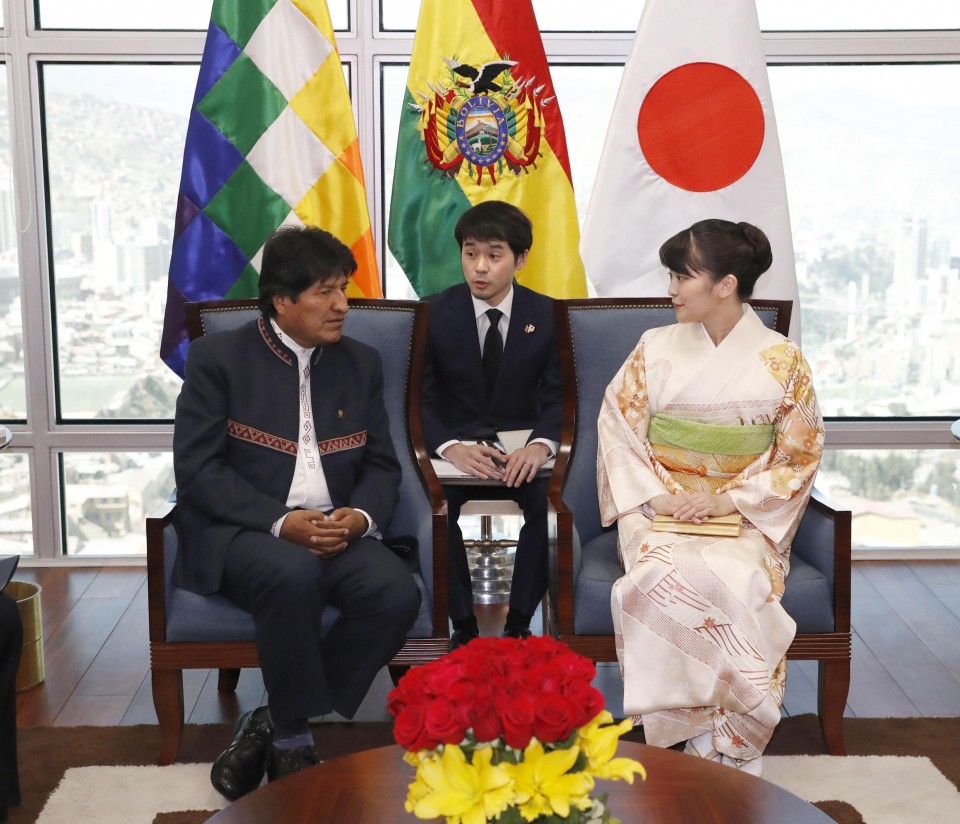 There are an estimated 11,350 Bolivians of Japanese descent, according to the Japanese Foreign Ministry. The Bolivian president told Princess Mako to send his best regards to the imperial couple.

Guided by the president, the kimono-clad princess later moved to the rooftop of the 29-story presidential office building and enjoyed seeing rows of reddish brown buildings nestled in a mortar-shaped basin surrounded by the Andes Mountains. 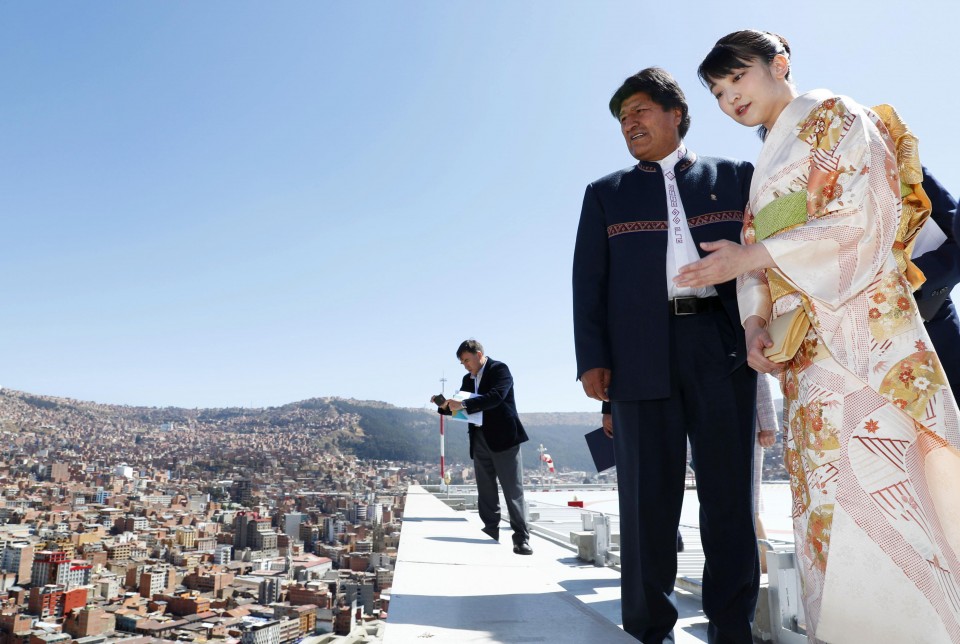 At a luncheon, Princess Mako said she is looking forward to experiencing Bolivia's attractions. After that, she got on a cable car used by locals in the city, which is located at an altitude of around 3,700 meters, and took in a view of the streets and the surrounding mountains. 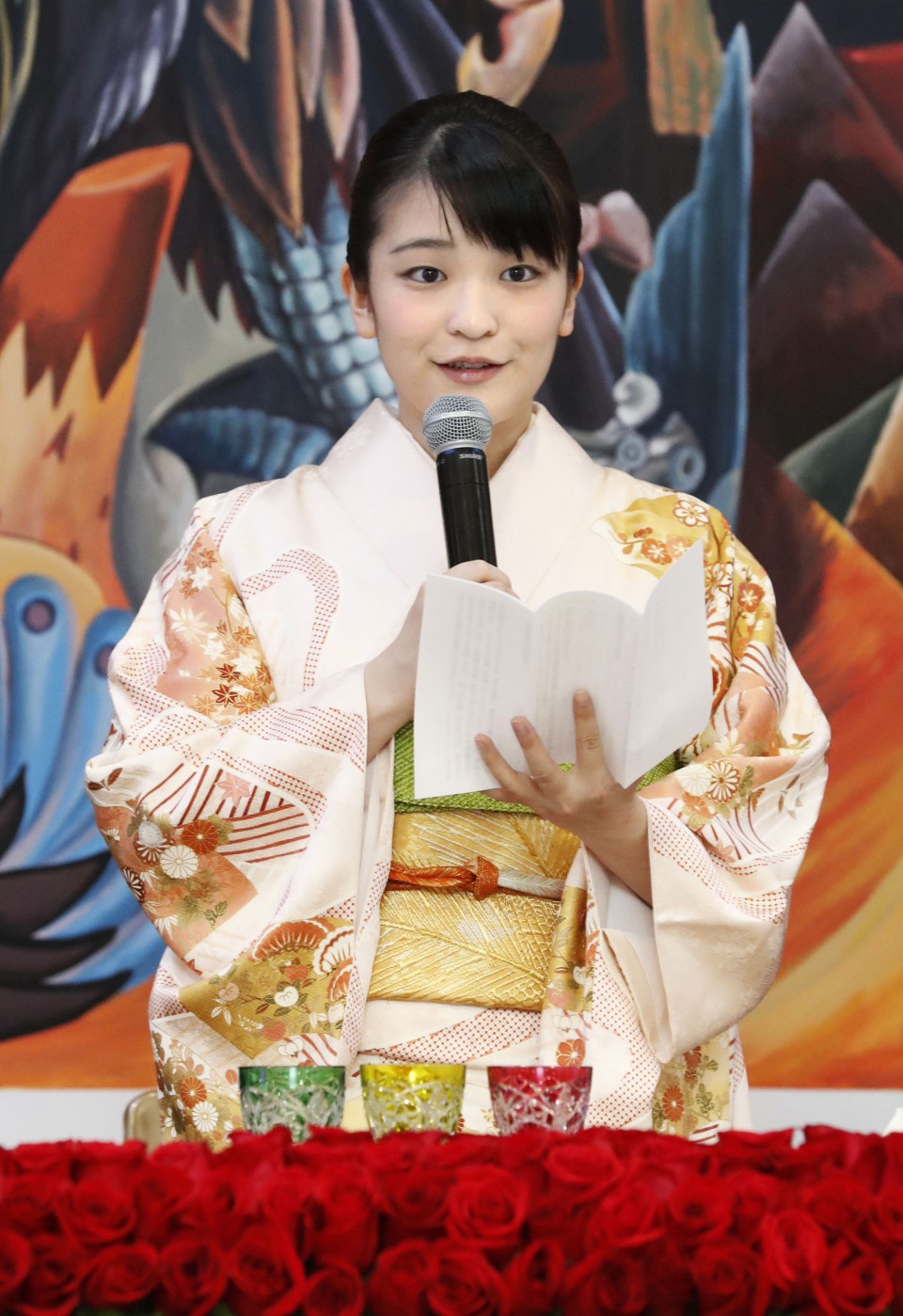 Her stay in Bolivia follows a visit to Peru from July 9 to mark the 120th anniversary of the start of Japanese immigration to that country as well. It is her first official overseas trip since the emperor's ascension to the throne in May.

The princess, who is the elder daughter of Crown Prince Fumihito, the emperor's younger brother, will return home on July 22.