Emperor not alone in abdicating, as examples in other countries show

Japan's Emperor Akihito will become on Tuesday the country's first monarch in more than 200 years to relinquish the throne, but around the world such abdications are not uncommon.

Including Commonwealth nations, the world has over 40 countries with some form of monarchy, the structure of which varies widely. Unlike Japan, which only allows male imperial family members to ascend the throne, many recognize female succession and a number of monarchs have stepped down recently due mainly to old age.

In the Vatican City State, which is governed as an absolute monarchy, Pope Benedict XVI shocked the world when he announced his resignation in February 2013 at the age of 85 after nearly eight years in office. Pontiffs are normally expected to serve until death, but Pope Benedict, citing a lack of strength due to his advancing age, became the first pontiff to voluntarily step down in about 600 years.

In the Netherlands, Queen Beatrix announced her abdication in January 2013 at the age of 74 following a reign of 33 years, saying she is convinced that the "responsibilities of our country should be passed on to a new generation." 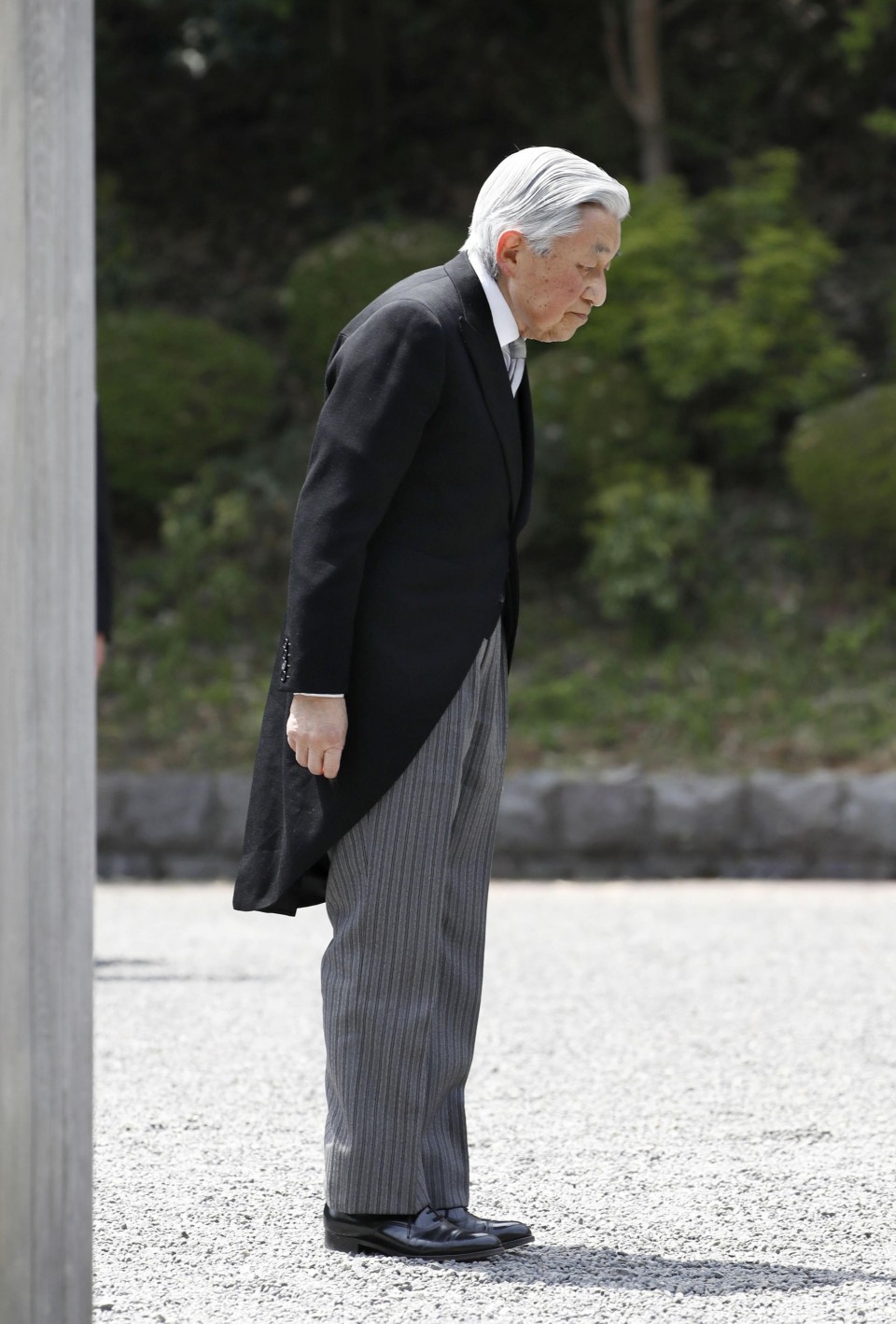 Her son Prince Willem-Alexander succeeded the throne later that year. She was the third successive Dutch monarch to abdicate.

In Belgium, King Albert II abdicated in July 2013 at the age of 79, after reigning for some 20 years with his son Prince Philippe, 59, succeeding the throne.

Unlike the Dutch Constitution, which includes a clause for ascension after a monarch's abdication, the Belgian Constitution only stipulates regents. Therefore, Belgium finalized proceedings for the royal succession by having a justice minister recite a deed.

Although the Belgian king cited his old age, many believe allegations of an illegitimate child -- and the development of a court case over the matter -- compelled him to step down.

Sculptor Delphine Boel, 51, claims she is an extramarital daughter of the king and has filed a lawsuit to determine her paternity. Her mother has admitted to having an affair with him, but the king has refused a court order to submit DNA samples.

The royal family acts as the glue which ties together the northern Dutch-speaking and the southern French-speaking regions. Therefore, many have expressed disappointment at the scandal involving the former monarch.

In Bhutan, a Himalayan country sandwiched between China and India, the sudden announcement in 2005 by King Jigme Singye Wangchuck, 63, that he was abdicating in favor of his son King Jigme Khesar Namgyel Wangchuck, 39, shocked the kingdom.

The former king ascended the throne in 1972 when he was 16 following the death of his father. In a country with a population of about 800,000, the former king pursued gross national happiness over economic gains, but nevertheless managed to achieve steady economic growth for the landlocked country.

Although many cried over the king's relinquishment of the throne, Kinley Dorji, 61, a former secretary of the Bhutanese information and communication ministry, said, "The king's abdication is like a very big Buddhist teaching." 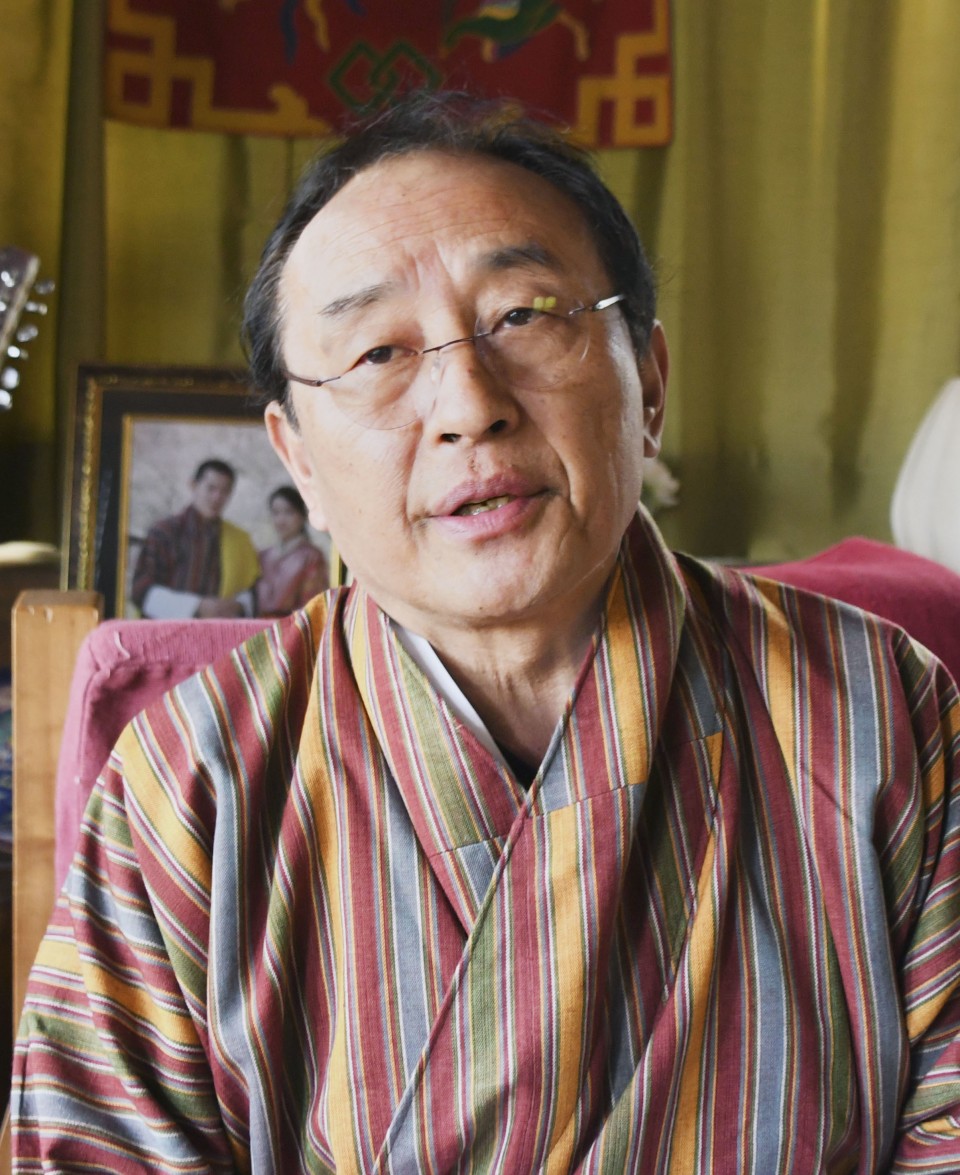 According to him, the former king's sudden abdication exemplified the Buddhist teaching of impermanence, that death will eventually come to us all. Bhutan is a predominantly Buddhist country.

In 2008, a new Constitution of Bhutan under King Jigme Khesar Namgyel Wangchuck transitioned the country from an absolute monarchy into democracy with a constitutional monarchy. The supreme law makes it compulsory for kings to retire at the age of 65.

"If you are really old and sick, you can't take responsibility. When you're older, maybe you deserve to retire peacefully," he said. "I think people should respect that."

In contrast to some monarchs who voluntarily step down, Britain's Queen Elizabeth II, 93, currently the world's longest reigning monarch at 67 years, is believed to have no intention to abdicate.

In a speech she made on her 21st birthday in 1947, the future queen vowed to dedicate her life to the Commonwealth, a declaration she made before ascending to the throne in 1952.

Although the queen continues to carry out official engagements, their number has been reduced as she ages, while her son Prince Charles, 70, and other members of the royal family conduct official duties in her stead.

In 1936, Elizabeth's uncle, King Edward VIII relinquished the throne less than a year after enthronement. The future queen is believed to have been shocked by his abdication, prompted by his desire to marry Wallis Simpson, an American socialite with a history of divorces.

Some see the chaos caused by the sudden abdication of her uncle as a potential reason behind the queen's negative attitude toward the abdication.

To this day, Queen Elizabeth enjoys strong public support, with many wishing her not to step down. A royal-family watcher said Prince Charles may act as regent when his mother turns 95.