Thousands of police officers will be deployed to enhance security in central Tokyo, as areas surrounding the Imperial Palace are expected to overflow with people celebrating the beginning of Japan's new era on May 1.

Extra security measures to tackle potential threats and accidents will be implemented during Emperor Akihito's abdication on April 30 through the ascension of Crown Prince Naruhito on May 1.

"We will endeavor to create a peaceful environment for the imperial ceremonies," Tokyo Metropolitan Police chief Masamitsu Miura told a meeting Wednesday. "We will not allow troublesome incidents to affect (them)."

Ceremonies for the abdication and the ascension will take place at the palace during the two days, with well-wishers allowed entry to congratulate the new emperor on May 4. 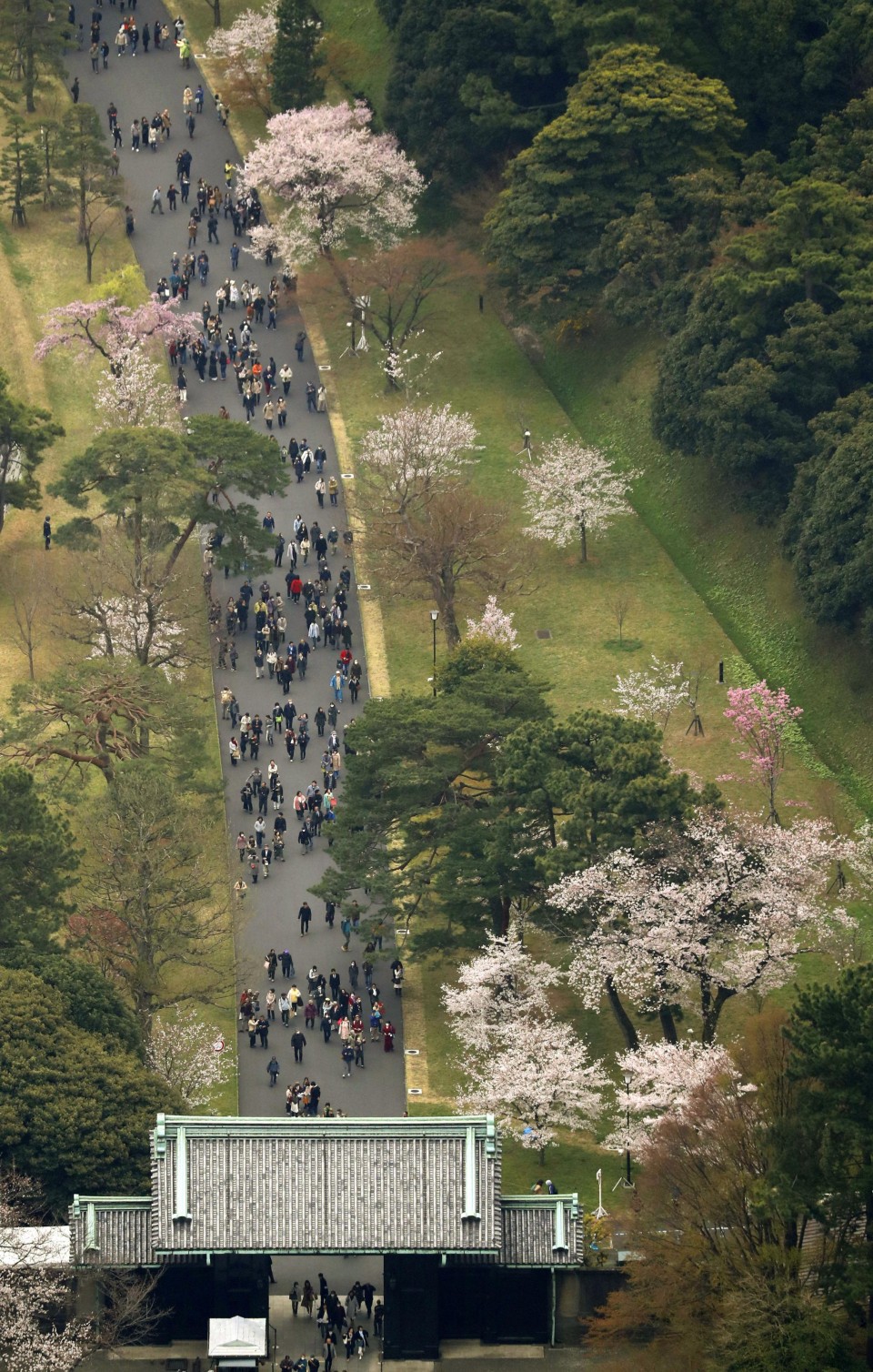 Extra security measures on the two days as well as May 4 around the palace will include the dispatch of the Emergency Response Team and a force for handling drones. The police will also increase car inspections and patrols for suspicious objects.

With many restaurants in the capital planning countdown events from April 30 to May 1 to celebrate the change of era, large crowds are expected to flock to the Shibuya shopping and entertainment district, similar to those seen at Halloween and New Year.

The beginning of the Reiwa era is expected to differ from Emperor Akihito's ascension and the Heisei era 30 years ago, when the country was mourning the death of his father Emperor Hirohito, posthumously known as Emperor Showa.

"Unlike the somber mood and attire seen during the beginning of the Heisei era, there is a possibility that things may become disorderly," a police official said.