Rugby: Siya Kolisi welcomes rematch with Japan despite memories of 2015

Despite unhappy memories of their previous meeting, South Africa captain Siya Kolisi welcomed the announcement Monday that the Springboks will play Japan on Sept. 6 at Kumagaya Rugby Ground as a warm-up game for the 2019 Rugby World Cup.

Though having spent the past few days en route to Japan, for his role as an ambassador for electronics maker Panasonic, he was caught a little off guard by the news. 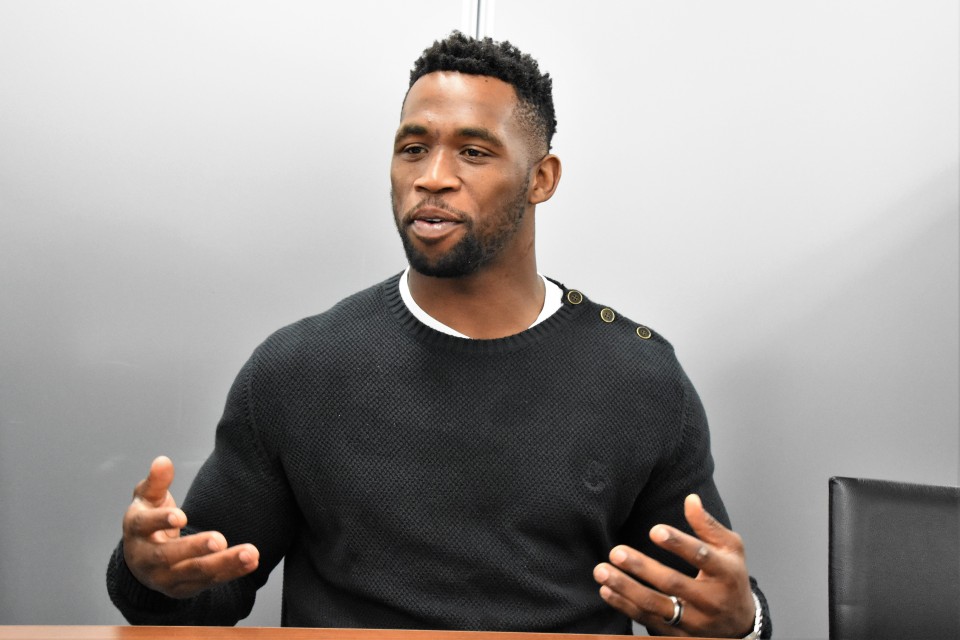 "I didn't even know about it. But it's exciting and really good," he told Kyodo News in an exclusive interview in Tokyo.

"Coming here to this side of the world will help as we get used to the temperature and things around (Japan)," he said.

It will also, he hopes, help to erase the memories of South Africa's 2015 World Cup defeat to Japan in Brighton, England.

Kolisi said his memories of that day "are not so good," particularly as he had to leave the field early, after coming on as a second-half replacement, to make way for a prop following a yellow card to Coenie Oosthuizen.

"It was a tough day for us as a team and it still hurts even now. But you have to give credit to Japan, they played really well," he said.

"You could see they really wanted the win and they were smart. We never thought it would happen, but it did, because they were really good on the day."

"It shook us a bit and it woke us up. (It) made us realize we had to be at our best at all times because at the World Cup, it's all on the day. Reputations count for nothing."

Despite the loss, South Africa still made the semifinal, but the 27-year-old back-row forward said the damage had been done.

"The only way we could have rectified things was us winning the World Cup. South Africa is a very proud nation. It was tough and people still make fun of it."

Rather than saying next year's game would be a shot at redemption, Kolisi said playing Japan would be a new experience for many of the current Springboks.

"We are a new team now," he said. "A lot of the guys that played that game are not around, so it's going to be a different game and we are really excited for the opportunity."

While playing the Brave Blossoms will be new, there will be familiar faces among the Japanese players from the Sunwolves in the Super Rugby competition.

"That will definitely help (our preparation) because a lot of the Japan players play for the Sunwolves. They play a different style and are a bit smaller than everybody else so they have to chop (tackle), and that's something we have to get used to."

One thing he recalled from 2015 was the never-say-die attitude of the Japan team.

"I love their confidence. I still remember in 2015 they had an opportunity to kick for poles to draw the game and they went for the win. That just shows how much confidence they have."

Such confidence will hold them in good stead when they host the tournament in 2019, Kolisi said.

"You saw what they did to us. They can do that at any time, especially at home. It makes a huge difference when you have home support," he said.

Any side in the Top 10 is capable of winning the World Cup, according to Kolisi, who said the key would be adapting on and off the field.

"You have to adapt. That's the thing about test rugby. Whoever adapts quickest is going to have a better chance of winning the game," he said.

"We've worked very hard not to be one-dimensional. We can kick, we can run, we can maul and our backs have been doing very well this year. It's something we've worked hard on and pushed hard on."

And while the opening game is "important is so many ways," the fact remains, "If you are going to win the whole thing you have to beat everybody."