For Fukuoka, hosting the 2019 Rugby World Cup is the perfect opportunity to build a reputation as one of the most attractive sporting cities in Asia.

Although the city has a rich rugby-playing tradition, organizers are resorting to some creative ways to get locals out to watch games, including incorporating a rugby-loving manga character in hopes of drawing more new fans to the sport.

The port city on Kyushu's northern coast has long been a gateway to the rest of Asia, with records showing nearby Dazaifu played a key role in diplomacy with China and the Korean Peninsula from at least the seventh century. Fukuoka built its fortune on trade and today is a popular destination for tourists from abroad.

Because of this history, the locals are known for their hospitality toward out-of-towners, making it well-suited to host an event that will bring hundreds of thousands of overseas spectators to the island nation. 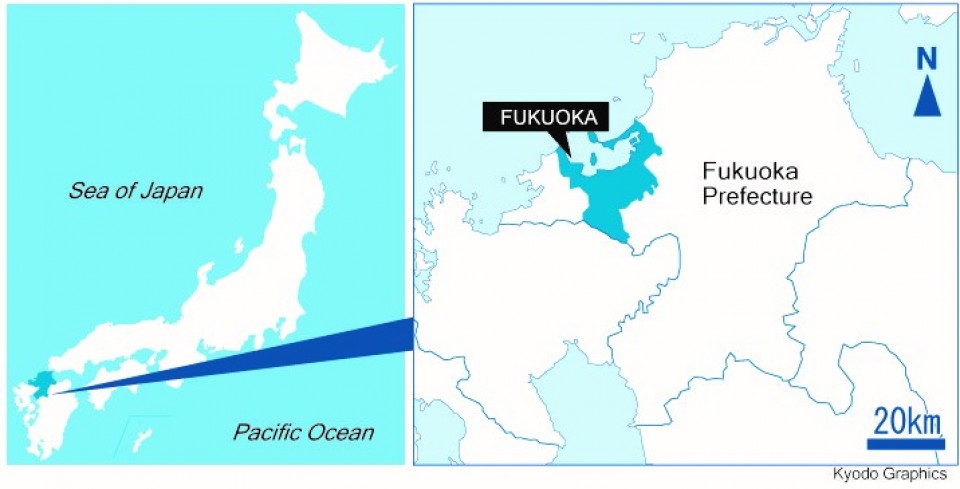 "We want to showcase to the world Fukuoka's appeal as an international sporting city," says Mayor Soichiro Takashima.

The 22,500-person capacity stadium will be the venue for three matches -- Italy versus a repechage winner on Sept. 26, France against the United States on Oct. 2, and Ireland against Samoa on Oct. 12.

Preparations are already under way, with renovations completed including installing new seats with the city's name in huge letters on them and adding a second large screen behind the goalposts. The stadium lights have also been made brighter, and the turf is currently being replaced.

Fukuoka is no stranger to rugby, producing Ayumu Goromaru, the fullback who rose to fame for his performance at the 2015 World Cup, and Higashi Fukuoka High School, an all-male institution that has won the national championship an impressive six times in the last 11 years.

"There are a lot of (rugby) clubs and it's a good environment for kids to get started," says Kazuhiro Haraguchi, who coaches middle schoolers at the Kusagae Young Ruggers Club where more than 200 children train.

Soon after the city was chosen among the 12 to host the World Cup, organizers realized that the real challenge was getting people who were more used to playing the game excited about going to watch it.

"Our goal is to have a full stadium, but we still don't have the level of public anticipation that we want to see," says Kazuhiro Shinohara, the executive director of the local organizing committee. "People here think that rugby is something you play, not something you watch," he says.

There are two local teams that compete in Japan's Top League, the Coca-Cola Red Sparks and the Munakata Sanix Blues, but neither has anywhere near the popularity of the city's successful professional baseball team, the SoftBank Hawks. 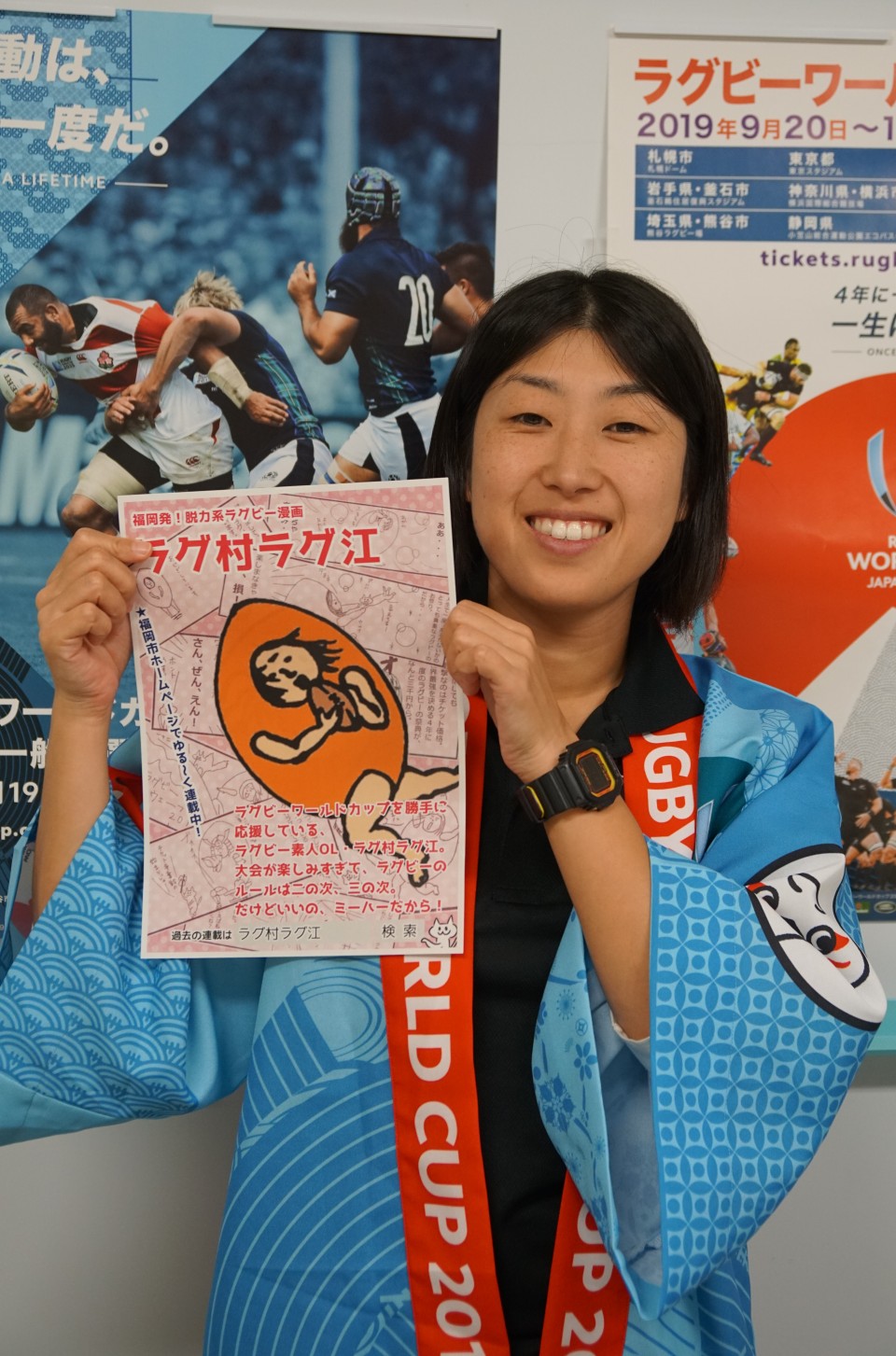 (Kinue Yoshimura holds up a flyer for "Ragu-mura-Ragu-e," a comic strip she created to promote the 2019 Rugby World Cup)

Kinue Yoshimura barely knew anything about rugby before becoming a staffer on the organizing committee, where she wound up because of her job as a public servant in the city government, and she knew there were many more like her. So the 34-year-old decided to begin a comic strip in hopes of creating more rugby fans.

The comics, which are drawn in a simple, doodle-like style, star a woman named "Ragu-mura-Ragu-e," dressed in a giant rugby ball costume. The name is a play on words of the woman's name.

Like her creator, Ragu-mura has no experience playing or watching rugby, but after learning that one of the world's largest sporting events is coming to town decides she needs to get involved. She starts by going to a match and, despite not knowing the rules, immediately becomes hooked because of the impressive physicality of the athletes.

The comics, which she says takes her about an hour to illustrate, are published on the city government's website once every two weeks. There are already dozens of them and she jokes that lately she is stretched for content.

"But I plan to keep drawing until the World Cup. I still haven't decided what the finale is going to be," she says.

While the task at hand is filling seats, Shinohara of the local organizing committee says the ultimate goal is to leave a lasting impact on the community.

"And that doesn't just mean the changes to the stadium. We want rugby to become more popular in Asia as a whole," he says.

The city is already making moves on that front. In October it hosted the inaugural Asian Rugby Exchange Fest, a competition featuring middle schoolers from Bangladesh, Brunei, Japan, Macau, Malaysia, the Philippines, Sri Lanka, and Taiwan.

Shinohara says he wants to make this an annual event, hoping to see the sport spread past its roots in Europe and the Southern Hemisphere.

"That's the legacy we want to leave behind," he says.