Kumagaya may not boast any world heritage tourist attractions, but locals in the city in Saitama Prefecture hope foreign visitors will enjoy its quaint lifestyles, food culture, temples and natural beauty during the 2019 Rugby World Cup.

The Kumagaya Tourist Bureau has been training guides to accommodate tourists from overseas, expecting an influx when the city hosts three matches in the tournament. Aside from events such as the Uchiwa paper fan festival held annually in July, Kumagaya has little experience of receiving such crowds.

The guides have thought up tour ideas, such as "praying for rugby victories" at Shinto shrines, or making local "gokabo" confectionery -- a sweet cylindrical pastry that combines kinako (soybean flour) with crunchy white rice.

Japanese tea ceremonies, demonstrating the preparation and presentation of matcha powered green tea is always a favorite among foreign tourists, while drinking local craft beer while strolling along the Hoshikawa River is another activity planned for the less traditional of revelers.

Kumagaya will host Russia vs Samoa on Sept. 24, Georgia vs Uruguay on Sept. 29 and Argentina vs the United States on Oct. 9.

There is also a plan to let tourists try making udon noodles using the wheat flour grown in the city and then eat them at the Yorimichiya noodle restaurant, located five minutes by foot from Kumagaya Station. 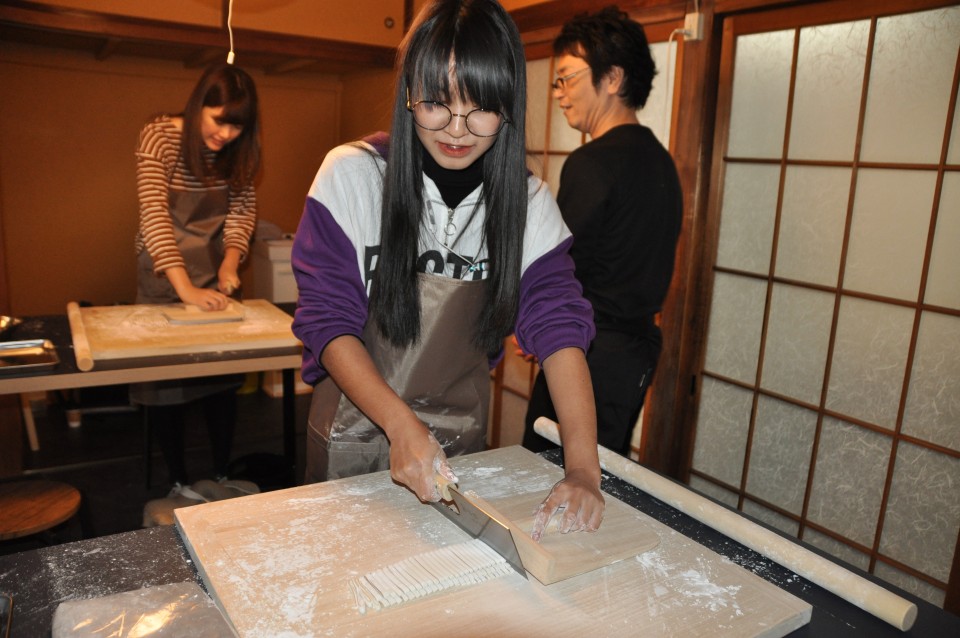 Saitama is the largest producer of wheat in Japan, a reason why "furai," a grilled wheat-and-water thin pancake with various fillings like scallions, seafood and pork, is also a typical local delicacy in Kumagaya.

"Kumagaya noodles are one of a kind and cannot be tasted anywhere else. I hope visitors will enjoy the distinct aroma of the homegrown flour and get tips to make udon noodles even at home," said Koji Miyasako, who opened his restaurant by renovating a Japanese-style home this fall.

At a workshop, participants will press udon dough using their hands and feet, and flatten it with a rolling pin before cutting out pieces of the same width using a knife.

As Kumagaya has gained a reputation for being the hottest city in the country -- a record high of 41.1 C was set there during the heat wave that struck Japan in July -- many stores serve "Yukikuma (snow bear)" shaved ice, a snow cone made from the city's local underground water that is a perfect foil to the summer heat.

Another treat for the taste buds in the city: Kumagaya's beef and pork grilled tripe.