Four people died and at least eight people were injured Sunday in a fire at a sex service parlor in Saitama, north of Tokyo, local police said.

The blaze occurred at around 2 p.m. in a three-story building that houses the parlor, and one body was found on the third floor where a boiler room was located.

Firefighters and rescuers took six men and five women to hospitals but a man said to be in his 40s or 50s and two women believed to be in their 20s were confirmed dead.

Another woman, who once showed no vital signs, is now in critical condition, while others are deemed to have sustained minor injuries.

About 20 firefighting vehicles were mobilized to the scene 500 meters north of JR Omiya Station in response to calls from a number of people, with one saying the place was full of smoke and those inside could not get out.

It took five hours to bring the fire under control at the building with a total floor space of 195 square meters.

According to neighbors, it was windy when the fire broke out and black smoke was coming out of the building.

The parlor, called "Kawaii Omiya" and located in an adult entertainment district, had no problems with its fire protection facilities when Saitama city's fire department conducted an on-site inspection in June last year.

But at that time, the fire department said it instructed the parlor's operator to remove objects in a corridor to make space for people to evacuate in case of emergency, adding that the operator followed the instruction. 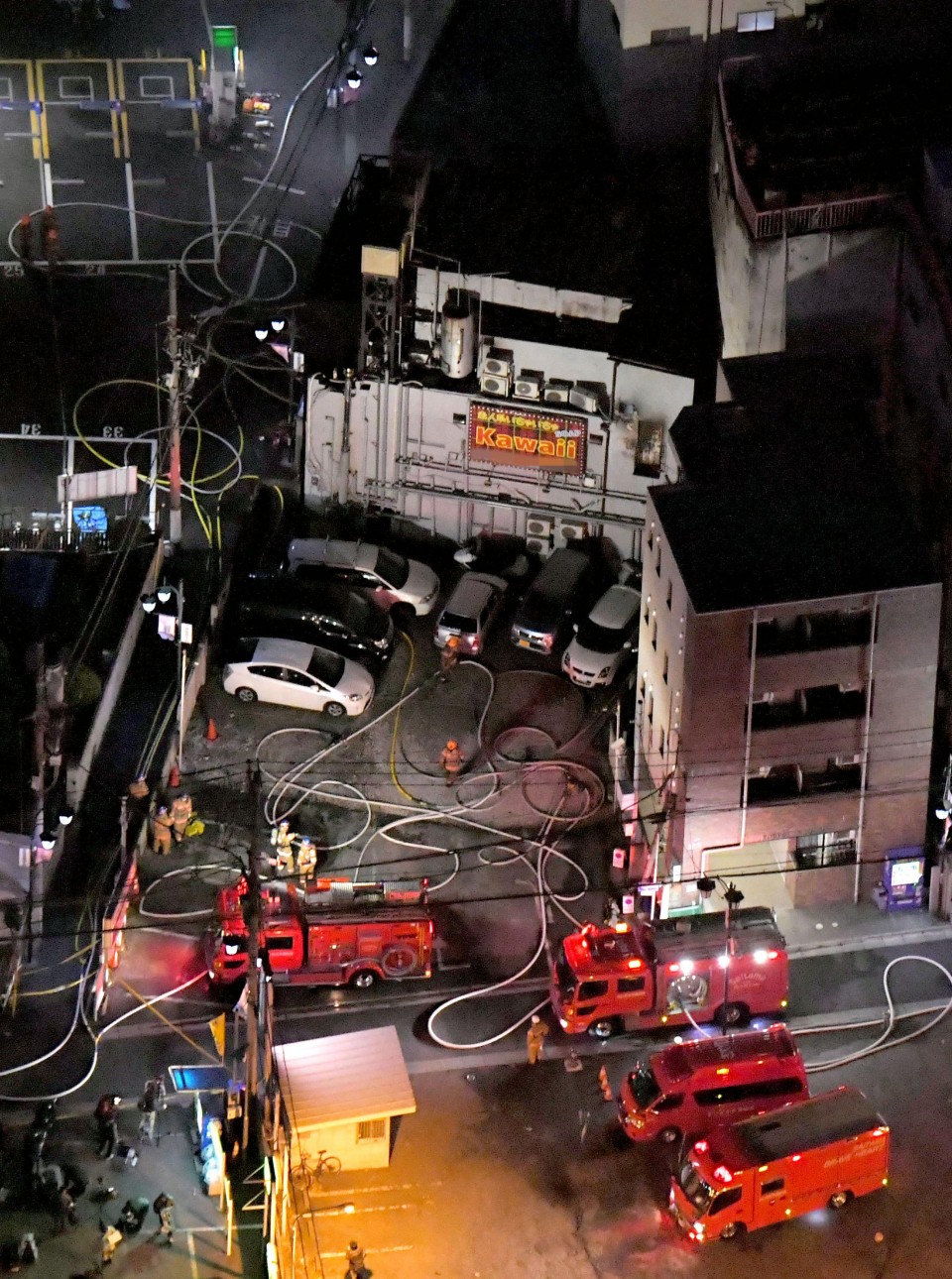