Japan's national team returned home Wednesday having surprised the world with group-stage wins over Germany and Spain in soccer's World Cup in Qatar, eventually exiting in the round of 16 on penalties to Croatia.

Samurai Blue manager Hajime Moriyasu and captain Maya Yoshida alongside other players such as Ritsu Doan and Junya Ito were welcomed back by a huge crowd at Narita airport near Tokyo. 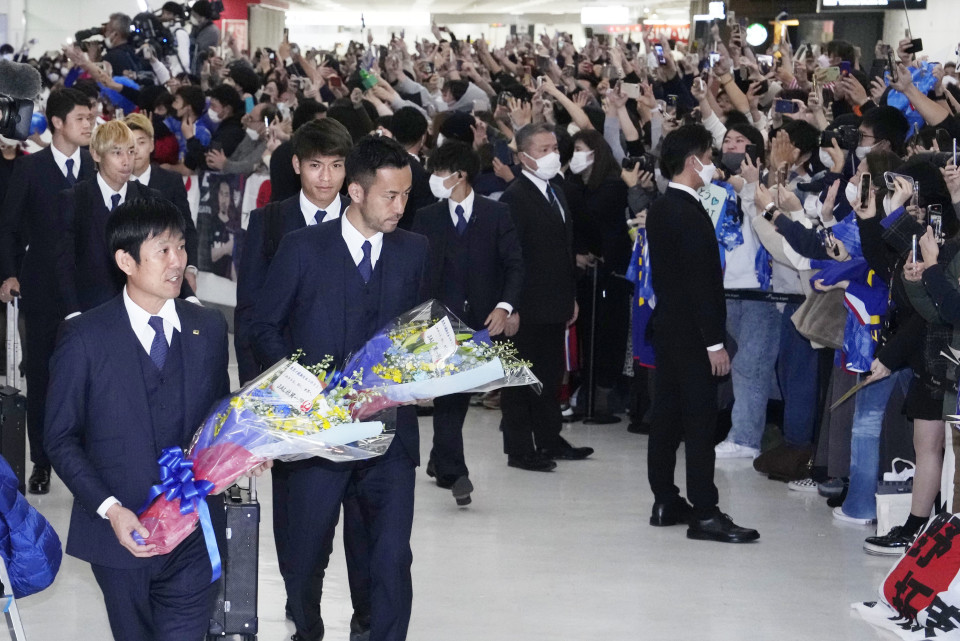 Japan manager Hajime Moriyasu (bottom L) and his players are welcomed home by fans at Narita airport, near Tokyo, on Dec. 7, 2022 after returning from the football World Cup finals in Qatar. (Kyodo)

Some of Japan's Europe-based players have returned to their clubs.

"With individual skills and team effort, our players proved we can be competitive on the global stage," Moriyasu told a press conference at a nearby hotel.

Moriyasu marked how Japan's footballing fortunes have turned around since 1993 when Japan were within minutes of booking their maiden World Cup berth in Doha. Instead, they were eliminated by a late Iraqi equalizer in a game Japan's stunned fans still remember as the Tragedy of Doha.

"We were able to defeat past World Cup champions with the support of people in Japan. We've risen from the 'Tragedy of Doha' to the 'Delight in Doha'," he said.

This time, Japan advanced to the round of 16 at consecutive World Cups for the first time but were unable to achieve their goal of reaching the quarterfinals. A 1-1 draw with Croatia was followed by a penalty shootout that eliminated the Samurai Blue. 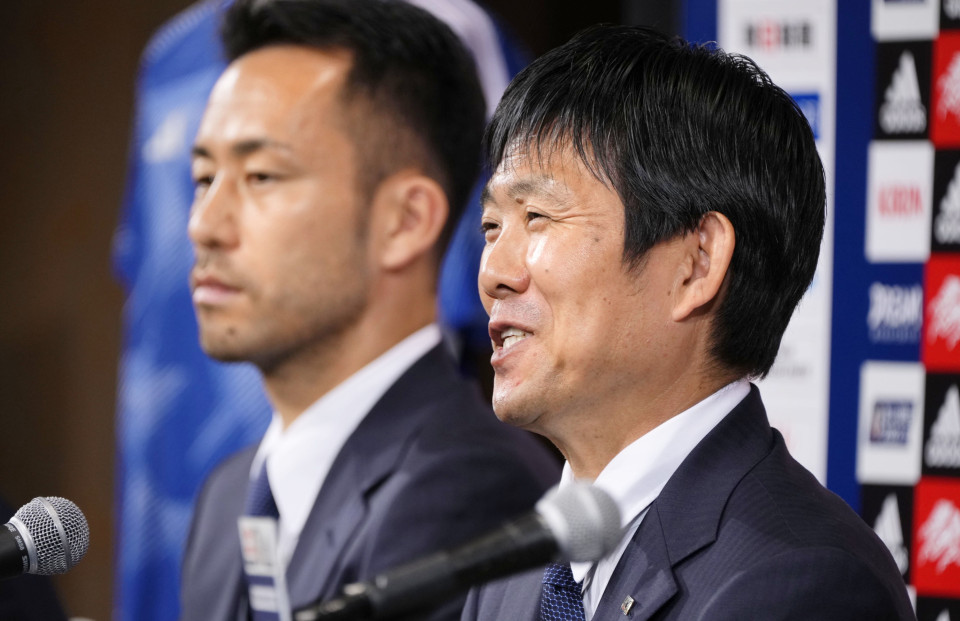 Asked what World Cup scene had made the greatest impression on him, Moriyasu said, "After the Croatia game, I remember our players' shocked faces, with some of them crying, showing their frustration. They made me think Japan will someday go beyond the round of 16."