Japan's memorable performance at the World Cup in Qatar will generate up to 16.3 billion yen ($120 million) in economic effects, according to a recent think-tank estimate, with the country's wins against giants Germany and Spain igniting renewed interest in the sport.

But the estimate by the Dai-ichi Life Research Institute, taking into account the impact of the COVID-19 pandemic, falls short of the 21.5 billion yen in economic effects forecasted for the previous World Cup in Russia in 2018. 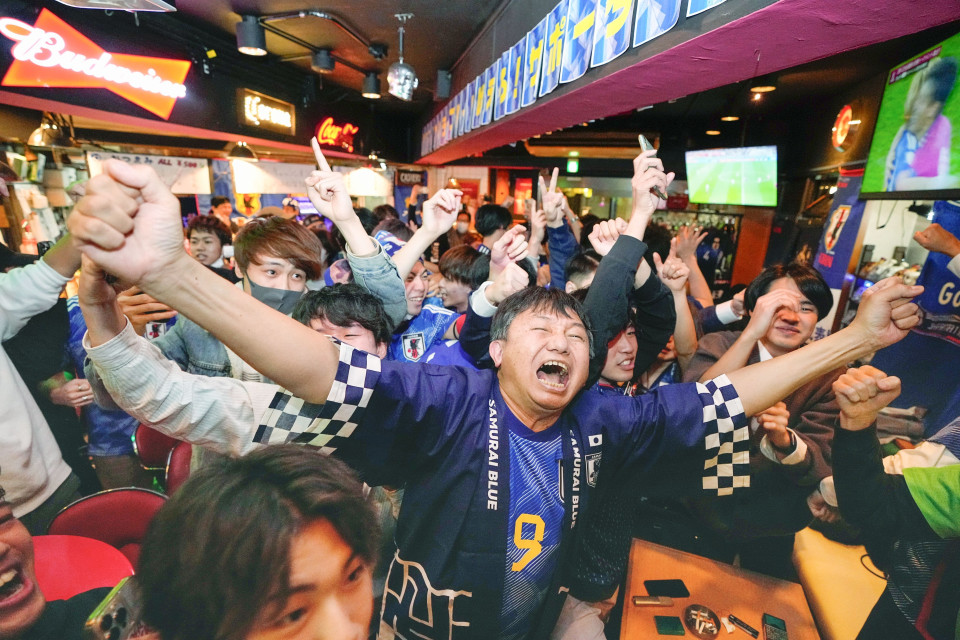 Japan supporters celebrate in Tokyo's Shibuya area on Dec. 2, 2022, after Japan advanced to the round of 16 by beating Spain 2-1 in a World Cup Group E football match in Doha, Qatar. (Kyodo) ==Kyodo

Samurai Blue's hopes of reaching the quarterfinals of the soccer tournament for the first time were crushed after the team lost to Croatia, the runners-up in 2018, in the World Cup round of 16 on Monday.

"Soccer's popularity had been waning before (the tournament), but the advancement of the team this time is likely to revive interest," said Toshihiro Nagahama, chief economist at the think tank.

Food and beverage-related sales, including sports bars and food delivery services, will total 5.2 billion yen compared with 7.2 billion yen for the previous tournament, according to the estimate.

While the pandemic is expected to result in fewer people traveling to watch the matches, users of fee-based media and food delivery services will increase, Nagahama said.