In preparation for the New Year, monks at Zentsuji Temple in the city of Zentsuji, Kagawa Prefecture, conducted the annual tradition of brushing the dust off a statue of Yakushi Nyorai, or the “Medicine Buddha,” earlier this month.

Enshrined as the temple’s principal deity, the wooden statue was completed in 1700 by renowned Buddha sculptor Kitagawa Uncho. It is cleaned every December as the temple gets ready to welcome visitors paying homage during the New Year period. 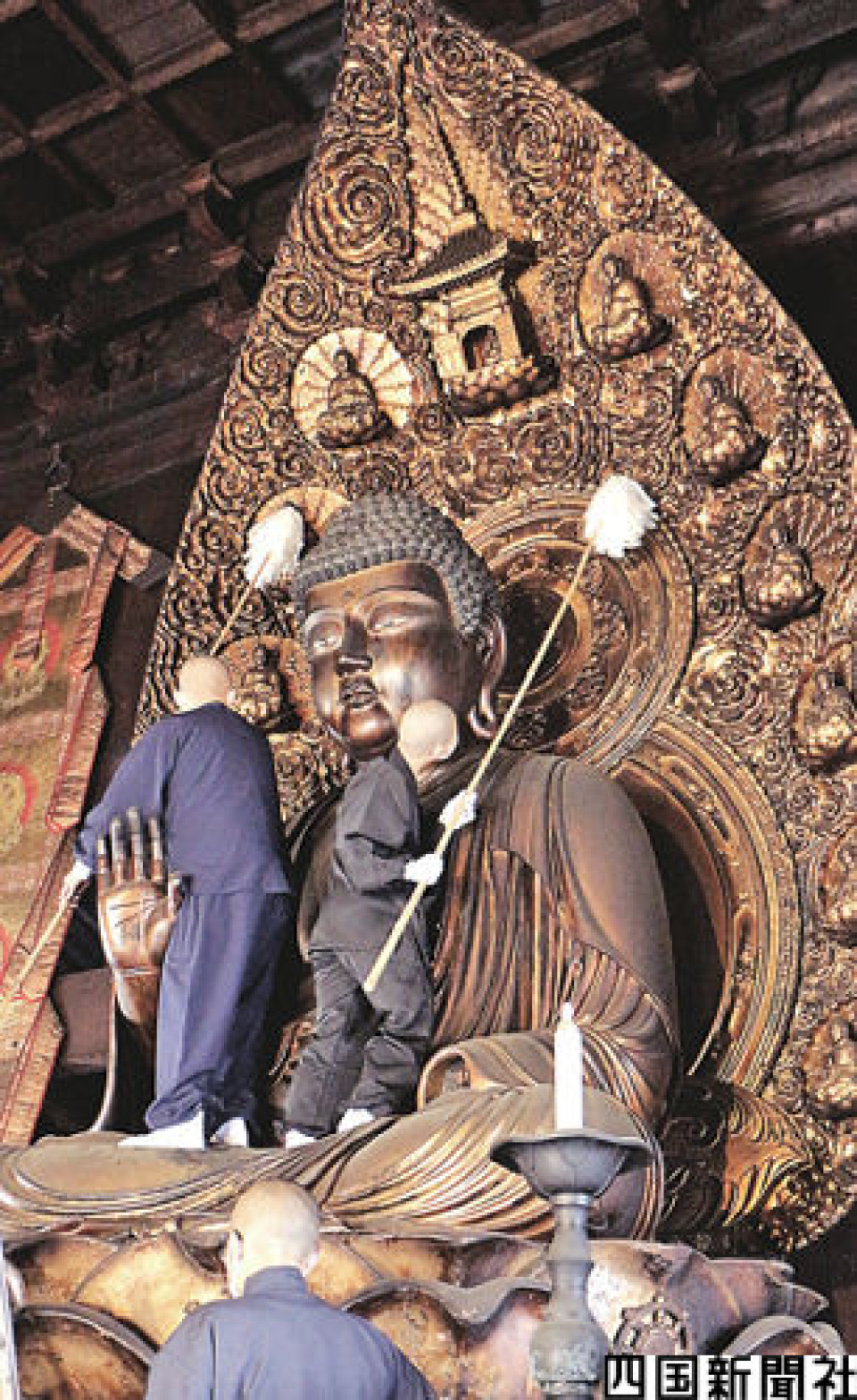 Monks use special dusters to clean a statue of Yakushi Nyorai at Zentsuji Temple in Kagawa Prefecture.

The seated figure, placed inside the temple’s main hall, is 6.6 meters tall from its pedestal to its halo and is designated by Kagawa Prefecture as tangible cultural property.

After a Buddhist sermon, monks and others in traditional work clothing diligently climbed onto the Buddha’s knee and carefully brushed the dust off the statue’s face and halo using three different types of special dusters made with traditional washi paper attached to the top of bamboo poles.

Smaller brushes were used to clean delicate parts of the statue such as around the eyes, wrinkles on the statue’s clothing and detailed areas of the lotus flower.

Other parts of the main hall were also given a thorough cleaning with bamboo dusters.

Zentsuji Temple will hold a daily service from Dec. 22, the day of the winter solstice, through Feb. 3, the traditional end of winter, to pray for good health. The first sermon of the New Year will start from the moment the year changes.

A free service of 1,250 servings of udon noodles to mark the start of the New Year will be provided by the Zentsuji city government.