MARUGAME, Japan - A police dog competition was held in Marugame in the western Japan prefecture of Kagawa to select contract dogs for the prefectural police in the next fiscal year from April 2023.
A total of 19 German Shepherds took part in the contest earlier this month, competing to sniff out a suspect's traces over a distance of 140 meters within three minutes. When the dogs found possible traces, they notified their trainers by lying down. 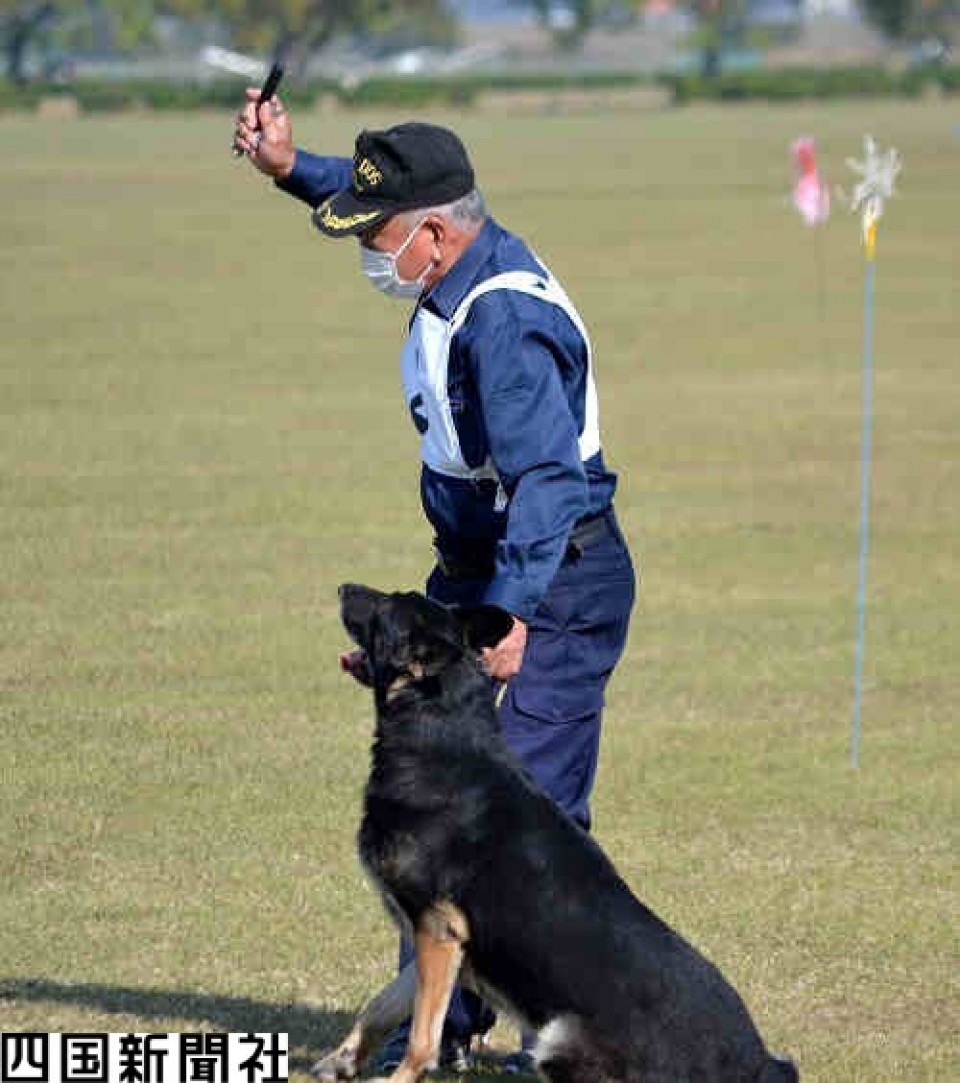 A trainer holds up an item found by his dog.
The annual event, the 69th this year, has been held to select contract police dogs and improve their abilities. At present, the prefectural police have 18 contract dogs working with them, in addition to three which are trained by the police.
Tadaaki Kawanishi, who has over 50 years of experience as a dog trainer, participated with Daniel, an active contract dog. "I was relieved that Daniel successfully completed the contest task. I will continue training Daniel so that he can contribute to police investigations," he said.